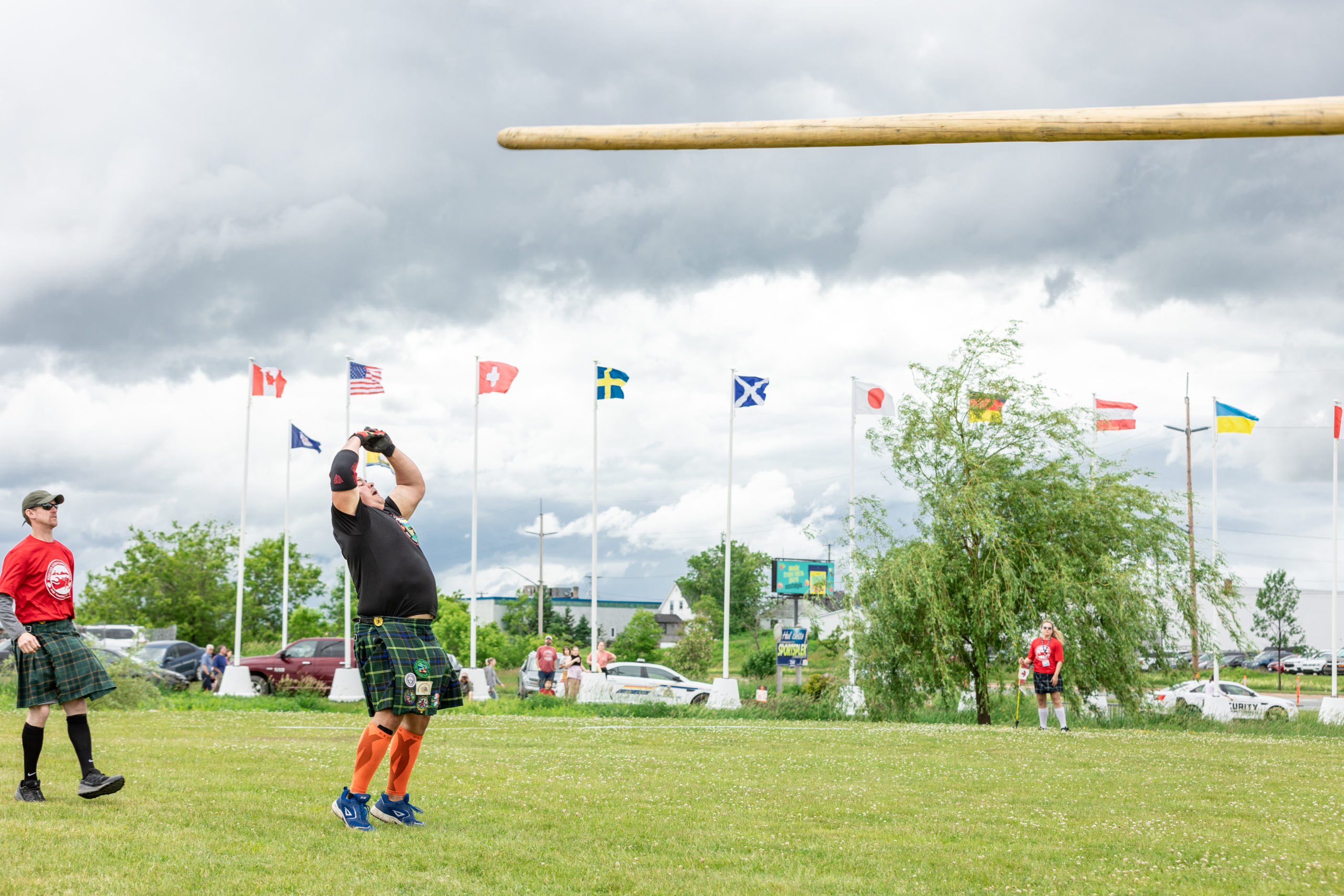 Moments of reverence were found among the revelry at the 16th annual Greater Moncton Highland Games & Scottish Festival, host of the 2022 SMAI Masters World Championships. The return to in-person events after a two-year hiatus touched each part of the international event with a tinge of celebration. The heavy events athletes and their fans cheered again and again as personal bests and world records were set. The crowd grew silent and touched by solemnity when Elsipogtog tradition bearer Joan Miliea welcomed them in Mi’kmaq with the Humbling Song and Honourary Chieftain Michael Yellowlees called on them to join him in the battle against climate change.

Hosting the largest Masters World Championships to date was an ambitious endeavour for an organization that only had 13 full in-person Highland Games under its sporran before now – but with true Scottish tenacity, a small and dedicated group of volunteers (with one part-time paid event manager) created a world-class event that celebrated art, music, culture, and the best of Maritime hospitality.

On one side of the complex, attendees watched as Midas Well Creations painted a reimagined Loch Ness monster while musical group after musical group took to the Lowlands Stage. Nearby, historical sword fighting techniques were tested in competition while blacksmiths Dave Bell and Kyle Strutt showcased their craft. Across the parking lot filled with food trucks, craft beer tents, and the Highlands Stage humming with musical performances, vendors filled the spaces between Clan tents, fly tying and archery demonstrations. The workshop tent was filled with learning for two days. Sheep shearing and spinning took place nearby, and local authors read from their Scottish-inspired children’s books. Enterprising families enjoyed horse & wagon rides around the property to get an overview before diving into their favourite activities.

Scotland’s Michael Yellowlees presided over the Games as Honourary Chieftain, a recognition of his journey across Canada in 2021, during which he and his canine companion, Luna, raised £50,000 for the Scottish rewilding charity Trees for Life. In true Chieftain fashion, Yellowlees used the opportunity to recruit followers for his next battle: he and Luna are again travelling across Canada, this time to raise money for the Nature Conservancy of Canada.

The 16th annual Greater Moncton Highland Games & Scottish Festival, host of the 2022 SMAI Masters World Championships, included 25 hours of live music over two and a half days, culminating in the American Rogues playing an acoustic set during a lobster dinner for athletes and their families where the region’s seafood ambassador, Kilted Chef Alain Bossé, showed everyone how to dig into the crustacean on their plate. The event certainly made good on its promise to showcase feasts of strength and feasts of lobster!