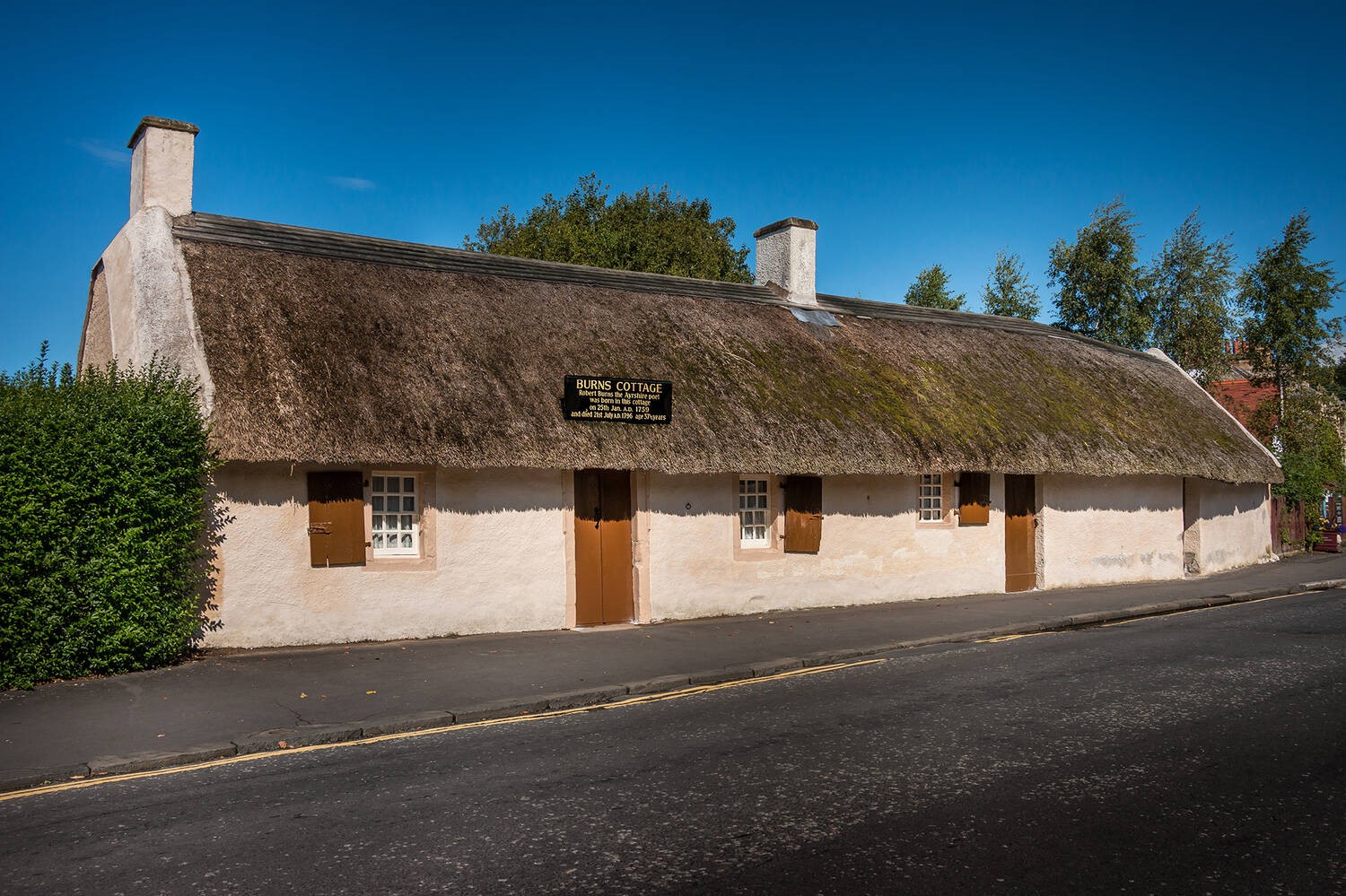 Five years after he died at the age of 37, nine of Robert Burns’ close friends got together to remember him. It was 21 July 1801, the anniversary of the poet’s death. Led by the Reverend Hamilton Paul, they met at Burns Cottage in Alloway to raise a glass to the memory of their friend and quote some of his work. They didn’t know it at the time, but this was the first Burns supper. Haggis and sheep’s head were on the menu, while they recited Address to a Haggis and sang some of the great man’s songs.

Caroline Smith, Operations Manager at Robert Burns Birthplace Museum, said: “The toast to Burns’ life is where the Immortal Memory comes from in today’s Burns Suppers. It was a recollection of his life and some of the things he did. They also recited some of Burns’ liveliest works – as we still do today.” The friends planned another get-together, this time on the anniversary of Burns’ birth, but they got the date wrong and met up on 29 January. It wasn’t until 1803 that they met on his actual birthday, 25 January, now the date on which we remember him.

Today you can visit Robert Burns Birthplace Museum to see the cottage where the first Burns Supper was held, then get an insight into the Bard’s life with the letters and manuscripts on display in the museum. You can also see prized personal objects such as his writing set. “We have old menus of Burns Suppers in our collection, and in the early years they ate things like boiled sheep’s head, food that was common at the time”, says Caroline. After the first event in Alloway, the Greenock Ayrshire Society started the tradition of the annual Burns Supper.

By 1815, Sir Walter Scott had organised a Burns Supper in Edinburgh, but this was a much grander, literary affair than the celebrations in the west of Scotland. Now, more than 200 years on, we still get together to share the work of the Bard. The haggis is piped in, there are moving recitals of his songs and poems, finishing with a wee dram and a rousing rendition of Auld Lang Syne.

-This cosy three-room cottage is where Burns was born and lived until the age of seven. Take a look at the tiny box bed that young Robert shared with three of his siblings.
-Burns and his family lived side by side with their farm animals. In the kitchen, they ate their meals together, read by the crackling fireside and received their earliest schooling. The kitchen area is brought to life with a spooky rendition of Tam o’ Shanter, re-creating the atmosphere of the house where Burns’s imagination was first fired.
-Throughout, the walls of the cottage are daubed with fragments of Burns’ verse and a braw selection of Scots words, such as ‘hawkie’ and ‘crambo-jingle.’ Outside is the small cottage garden where Robert tended the crops alongside his father and brother Gilbert.
-The cottage was a privately rented residence and then an alehouse for most of the 19th century, before being restored to its former glory by the Burns Monument Trust in 1881.

1 thought on “The first Burns Supper”