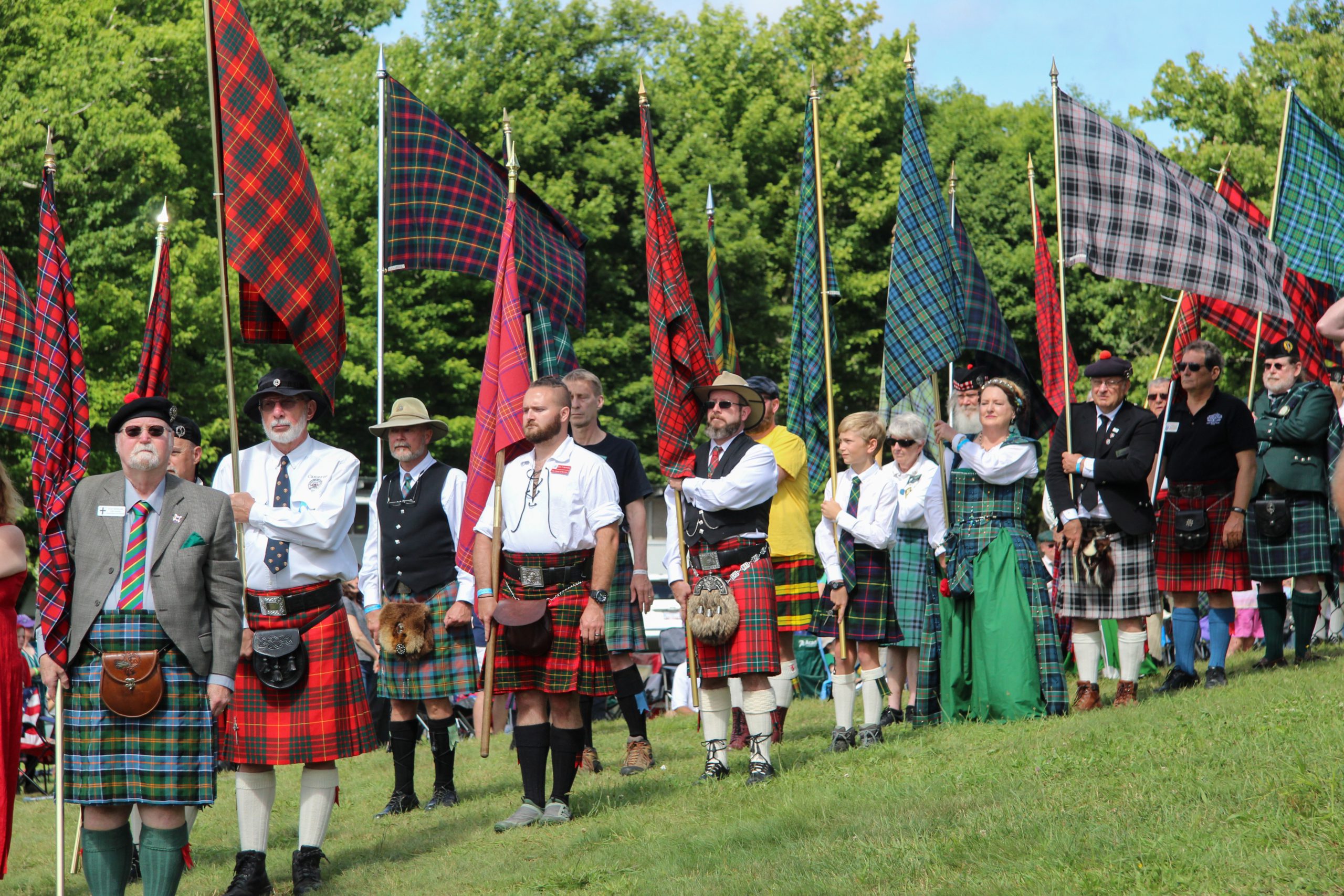 The Grandfather Mountain Highland Games (GMHG) was held July 8 to July 11, 2021 at MacRae Meadows in Linville, North Carolina.  The crowds were tremendous each day, and the prevailing sentiment was “We are so happy to be here!”.  Games organanizers held the event minus any of the usual indoor activities as part of Covid management, and were pleased with the response to the many pleas made for attendees to get vaccinated.  GMHG President Stephen Quillin said “I think we proved we are back, and that we are back in a safe way.  I am very proud of how everyone pulled together to make it happen.  Given the difficulties of the past year and a half, our 65th anniversary Games may well have been our best effort.”

Even the weather cooperated, beginning with the rainbow ahead of the Thursday Torchlight Ceremony to the rain shower that held off till Sunday’s closing.   The GMHG owes a great debt to Alasdair Morrison, Chief of Clan Morrison, and Andrew Morrison, Viscount Dunrossil.  Alasdair and Andrew gladly came running to help when the Chieftain of the Games, Alexander Matheson of Matheson was unable to obtain entry to the US.  The Clan Matheson turned out in great numbers and held a strong and enthusiastic Gathering, of which Alexander would have been very proud.

The Clan Morrison Society of North America held its Annual Meeting at the Grandfather Mountain Games. It will be the first official appearance of the new chief, Alasdair Morrison, Morrison of Ruchdi, following the untimely death of his father, Dr. J. Ruairaidh Morrison last November. Alasdair is the youngest chief eligible to serve on the Standing Council of Scottish Chiefs.

Congratulations to all involved.  Grandfather Mountain is looking forward to a normal 2022 and the 66th anniversary.