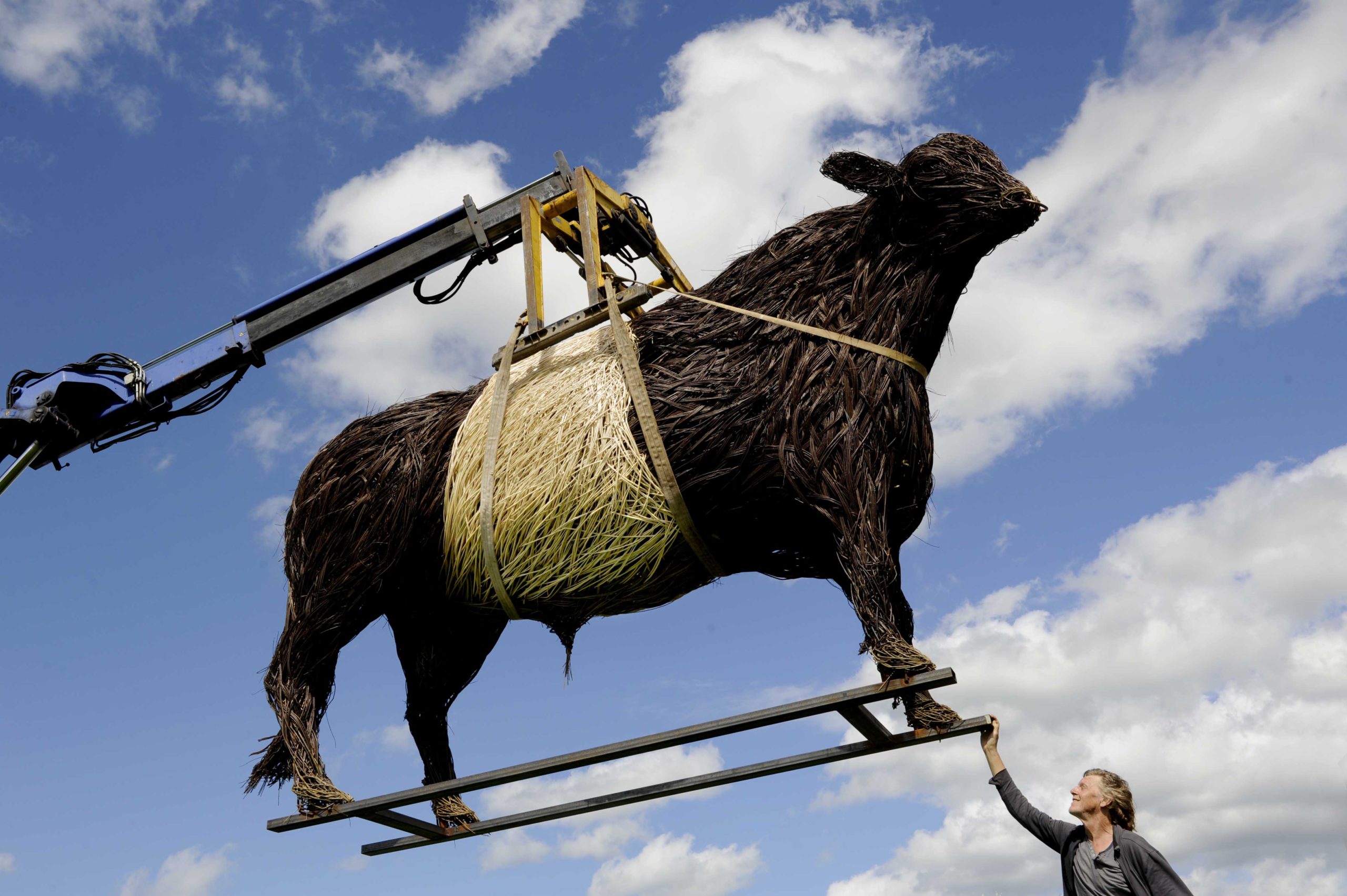 Dumfries and Galloway is celebrating the success of its drive to highlight all that’s best about Scotland’s south west at the Royal Highland Showcase. Each year the Royal Highland and Agricultural Society of Scotland (RHASS) invites a different region to act as “host”, allowing it to celebrate the best of its rural economy. This year it was the turn of Dumfries and Galloway which prides itself on its thriving creative community. The Royal Highland Showcase in partnership with Royal Bank of Scotland, ran during June, and replaced the annual Royal Highland Show which could not take place due to COVID-19 restrictions. While many of the classes were still the same, and featured the best of Scottish agriculture and rural life, it all took place behind closed doors, but was livestreamed for free worldwide.

The spirit of the Galloway hills

Dumfries and Galloway took full advantage of these opportunities with a series of arts and cultural initiatives. The artworks projects were led by Cathy Agnew on behalf of Fiona Armstrong, honorary president of the Royal Highland and Agricultural Society of Scotland (RHASS), and her President’s Initiative.

The bull was made by willow artist and sculptor Trevor Leat, whose figures are familiar from Edinburgh’s Hogmanay celebrations, the Wickerman music festivals and a variety of National Trust for Scotland properties. Trevor, who is based in a small village workshop in Auchencairn, said: “This was a wonderful project to take part in. What I wanted to capture was the character of these truly iconic cattle – the strength, muscle, power and energy of the bull – but also something of the spirit of the Galloway hills where they are bred and which are their homes.”

Fiona Armstrong, honorary RHASS president and Scottish Banner columnist, said: “We are delighted that we’ve been able to play our part in helping to put Dumfries and Galloway further on the map. There might not have been the usual crowds at Ingliston, but the virtual Royal Highland Showcase sent the show worldwide. It went global – and we were part of that. Trevor Leat’s spectacular giant Beltie was the star – but so many others – our farmers, the Stewartry Young Farmers, the Dumfries Veterans’ Garden, Dumfries College, our graphic designers and filmmakers – even our Beltie cake makers! They’ve all played their part in showing what our region has to offer. Food, farming, coast, countryside, tourism and culture. In a rural area like ours, they’re all linked. Thanks to the Royal Highland Showcase, we’ve been able to tell the world that we are Dumfries and Galloway and we are Growing Together.”

For further information about The Royal Highland Show see: www.royalhighlandshow.org