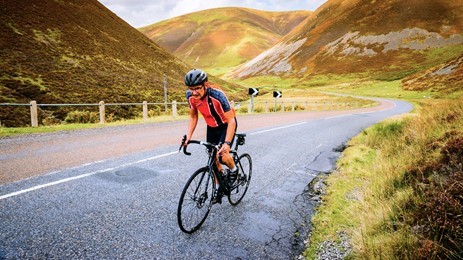 An exciting new 250 mile on-road cycle route covering the length of the South of Scotland has received the green light to progress to delivery stage. The Coast to Coast route will run from Stranraer to Eyemouth, making it one of the longest in the UK and a new challenge for experienced cyclists. Walking and cycling routes can deliver significant economic, environmental and community benefits, and early projections are that the new South of Scotland Coast to Coast route could attract up to 175,000 new visitors to the region, with a direct spend of £13.7million per year.

The project is aiming to be delivered in time for the 2023 UCI World Championships in Glasgow and across Scotland. Three of the 13 Championships are taking place in the South of Scotland in August next year, allowing visitors to the South to try the new route during or after the Championships. Riders who want to test themselves can tackle the Coast to Coast Challenge route over four days but are highly recommended to slow down, immerse themselves and enjoy more of what the South of Scotland has to offer by completing the Explorer route over eight days or more. The Coast to Coast announcement follows the launch of the first ever South of Scotland Cycling Partnership Strategy in September, which aims to ensure cycling becomes the most popular choice for shorter, everyday journeys by 2032. The Strategy also has a vision for the region to be recognised as Scotland’s leading cycling destination and a world-class cycling destination of excellence.

Home of the bike

Councillor Scott Hamilton, Scottish Borders Council’s Executive Member for Community and Business Development, said: “The development of this route could deliver very significant benefits to communities all the way from Eyemouth to Stranraer and we continue to work closely with the partners involved to bring it to fruition. It is through initiatives such as this that we can really build upon the region’s cycling heritage and already significant reputation for cycling and truly make the South of Scotland the ‘Home of the Bike’.”

Tourism Minister Ivan McKee added: “The South of Scotland is already recognised as a destination that offers a wide range of experiences and activities for visitors including walking and cycling. The creation of the Coast to Coast cycling route will support the Scottish Government’s ambition of delivering economic, environmental and community benefits to our regions through sustainable tourism. The route is part of the momentum building towards the 2023 UCI Cycling World Championships in August, which is bringing three of the 13 Championships to the South of Scotland and encouraging participation in cycling across the region.”