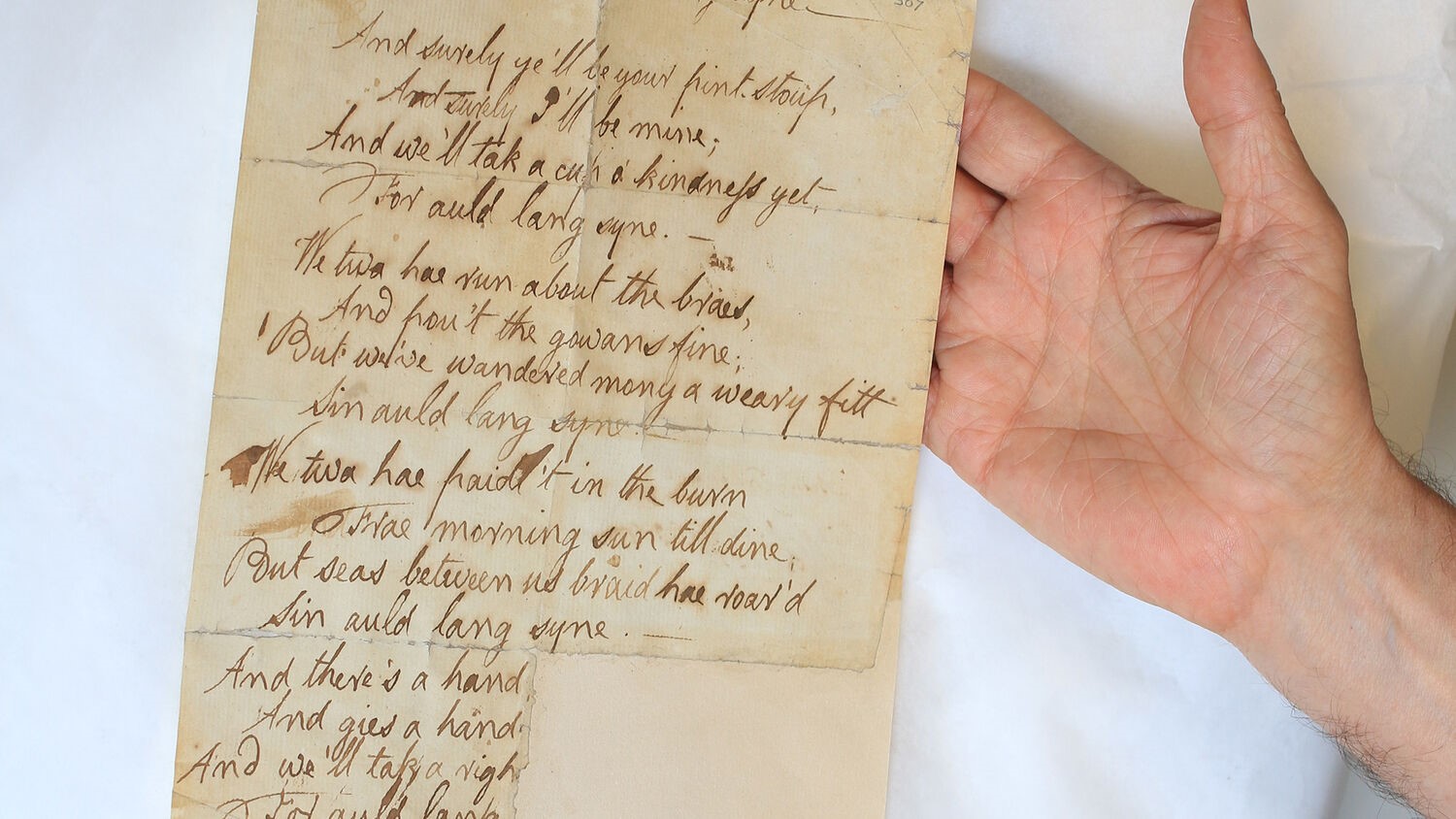 Perhaps Burns’s most famous song, these lines are sung across the world on Hogmanay. However, this is not Burns’s original work. It was one of the traditional ballads he heard as he travelled around Scotland, and he wrote it down (with the music) in 1788. Burns reworked the piece (quite how much is unknown) and sent it to George Thomson in 1793 to be published in A Select Collection of Original Scotish Airs for the Voice. In a letter to Thomson, Burns described ‘the old song of the olden times, & which has never been in print, nor even in manuscript, untill I took it down from an old man’s singing.’ An earlier version of the song also appeared in Jame Johnson’s Scots Musical Museum.

One of Burns’s greatest legacies (in addition to his own works) was this transcription of hundreds of traditional ballads, which may otherwise have been lost. Auld lang syne roughly translates as ‘for old time’s sake’, a fitting song to be sung at the end of the year and other big occasions such as Scottish ceilidhs, weddings and, of course, Burns Suppers. It has become traditional in Scotland to hold hands in a large circle for the first five verses and then, at the end of the fifth verse, singers cross their arms (still holding their neighbours’ hands!) and run into the middle of the circle.

Should auld acquaintance be forgot,

And never brought to mind?

Should auld acquaintance be forgot,

For auld lang syne, my dear,

And surely ye’ll be your pint-stowp!

And surely I’ll be mine,

And we’ll tak a cup o’ kindness yet,

We twa hae run about the braes,

And pou’d the gowans fine;

We twa hae paidl’d in the burn,

But seas between us braid hae roar’d

And there’s a hand, my trusty fere!

Text and image courtesy of the National Trust for Scotland. For more information on the Trust or to help them protect Scotland’s heritage see: www.nts.org.uk