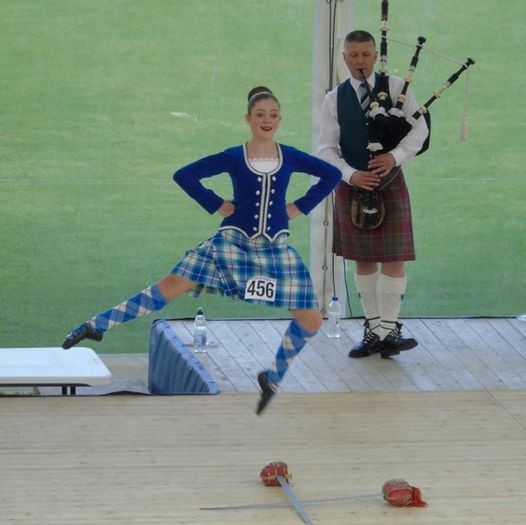 Hear, hear the plains are calling! The inaugural Hayland Gathering is being held on Saturday 11th March 2023 in the rural town of Hay, NSW. Commencing with a street march followed by the official opening, the Hayland Gathering will host the Riverina Scottish Highland Dancing Titles, Highland Muscle Heavy Event competition, Pipe Band displays and masses bands, Clan Tents, stalls, athletics events including the kilted dash, children’s entertainment, finishing with a Ceilidh and fireworks.

It is the first highland gathering to be held in the town, ironically the flattest place in Australia, and the committee is looking forward to the Scottish community gathering in Hay. The Hayland Gathering is pleased to promote a special performance at the gathering and ceilidh by one of the world’s leading junior Highland dancers, 17 year old Morven Johnston from Perth, WA. Morven was born in the small weaving village of Kilbarchan in the West of Scotland and immigrated to Perth, Western Australia in 2010 at the age of 4. She has been involved in Highland dancing from the early age of 3 and has been dancing at the Scottish Highland Dance Academy, under the watchful eye of her teacher Kerry Grosser, since she first arrived in Australia.

Throughout her dancing career Morven has won over 80 plus State, Interstate and National championships within Australia including multiple International, Grand Australasian and Australian Commonwealth Championships together with the Junior Champion of Champions.  She has also regularly competed at the highest level on the international stage, notably winning 4 Scottish Championships at Cowal together with a 6th in 2018 at age 13 and a 3rd in 2019 at 14 in the Juvenile World Championship final.

Unfortunately, covid stopped Morven, like many other dancers around the world, from finishing their final years in their world age groups. Although not known at the time, no one would return to Cowal until 2022. Having previously won a USIR (USA) open championship, Morven was honoured to win the 17 years Canadian open championship in 2022. All great achievements from a place as remote as Western Australia.

Excited to finally be back in Scotland, Morven started her 2022 campaign with a win in the Bute Championship in Rothesay, followed by a win in the Commonwealth Championship in Stirling the following week, a win in her Junior World final heat and then finishing with runner up in the Junior World Final at Cowal on the Saturday. All capping off a great year of doing what she loves “highland dancing”. In parallel to her dancing, Morven has continued to develop a strong connection with her Scottish heritage by learning to play the bagpipes throughout her school career, becoming the Pipe Corporal in her final year. Morven is currently finishing her last year of school at PLC in Perth, WA.

Whilst continuing to actively compete at the highest level of competition across the globe, Morven is also keen to focus on obtaining her teaching qualification and be ready to help SHDA develop the next generation of highland dancers in Western Australia. The Hayland Gathering is delighted to have Morven join us to share her love of dance.

1 thought on “The Hayland Gathering”