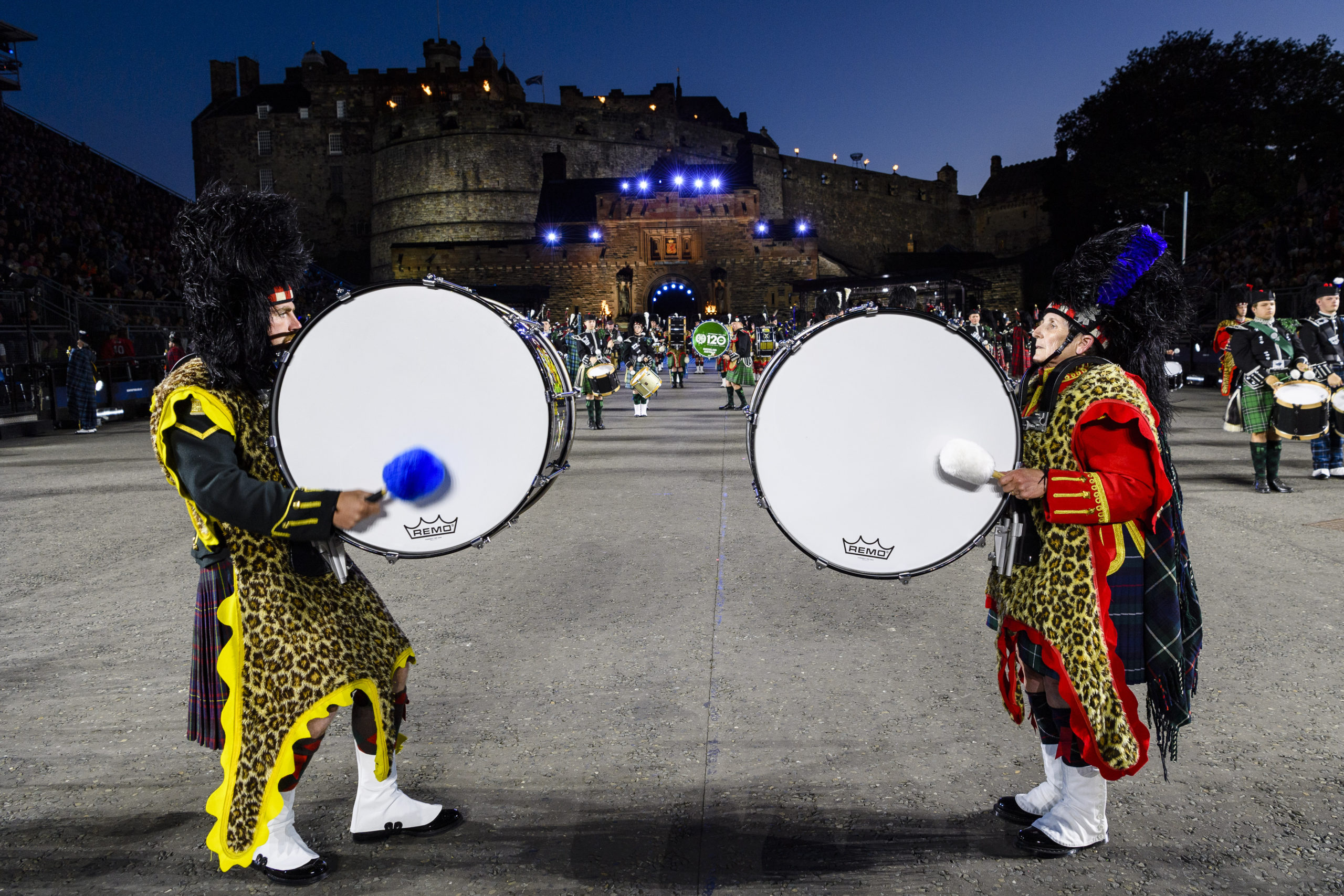 The Royal Edinburgh Military Tattoo, which made its highly anticipated return to the Edinburgh Castle Esplanade in late 2022 with its show Voices, will screen in Australian and New Zealand cinemas on November 19 and 20. Featuring over 900 performers, Voices is a spectacular combination of music, dance and military precision from some of the world’s leading armed forces and cultural performers from the UK, Mexico, The United States, Australia (Brisbane Boys College Pipes and Drums), New Zealand (the New Zealand Army Band, and The Pipes and Drums of Christchurch City), Switzerland, Germany and Canada.

This show is the first from the Tattoo’s new, and first non-military, Creative Director—New Zealand-born Michael Braithwaite—whose stellar background in entertainment includes producing Live Entertainment for the Jim Henson Company; working for Warner Brothers on two Harry Potter films and producing the Outdoor Festival for the London 2012 Olympics and Paralympics.  Voices is a celebration of expression which draws inspiration from people across the globe connecting to share their voices creatively through spoken word, song, music, and dance – languages common to all. Military acts continue to play a central role in the performance, with the Army acting as the lead service this year. Audiences will hear the legendary sound of the Massed Pipes and Drums, supported by Tattoo Pipes and Drums, Tattoo Dancers, Tattoo Fiddlers, and musicians from UK Military Regiments.

Celebrated as the Musical Ambassadors of the Army, The United States Army Field Band make their Tattoo debut this year with a marching, military blend of traditional and contemporary music. The United States Air Force Honor Guard, the official ceremonial unit of the Air Force, returns to the Tattoo with its dynamic display of precision drill. Acts include the iconic The Top Secret Drum Corps; the colourful carnival energy of 100 performers from Banda Monumental de Mexico and the renowned Highland Divas, in their Tattoo debut, showcasing their eclectic repertoire including the Folk Music of Ireland, Scotland, and New Zealand. 2022 marks fans’ favourite New Zealand Army Band’s 7th year performing with the Royal Edinburgh Military Tattoo in Edinburgh, and their 12th appearance with the Royal Edinburgh Military Tattoo brand.

Janelle Mason, CinemaLive Director and Producer, said: “We’re really excited to bring this year’s new-look Tattoo to cinema audiences. Its vibrant energy, spectacular location and the theatricality of its dances, songs and music make for a perfect big-screen experience with cinema-quality sound. Voices will amaze and entertain both traditional lovers of the Tattoo and a brand-new audience.”

The Royal Edinburgh Military Tattoo will screen in more than 120 cinemas around Australia, and more than 40 cinemas across New Zealand. Tickets are on sale now from cinema box offices and websites. To find a cinema near you see: www.cinemalive.com

The Scottish Banner is giving away 10 double passes for Australian readers and 6 double passes for New Zealand readers, courtesy of CinemaLive. To enter simply email: [email protected], via our website at www.scottishbanner.com/contact-us or post (sorry no telephone entries) our Sydney office, our full contacts can be found on page 2.

Prize details: Winners entitled to one double pass (two tickets) to The Royal Edinburgh Military Tattoo 2022 in cinemas (tickets not valid for Gold Glass or other premium seating options). Winners will receive a letter confirming their prize, along with a Complimentary Admit Two pass, which they need to take to the participating cinema of their choice to exchange at the box office for actual tickets. Prize value: each double pass has a minimum value of $44.