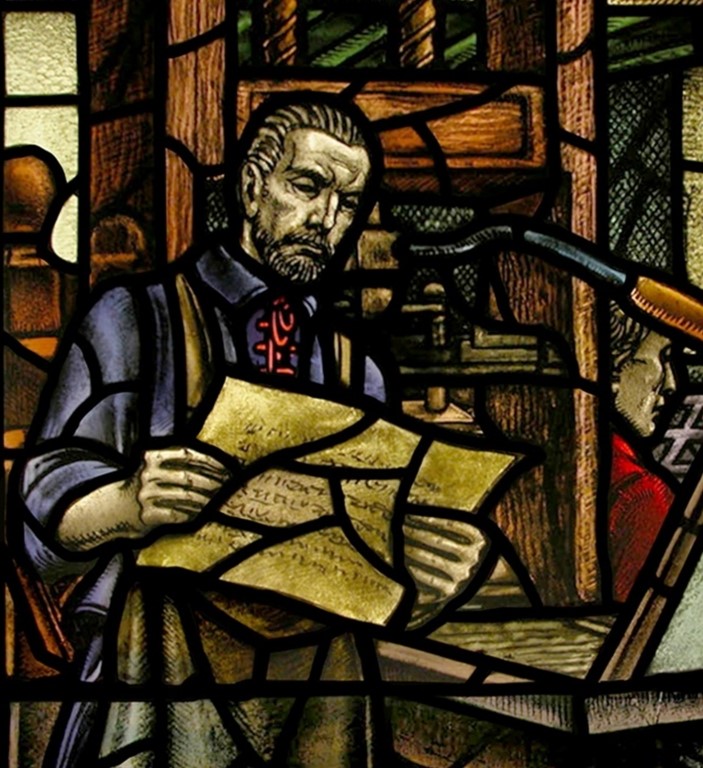 The printed word changed the world, bringing books and newspapers into circulation and providing a vehicle for sharing new ideas as well as science, history and culture. In July Aberdeen celebrated the 400th anniversary of the birth of printing in the city and experts from the University of Aberdeen and Robert Gordon University (RGU) are coming together with others from across Scotland to mark the important milestone. A series of events and an exhibition will tell the story of Aberdeen’s first printer, Edward Raban, who set up the region’s first printing press in Castle Street in 1622.

As part of the celebrations, RGU’s Professor Peter Reid joined the University of Aberdeen’s Professor Paul Mitchell to explore new insights on Raban’s life at a free seminar ‘Edward Raban: Up Close’. And Professor Reid is seeking the help of the north-east public to try and track down relatives who may have the printer’s ink in their blood. He explains: “Raban was both industrious and ambitious, producing one hundred and fifty titles in twenty-seven years.  He called himself the ‘Laird of Letters’ and was engaged in the political, religious and civic questions of the day.  Yet, for all that, he is an elusive figure.   As part of our 400th anniversary celebrations, we are hoping to track down descendants that might still be living in the north-east. Raban is not a particularly common name so we are interested in anyone who has it in their ancestry. We also know that his daughter, Elizabeth, married Gavin Milne in Aberdeen in 1648. This is a name appears much more frequently in this region but they had four children, Isobel (b 1649), James (b 1652), William (b 1653), and Robert (b 1654).  So, if any of these names appear in your family tree, we’d love to hear from you.”

The innovation of printing

Raban was a well-travelled Englishman who came to Aberdeen at the invitation of Sir Paul Menzies and Bishop Patrick Forbes. He printed under the sign of ‘The Townes Armes’ and this continued to be the sign-board of the Aberdeen Printers for at least one hundred years. Much of Raban’s output was for the University and the City, but in 1623 he produced his ‘Prognostication’ or Almanac, a collection of writing about the preceding year. This continued annually and became the Aberdeen Almanac which records a wide range of information.

Jennifer Shaw, Assistant Curator of Museums and Special Collections at the University of Aberdeen, said: “The innovation of printing enabled people to share knowledge quicker and more widely, changing the way people communicated and social relationships. Edward Raban was fundamental to bringing about these changes in Aberdeen and left a legacy that could be felt for centuries. In 2022 – 400 years on from his arrival in Aberdeen and the printing of his first material – it is fitting that we celebrate his life, legacy and the transformational influence he had on this region.”

The university events form part of a wider celebration of Raban at 400 taking place across the city.

If you think you might be related to Raban please visit www.raban400.com/raban-family.html