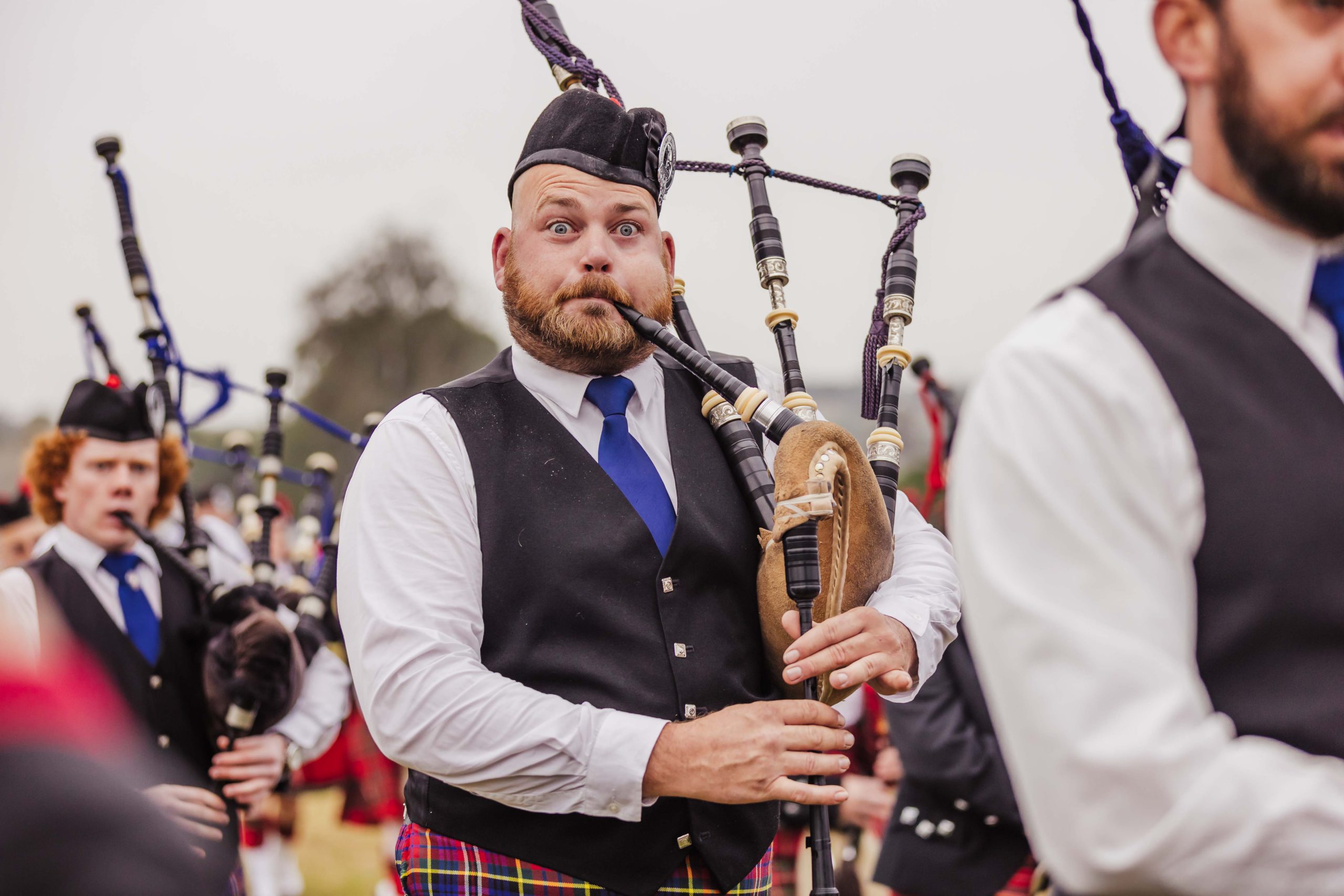 Scottish events are back across the world with events across Australia, Canada, Scotland and the USA all scheduled to take place this month. Many Highland Games, Celtic festivals and gatherings have struggled with uncertainty and reduced committees during the pandemic. With several forced to cancel or adapt to local regulations. 2022 has seen many return and produce excellent events for the Scottish community to enjoy and showcase our incredible culture.

The Scottish Banner urges those who can to support a Scottish event near you, these events are often run by volunteers who work many months in advance of an event to bring together a great array of Scottish entertainment and tradition. Be sure to check the events page in this month’s edition or if looking for an event several months away, or further afield, please see our website: www.scottishbanner.com/events.

In July poor weather did not dampen the grounds or spirits of those that attended the Aberdeen Highland Games in Aberdeen, NSW with crowds again being entertained throughout the day with the sounds, feats and treats of Scotland.  Held every year on the first Saturday in July, the Aberdeen Highland Games is one of Australia’s premier Scottish events, drawing thousands of people to the township in the Upper Hunter Valley every year to enjoy the festivities. The Games begin with a spectacular parade of bands, clan representatives and others that leads into the Massed Band Salute and Chieftain’s Address that officially opens the day.

The event offers fun for all the whole family, including Highland and country dancing and music, Pipe Band displays, Strong man events with the Tartan Warriors, as well as tug-of-war, egg tosses, three-legged races, and the famed Kilted Dash. A multitude of stalls offering all manner of Scottish heirlooms and souvenirs, clothing and garb, as well as a variety of food and drinks are also available. The Aberdeen Highland Games is followed by a traditional Ceilidh in the evening.

Get Your Kilt On

The Games are also a great platform for pipe bands, dancers and athletes to compete and hone their skills in Scottish tradition. Clans and Scottish societies are also often represented for those looking for information on their genealogy or how to get involved with local community groups, a great way to meet new people and share your passion for Scotland. So, get out there and ‘Get Your Kilt On’ and enjoy a Scottish event near you, our community is better for having them and they need all our support.

Do you love Highland Games? Share your story with us by email, post, social media or: www.scottishbanner.com/contact-us

Scotland’s Highland Games, with the associated traditions of caber throwing and hammer tossing, are renowned throughout the world. But do you know where the world’s oldest Highland Games take place, or where they toss giant champagne corks instead of the caber? Find out below in a list of Highland Games facts, courtesy of Scotland.org.

-The Highland Games held each June at Ceres in Fife, the oldest free games in Scotland, began under a Charter awarded by Robert the Bruce in recognition of the villagers’ support at the Battle of Bannockburn in 1314.

-The first Highland Games in the USA took place in New York in 1836.

-The Braemar Gathering which takes place during the first weekend in September, is the only Games attended annually by the British Royal Family.

-Prosser Scottish Festivals and Games in Washington, is renowned for the “Anvil Launch” wherein a blacksmith’s anvil is launched into the air with a quarter-stick of dynamite! An explosive way to mark the start and end of the Games.

-At the Bellingham Highlands Games in Ferndale, Washington, you can hunt the ‘Nessie eggs’, where mini watermelons are hidden around the park, the lucky hunters can swap their precious Nessie eggs for prizes. Let’s hope the eggs are easier to spot than Nessie!

-Snefj¸rd Highland Games in Finnmark, Norway, have hosted the most northern games in the world.

-Hororata in New Zealand, hosts one of the most southerly games in the world.

-At some Highland Games in France a giant champagne cork is tossed instead of a caber.

-The world record for the biggest bowl of porridge was set at the Cupar Highland Games in Fife in 2010. The huge breakfast of 690 litres of porridge cooked could feed 2,000 people and was more than double the existing record.