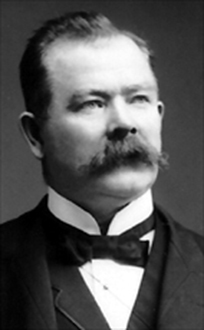 This year’s Glengarry Highland Games will be a special time to recognize the McLennan pioneers of south-east Ontario.  In attendance will be the Chief’s Commissioner in Canada, Clan Genealogy worldwide Coordinator and many researchers who have been documenting the Pioneers of Glengarry. Farquhar McLennan, a native of Morvich, near Kintail on the west coast of Scotland, arrived in Canada in 1802 and became a prominent businessman in Glengarry.  It is understood that Farquhar migrated to Canada on the 1802 voyage of the Neptune.

His grandson “Big Rory” McLennan (1842-1907) was a champion athlete, famous railway contractor, banker and politician.  In 1891 and 1892 he was elected the member for Glengarry.

Today there are thousands of descendants of the McLennan pioneers of Glengarry. The Clan MacLennan genealogy Glengarry research group is well advanced with documenting the pioneers in Glengarry and their descendants.  Many of the famous Glengarrians are buried at the Williamstown churchyard.  Their research results are available from www.clanmaclennan-worldwide.com/genealogy. Numerous members of the research group will be at the Games this year to meet descendants and connections in the Clans area. On the Thursday the MacLennans will be at the Tartan Ball and on Friday they will host a reception in the Clans barn. For more information about Clan MacLennan see the Clans pages in this issue of the Scottish Banner.