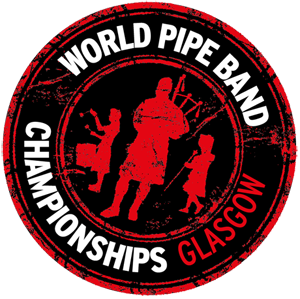 As with The Pipers’ & Pipe Band Society of Ontario’s (PPBSO) Diamond Anniversary, this year also marks the 75th anniversary of the “modern era” World Pipe Band Championship. Since 1947, the annual pipe band championship has been organized by The Royal Scottish Pipe Band Association (RSPBA) and for the last 30 years or so has been staged on the grounds of Glasgow Green, Scotland. As most know, the Covid-19 pandemic has halted the running of the annual contest over the last two years.

This year the championship is back in full force and this coming August 12-13 will see a few of the PPBSO’s well-kent judging faces put to work: Greg Dinsdale, Ken Eller and Bob Worrall are all scheduled to judge various grades of competition.

In addition to judging on Friday of the event, Bob Worrall is back, again, to provide colour commentary to the live-streamed Saturday main presentation. For many years he has, alongside Jackie Bird, co-hosted The Worlds show. The tradition continues with BBC Scotland once again packaging a prime-time television programme for airing shortly after the big day.

More information on The Worlds can be found at: www.theworlds.co.uk, or by visiting the RSPBA’s website: www.rspba.org