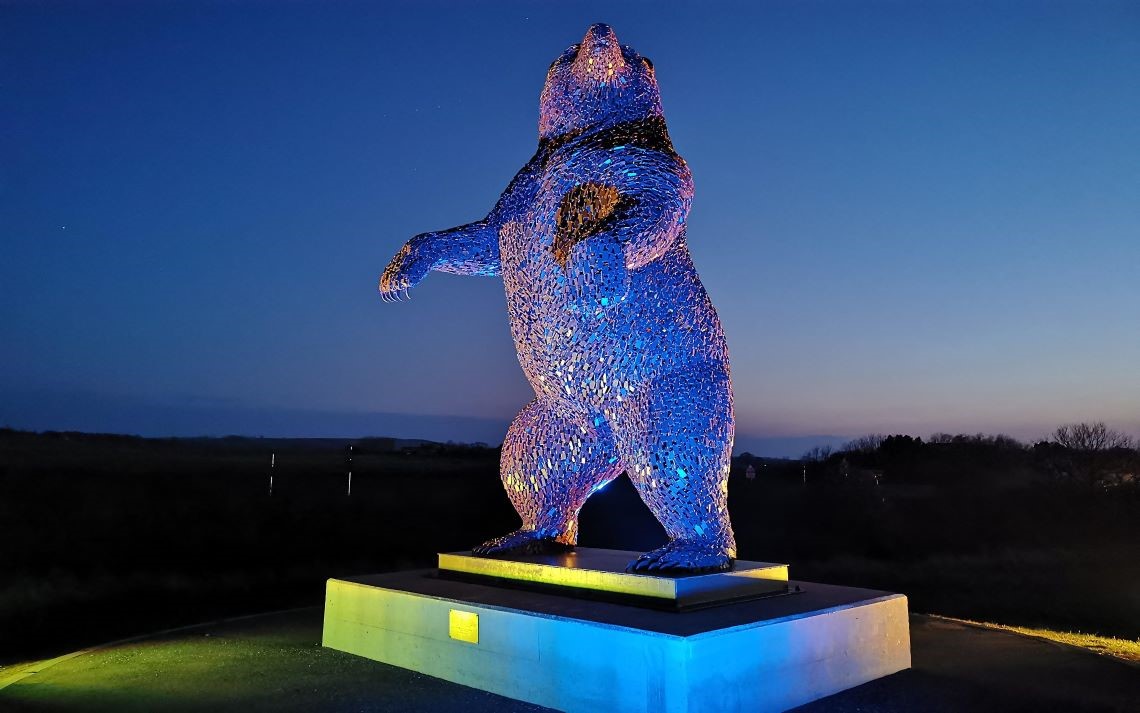 The stunning sculpture of a brown bear, The DunBear, has been lit up in the Ukrainian flag colours of blue and yellow in solidarity with the people of Ukraine. Located beside the A1 at Dunbar, The DunBear is a tribute to the pioneering Dunbar-born naturalist and conservationist, John Muir, who played a key role in the establishment of National Parks in the USA. The five-metre-high steel sculpture is much-loved by the local community and has attracted increased footfall to the town, benefitting it immensely.

Designed by renowned Scottish sculptor, Andy Scott, also responsible for The Kelpies, The DunBear was erected in 2019 by Hallhill Developments. It forms the centrepiece of DunBear Park, a proposed 54.3-acre low carbon community that aims to include a range of commercial, community and residential uses.

Ken Ross from Hallhill Developments, which is responsible for The DunBear and is undertaking the DunBear Park development, said: “As part of the global show of solidarity for the people of Ukraine, we have lit up the stunning DunBear sculpture in blue and yellow, the colours of the Ukrainian flag. We wanted the people of Ukraine to know the considerable support they have, given the horrific impact of the Russian invasion, which has torn so many lives apart. Our thoughts are with them.”

The DunBear illumination joins a variety of historic and cultural sites across Scotland which have been lit in blue and yellow in support of the people of Ukraine.