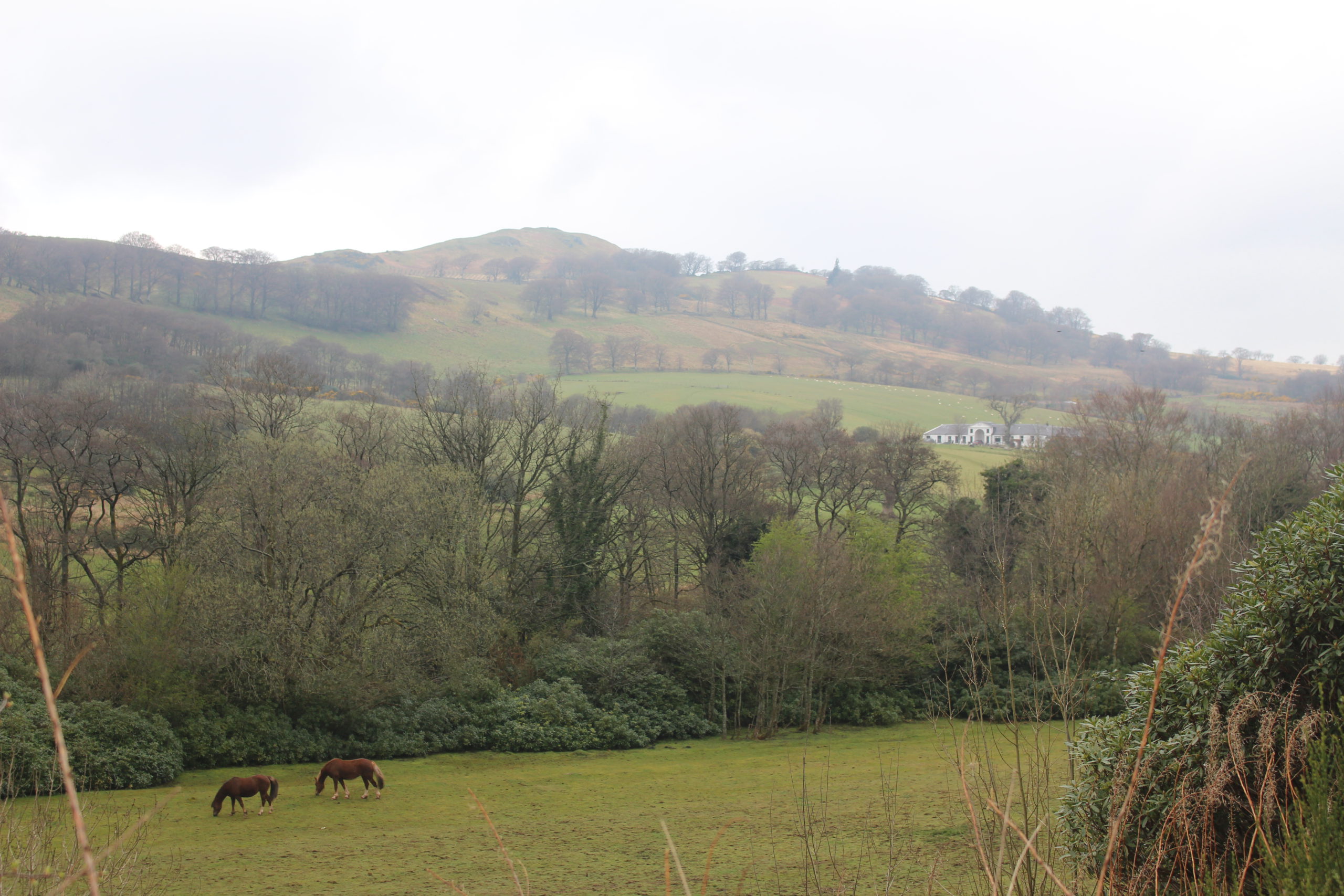 Text and images by: David McVey

Brisbane, Queensland, is now a great world city. Most people in Australia and elsewhere will have a vague notion that it’s named after a figure from colonial times; they might perhaps even suspect that he was a Scotsman. And it’s true that the city seems to have been named after the Brisbane River, while the river originally took its name from Sir Thomas Brisbane, the Governor of New South Wales from 1821-1826.

Sir Thomas Brisbane was born in 1773 in the family home, Brisbane House, high in the glen of the Noddsdale Water (a much smaller river than the one that would eventually bear his name) near Largs in North Ayrshire. The little peak of The Knock dominates the scene. Brisbane studied mathematics and astronomy at the University of Edinburgh. While he is most remembered as a soldier and administrator, Brisbane would also make his mark as an astronomer.

After Edinburgh, Brisbane joined the army at the age of 16 (people in Scotland went to university very young back then) and quickly rose in the ranks, becoming a Major General by 1813. He served in numerous actions over the decades including the War of 1812 in the United States and the Peninsular Campaign against Napoleon. The Duke of Wellington was apparently a friend and admirer of Brisbane. Brisbane married Anna Maria Hay Makdougall [sic] of Makerstoun in the Borders in 1819. When his wife’s father died, in a modern-sounding move, he adopted their surname, becoming Thomas Makdougall Brisbane.

Brisbane may have become Governor General of New South Wales on the recommendation of Wellington. By most accounts, he was a decent Governor according to his lights and introduced or promoted a number of reforms in currency, trade and agriculture, but tired of much of the political infighting within the colony. However, during his time in New South Wales he continued his interest in astronomy. In 1822 he set up an observatory at Paramatta, which became the first, perhaps, at which the southern skies were studied in detail; it’s said that Brisbane observed and catalogued 7385 stars during his time in Australia. After his governorship, the observatory continued to function until 1847 and a memorial in the form of an obelisk now marks the place where it stood. In 1978, the Sir Thomas Brisbane Planetarium was established in Brisbane.

When his Governorship ceased, Brisbane returned to Scotland, to Brisbane House, and he lived there for the rest of his life. Attempts were made to coax him back into the army, but he refused. His life back home was not a quiet one, however, and he certainly left his mark – and his name – in history and geography. In 1808 he had built and equipped an observatory at Brisbane House; the Paramatta one is said to have been modelled on it. He made sure there was no need for him to cease from his astronomy studies when he was visiting his wife’s family estate at Makerstoun, by building an observatory there. This building survives today.

In 1833 Sir Thomas succeeded no less a figure than Sir Walter Scott as President of the prestigious Royal Society of Edinburgh (RSE), on the strength of his astronomical studies. Sir Thomas founded the Makdougall Brisbane Medal for scientific achievement awarded most years by the RSE. Confusingly, he founded another Makdougall Brisbane Medal, presented by the Royal Scottish Society of Arts. Talking of medals, in 1961 it was revealed that Brisbane’s military medals had been stolen from the place where they were in storage in London. This would have been an impressive and valuable collection given the length and variety of his military career. They have never been recovered and have possibly been melted down.

Brisbane died in 1860. The Brisbane House he lived in is no more; it was unoccupied by 1939 and demolished some years after. The remains of his observatory, however, can still be seen near Brisbane Mains farm and a trust has been formed with ambitious plans to restore it. Various drawings and architectural plans survive as a basis for this. If he has left his mark on Australia, Brisbane’s name is also clearly etched in and around his hometown. He is buried in Old Largs Kirkyard, in the Brisbane Aisle. The glen of the Noddsdale Water is now usually known as Brisbane Glen. The road that runs through it from Largs towards Greenock is unambiguously named Brisbane Glen Road. By the side of the southern end of the road, near Brisbane Lodge and opposite Brisbane Glen Cemetery, there is an easily overlooked cairn that stands as a memorial to Sir Thomas Brisbane. The inscription, enclosed by a map outline of Australia and accompanied by Scottish and Australian flags, runs:

This cairn commemorates Sir Thomas Makdougall Brisbane who was born in this glen in 1773 and died in Largs in 1860. He was Governor General of New South Wales from 1821 to 1826 and gave his name to the Brisbane River. This cairn was donated by the people of Brisbane, Australia and was erected in 1989.

Of course, Largs is another name that is familiar in Australia. The North Ayrshire town remain a popular seaside resort, famous as the site of the 1263 Battle of Largs, as the ferry terminal for Great Cumbrae, and for the legendary Nardini’s ice cream parlour. It might surprise some that Brisbane, who might easily have remained in Australia, opted to return to Scotland. Certainly, he had obligations as a laird and landowner. And if Largs is a little cooler than Brisbane’s Australian haunts, it’s not that cool. The Gulf Stream warms the Firth of Clyde and there are many palm trees in private gardens and public spaces around the town. Perhaps there were some in the early 19th century too. If so, I wonder if Sir Thomas Brisbane, laird/soldier/astronomer, saw them when visiting his nearest town and was reminded of his time in the warmer parts of the world?