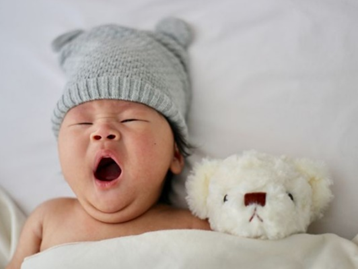 Olivia has overtaken Isla to become Scotland’s most popular name for baby girls for the second time, according to figures on baby names registered in 2021 published recently by National Records of Scotland (NRS). Jack is the most popular name for baby boys for the 14th year in succession, followed by Noah and Leo. Lyla shot up 56 places in the top 100 girls’ names to 74th overall, while Blake rose 46 places and Rowan 41. Carson has seen the largest increase in the top 100 boys’ names in 2021, rising 42 places to 83rd, while Struan has jumped 37 places and Myles is up by 35.

Director of Statistical Services, Pete Whitehouse said: “Beneath the headline figures the long-term trend is for more names to be used each year, including some names only given to one baby in 2021. Almost 12% of baby girls were given a name that no other girl was registered with in 2021. Almost 9% of boys had unique names for births last year. Together with the growing range of names being used this means it’s far less common for children to share their name with their classmates than it was for their parents or grandparents.”

The popularity of first names in Scotland over the years

With NRS running this year’s census Pete Whitehouse took the opportunity to appeal to parents to take part and said: “I know the parents of young children, particularly those with babies, have busy lives but I ask them to make time to fill in the census form and record their growing families in the census. Like registering a birth, filling in the census form is a legal responsibility for every household and provides the Scottish Government, councils, the NHS and many others with data they need to provide services for the whole country from the very youngest to the oldest.”

You can explore the popularity of first names in Scotland over the years with NRS’s interactive app. NRS also published a list of the most common surnames in the Birth, Marriage and Death registers for 2021.  Smith, Brown, and Wilson have been the three most popular surnames since the first list, which is for 1975, and remained the top three in 2021.

Babies’ First Names, 2021 and the Most Common Surnames in Birth, Marriage and Death registers are available on the NRS website: www.nrscotland.gov.uk