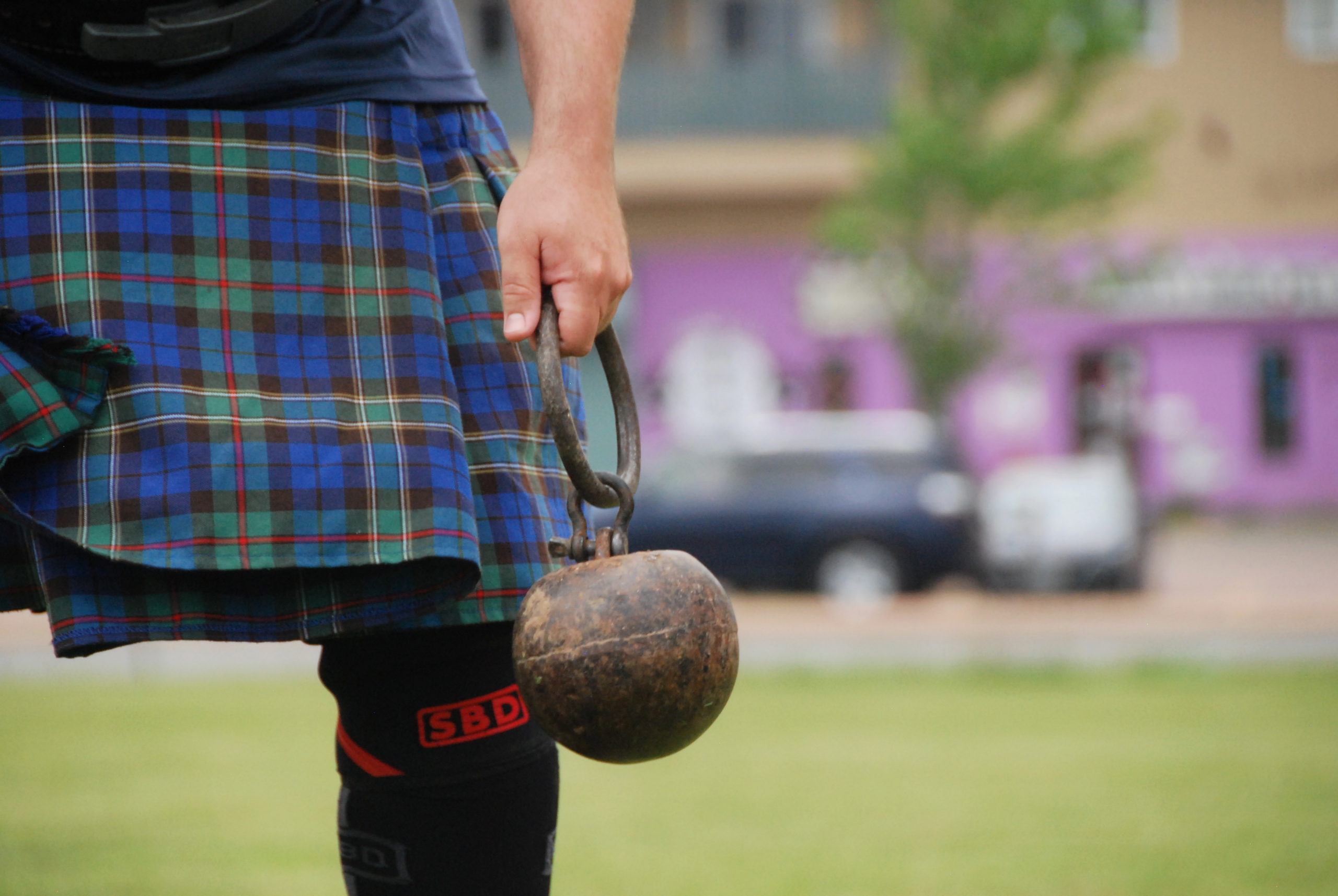 This year’s Greater Moncton Highland Games & Scottish Festival is an international affair, with the New Brunswick event acting as Host Games for the 2022 Scottish Masters Athletics International (SMAI) Masters World Championships (MWC). The Games are being held June 17-19; a pay-per-view online stream of the MWC and Games’ highlights will be available. The SMAI MWC events will take place Saturday and Sunday; amateur and other heavy event classes will compete on Friday. Piping, drumming, pipe band, Highland dance, and single stick sword competitions will happen Saturday; Sunday will include demonstrations and performances in these disciplines. Throughout the weekend the grounds will have sheep herding and shearing, weaving, axe throwing, archery, blacksmithing, fly casting, military vehicles, children’s activities, a local craft beer & spirits market, workshops, and more. Two musical stages, with concerts Friday, Saturday, and Sunday, will keep everyone entertained.

A few MWC events to watch

Dirk Bishop, perhaps New Brunswick’s most decorated heavy athlete (having won at least eight provincial titles and four consecutive MWC titles), is coming out of retirement for the event. He’s also a Guinness World Record holder, shared with Danny Frame, for most cabers tossed by a team of two in three minutes. Frame, from Nova Scotia, will also be competing.

Sue Hallen of Illinois took part in the first Women 50+ MWC competition in 2008; she placed second overall, with her arm in a sling. She’s competed consistently ever since. She’s facing tough competition in her Women 65-69 class, with Ruth Welding and Susan Zemke also coming to Moncton. Larry Sisseck, competing in the Men 70+ class, is the oldest registered competitor and on his 10th trip to the Masters. The California athlete and SMAI Hall of Famer was an MWC Champion in 2012, 2017, and 2018. Teresa Nystrom has five previous MWC titles to her credit, taking the top spot in her class consecutively from 2015 to 2019. Al Stagner, a SMAI Hall of Famer from Colorado, is competing in his 12th MWC, in the Men 65-69 class. He won his class in Scotland in 2009, USA in 2010, and in Canada in 2011. Denise Houseman is competing in her 16th MWC. This is her first time in the Women 60-64 class. The SMAI Hall of Famer from New Hampshire won six consecutive titles 2006 – 2011; she also took top spots in 2015 and 2017.

Cleveland, Ohio’s Janine Tessarzik is bringing along a huge online cheering section; @JanineThrows has more than 140,000 TikTok followers and is helping bring heavy events to a whole new audience. She’s demystifying the sport for thousands of online viewers and representing like no one’s business.

A Snapshot of Moncton

Moncton is Canada’s only official bilingual city, giving equal focus to both English and French, and has been voted as Canada’s ‘most polite city’ by Reader’s Digest. Rapid growth, combined with its small-town charms, have consistently seen Moncton named one of the best places in the country to live and to work. It’s also a fantastic place to visit, the perfect homebase for an exploration of Canada’s East Coast. The Greater Moncton Romeo LeBlanc International Airport is a 10-minute drive from the downtown core, with direct flights to various major centres. (The city itself is only a nine-hour drive from Boston.) From Moncton, you’re just a 20-minute drive to the warmest saltwater beaches north of the Carolinas, 30 minutes to walking on the ocean floor at the iconic Hopewell Rocks, and just over an hour from North America’s first UNESCO Global Geopark, Stonehammer. Downtown Moncton is also encompassed by the UNESCO Fundy Biosphere Reserve; the Bay of Fundy is home to the world’s highest tides, with the Petitcodiac River rising up to 25 feet twice a day. That epic wave flows 29 kilometres through the city centre, often attracting surfers to what’s known affectionately as the Chocolate River, given the colour brought on by its muddy banks.

Next year, the SMAI Master World Championships will be hosted in Friesland, Netherlands, home to a UNESCO World Heritage Site known for mudflats, outdoor adventures, and sparse population. We can’t help but be amused at the similarities to Southeastern New Brunswick!

How to join the fun-Individual weekend passes to the 2022 MWC & Greater Moncton Highland Games are $40. The MWC competition will be available as a pay-per-view event, streamed live online via AOTV. Full details, schedules, and more available online at: www.monctonhighlandgames.com