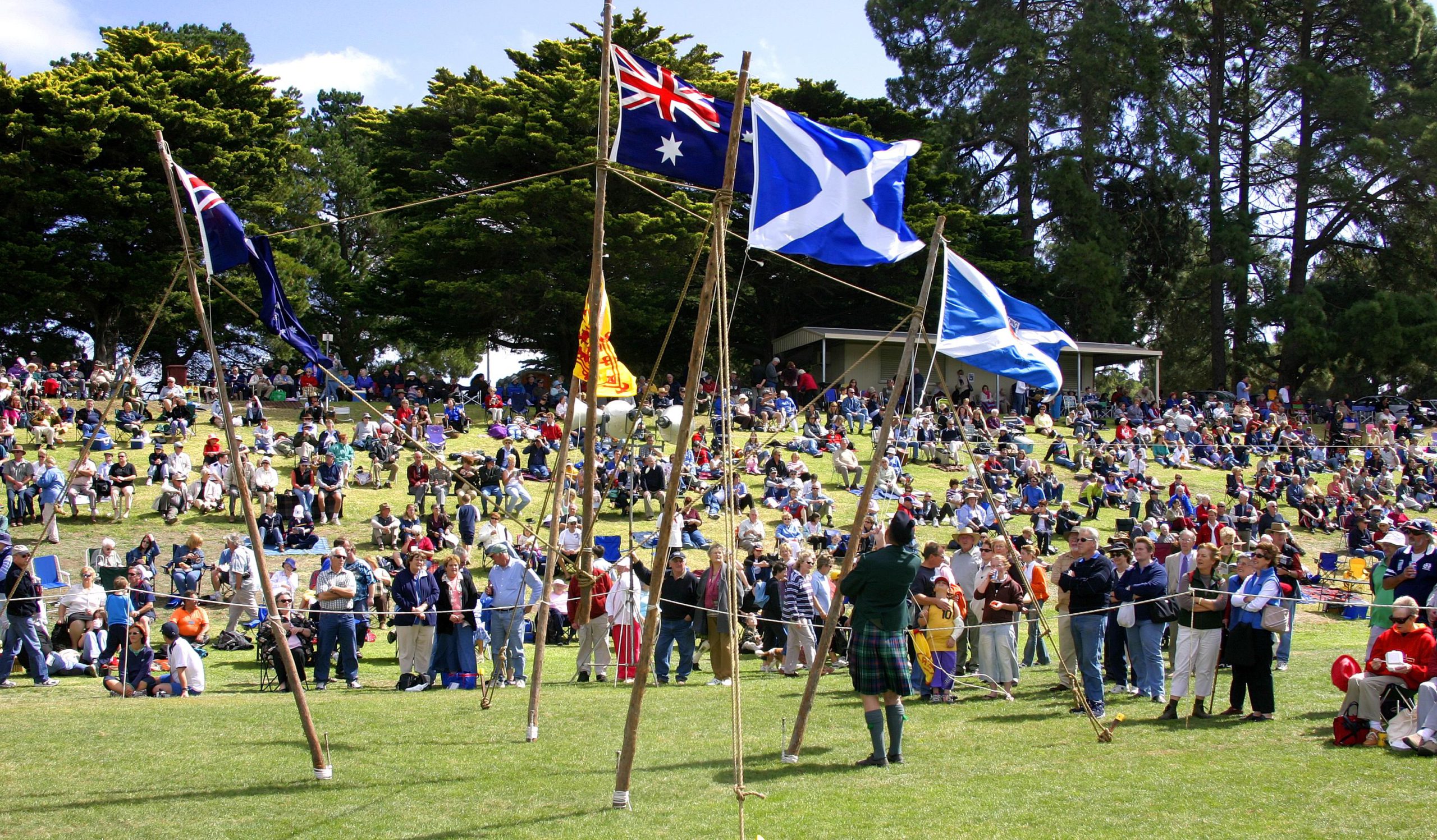 The future of one of Geelong’s longest running and most popular events, the Geelong Highland Gathering, first held in 1857, is in doubt because it is unable to attract younger people to join its committee. The Gathering, held on the third Sunday in March, has led a nomadic existence since being evicted from its modern home of 53 years – Queen’s Park, Newtown – in 2011. It has since been held at Fyansford, Geelong Showgrounds, Deakin University, Goldsworthy Reserve, Corio and, in 2019, at Osborne Park, North Geelong. It was not held in 2020 and 2021 because of the corona-virus pandemic and also was not held this year for the same reason.

Gathering President and Chieftain, Dr Maurice Marshall, said most committee members were in their 60s and 70s and an injection of younger blood was needed to ensure the survival of the event. “The City of Greater Geelong and Geelong Major Events Committee have been wonderful supporters of the Gathering and we hope to find a new permanent home where we can rebuild it to once again be the second largest, perhaps even the largest, Highland Gathering in Australia. But we do need a younger generation to become involved and develop a vision for the future,” Dr Marshall said.

Meeting of the Clans

The first Geelong Highland Gathering was held in South Geelong, in 1857, organised by the Comunn Na Feinne Society, itself formed only a year earlier. Comunn Na Feinne, in Scottish Gaelic, means “Meeting of the Clans”  which, in many respects, is what Highland gatherings are all about. The Comunn Na Feinne Hotel, on the corner of Kilgour and Bellarine Streets, South Geelong, is a reminder of the past. Geelong’s gathering was the first held in Victoria and was only the second in Australia. It came to an end in 1929, due to the Great Depression, but Newtown City Council resurrected it in 1957, when looking for a showpiece event for Queen’s Park.

In 1993 and 1994, with municipal amalgamation, the gathering was held under the auspices of the newly-formed City of Greater Geelong (CoGG). The Geelong Highland Gathering Committee was formed in 1995 and took over the organising of the event with financial support from the CoGG council.  The new committee, over the next 26 years, built the Gathering into one of the largest pipe band contests and Scottish events in Australia. Queen’s Park became permanent home to the Victorian Pipe Band Championships, and they were also held in new Geelong sites in in 2014 and 20125 (Deakin University) and 2017, 2018 and 2019.

“Geelong has a great Scottish history and is close to Melbourne with its population of more than three million people. There is still room for Geelong to expand its gathering if it can rebuild its committee with younger blood and find a permanent home once again which can win over Victorian and Australian pipe band championship organisers. It has been a wonderful major event for Geelong over so many years.” Dr Marshall said.

For more information on the Geelong Highland Gathering see: www.geelonghighlandgathering.org.au