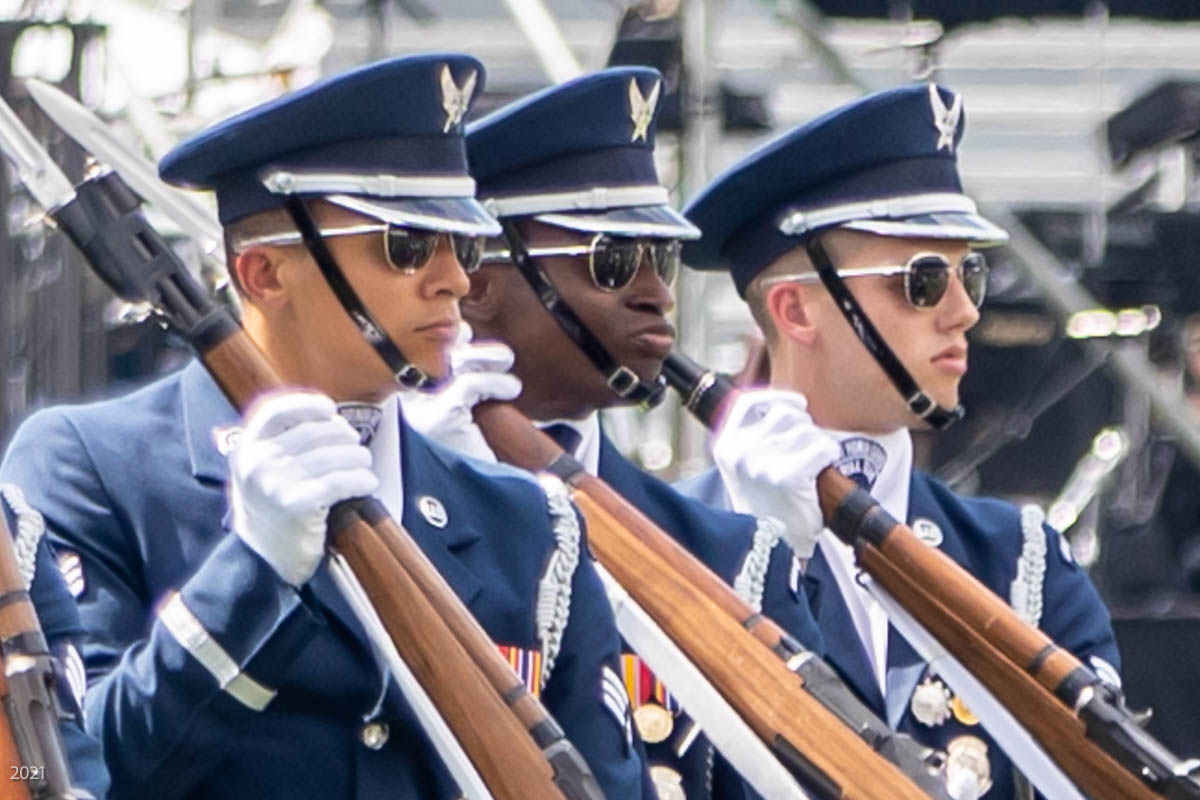 The Virginia International Tattoo (VIT) became the only major Tattoo scheduled to take place in the world in 2021 when the Edinburgh Tattoo announced that it was not holding its annual event.  With this year’s theme—A Salute to the Greatest Generation—the VIT had WWII veterans present and honored at every performance, as well as WWII aircraft from the Military Aviation Museum for flyovers each night. Aircraft included the most famous fighter plane from the war, the British Supermarine “Spitfire,” which performed brilliantly during the Battle of Britain from July to October 1940 while matched in countless dogfights with German Messerschmitts.

A Salute to the Greatest Generation

This year’s VIT A Salute to the Greatest Generation honored WWII veterans. Even as we celebrated all WWII veterans, it was a special treat to welcome 11 veterans who attended in person.  Honorees in attendance were:  1LT Helen Kowalczyk Blassingham, US Army Nurse Corps; LCDR Jack Cassell, US Navy; SSG Robert DeHaven, US Army Air Corps; LCDR Leo Dormon, US Navy; COL Walter Graves, US Army; Chief Quartermaster Felix Maurizio, US Navy; MG Charles McGinnis, US Army Corps of Engineers; SGT Harry Quinton, US Army Air Corps; LTC Butler Redd Jr., US Army; BM Julius Shoulars, US Navy and SGT Andrew Valero, US Army. “We honored the Greatest Generation,” said J. Scott Jackson, producer and director of the Virginia International Tattoo. “We refused to give up, and we made a statement about who we are and where we come from. That is why we Tattoo.”

A few other notable highlights from this year’s VIT include:

-Our final performance on Sunday, June 6, included a flyover from two WWII era planes from the Military Aviation Museum in Virginia Beach, a Curtiss P-40 Warhawk and a Grumman FM-2 Wildcat.

-Before the pandemic, there were 12 major Tattoo events held worldwide annually.

J. Scott Jackson  added: “The days after the Virginia International Tattoo ends are the hardest days of the year. When I wake up, I won’t be tying my tie twice because I want to look squared away when I greet members of the Greatest Generation joining us for the show. I won’t be heading to rehearsals and performances to work with the greatest Tattoo performers and team in the world, and I won’t feel the electricity that accompanies all live performance. But every day, when it’s time to cheer myself up, I will remember: We put on the world’s only Tattoo in 2021!”

The Virginia International Tattoo, a signature event of the Virginia Arts Festival, has brought a spirit of patriotism, pride, and friendship to Hampton Roads for more than two decades.

The Virginia International Tattoo will return to its original location in the SCOPE Arena, April 28 – May 1, 2022. Next year will be the Tattoo’s Silver 25th Anniversary Celebration. Tickets are on sale now at https://secure.vafest.org/1362 or by phone through the Virginia Arts Festival Ticket Office at 757-282-2822.