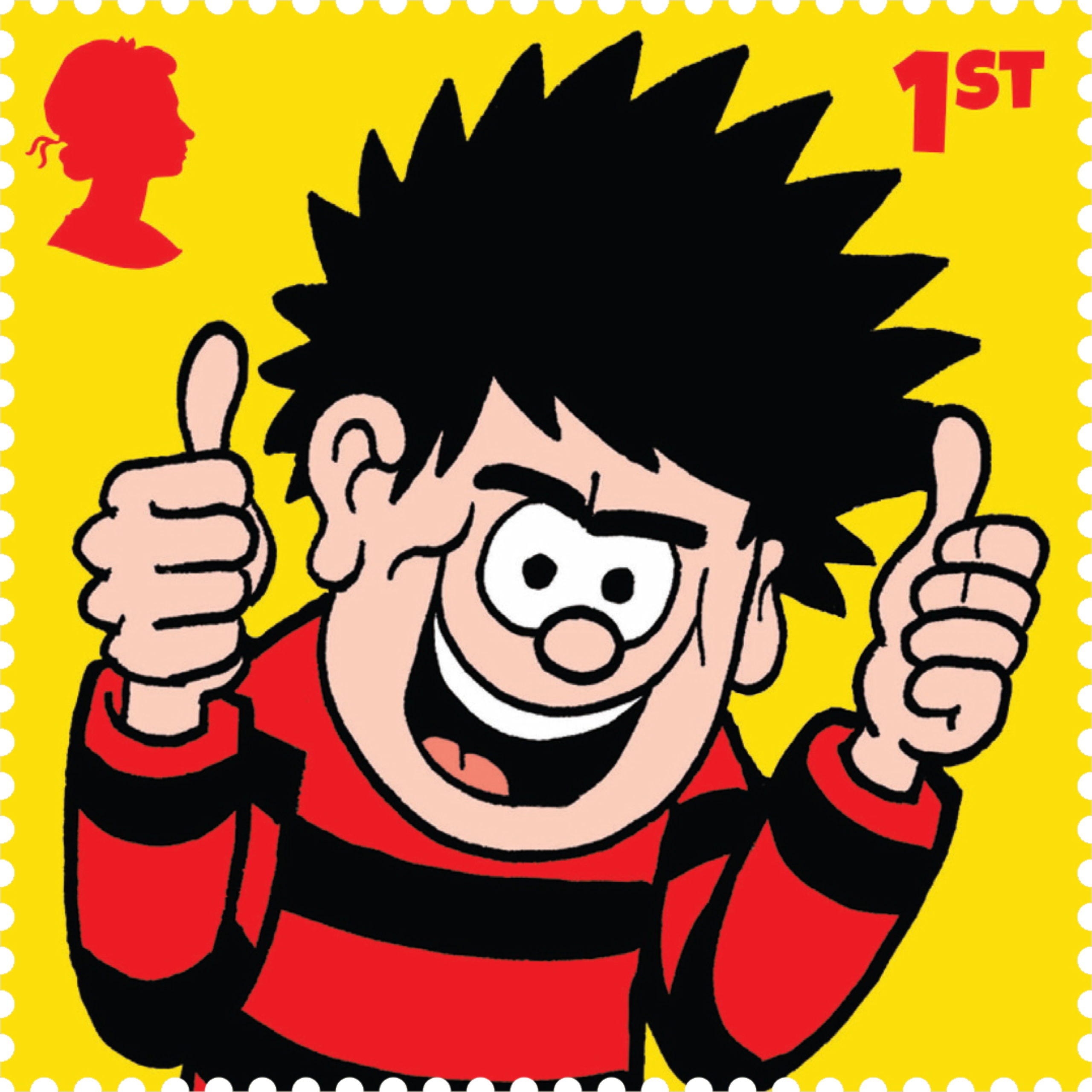 Royal Mail have announced the launch of a new set of stamps celebrating 70 years of the British comic character Dennis. Six stamps look back at Dennis through the ages; from his first ever black-and-white comic strip in 1951, to important events in his life, including meeting his baby sister, Bea, adopting Gnasher, and even finding out that his dad is a grown-up version of Dennis from the 1980s. These stamps are based on original strips from Beano comics of the time.

A further four stamps, exclusively illustrated by the current Dennis artist, Nigel Parkinson, show the culmination of an exclusive comic strip. The strip, written especially for Royal Mail is featured in the Presentation Pack. The story focuses on Dennis’s birthday celebrations and includes a brief ‘history of Menaces’. The light-hearted episodes end with a birthday surprise, with the final comic strip frame revealing the four new stamps.

Natasha Ayivor, Royal Mail said: ”For seven decades Dennis has been entertaining children by getting into all manner of mischief and mayhem. Generations have experienced the excitement and anticipation of reading about Dennis’s latest prank. Royal Mail is delighted to be honouring Dennis and Gnasher with a set of stamps as the ultimate birthday present.”

Royal Mail collaborated with Beano Studios on selecting all the stamps and associated imagery featured in the issue. Mike Stirling, Editorial Director of Beano Studios said: “Dennis has stamped his personality across first class laughs and mischief for generations of children. We believe everyone has a little bit of the Dennis spirit within them, so can’t wait for fans big and small to take delivery of this amazing piece of Dennis history. This incredible stamp collection really pushes the envelope of philately flattery for our hero.”

The stamps and range of collectible products are available from: www.royalmail.com/dennisandgnasher.