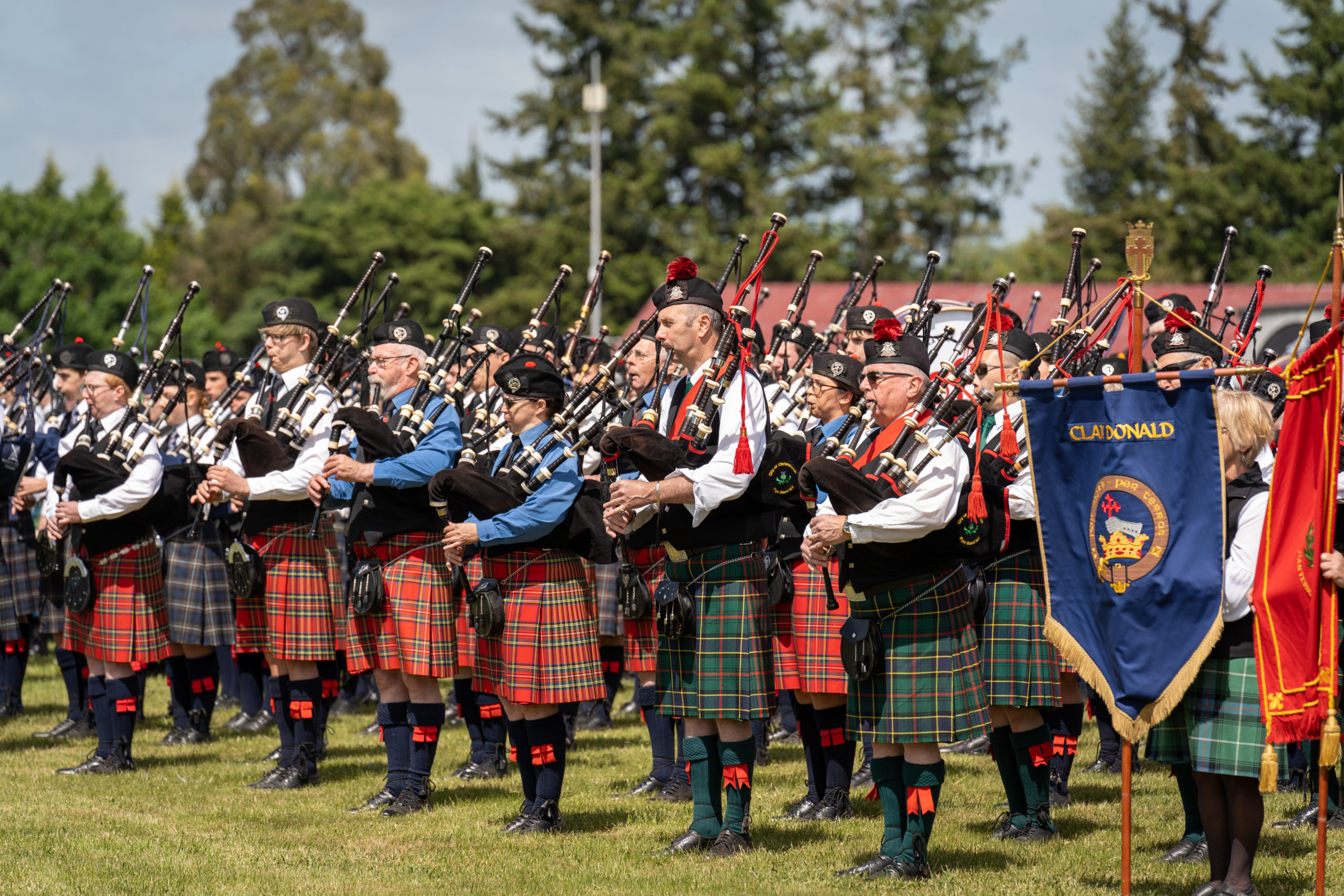 Kilts swirled, drums played, bagpipes sang, cabers were tossed, and ropes tugged as 600 competitors competed in all the traditional Scottish sports at Hororata Highland Games in November.  The Games, located just outside Christchurch, hosted the first Pipe Band competition in 18 months with 20 bands traveling from all over the South Island to compete. They combined to play together in the massed bands’ march which brought a tear to people’s eyes as the sound wave of bagpipes and drums rolled over the huge crowd.

Strongwoman, Red Wiard travelled from Brisbane to compete in Hororata for the first time and was blown away by the event, “I am so grateful for this experience. It was a massive day. Being in the arena with 10,000 people cheering me on made me feel like a celebrity. I am going home with 2nd place, a few personal bests, new friends and a whole lot of memories.”

Have A Go is another part of the Games with people of all ages able to enter the arena to see if they can toss a caber, play the pipes or be victorious in the Tug of War. Cindy Driscoll from the Hororata Community Trust explains that the ‘have a go’ element is a most popular part of the festival. “This gives people an intimate experience of the Highland Games because they don’t just watch but are part of it, and then some catch the bug and end up becoming competitors.”

In every corner of this festival, there is something to discover including medieval arts, sword fighting, live music and of course haggis; all combined for a rich cultural experience.

In a show of true community spirit 230 volunteers join the Hororata Community Trust to make the Hororata Highland Games happen. “The Games is unique in the way it celebrates Scottish culture with a Kiwi twist but what really makes it special is the passion people give in to making the event happen. Our community is not defined by lines on a map.  A huge group coming together, bringing passion and energy for a common cause. For 11 years the Games really has become part of who we are. We are Clan Hororata,” said Cindy.

Kate Foster was the 11th Hororata Highland Games Chieftain and the first local to be bestowed this honour. “The Games is very much at the heart of our community.  It showcases our rural area to the world, celebrates our history, brings people together and provides a fundraising platform for groups. The Games enables the Hororata Community Trust to support the community to embark on our next project which is developing the Hororata Community Hub. This will be a modern vibrant facility that celebrates our heritage and provides for community needs now and into the future,” said Kate.

All images unless noted: Jeremy Sim.