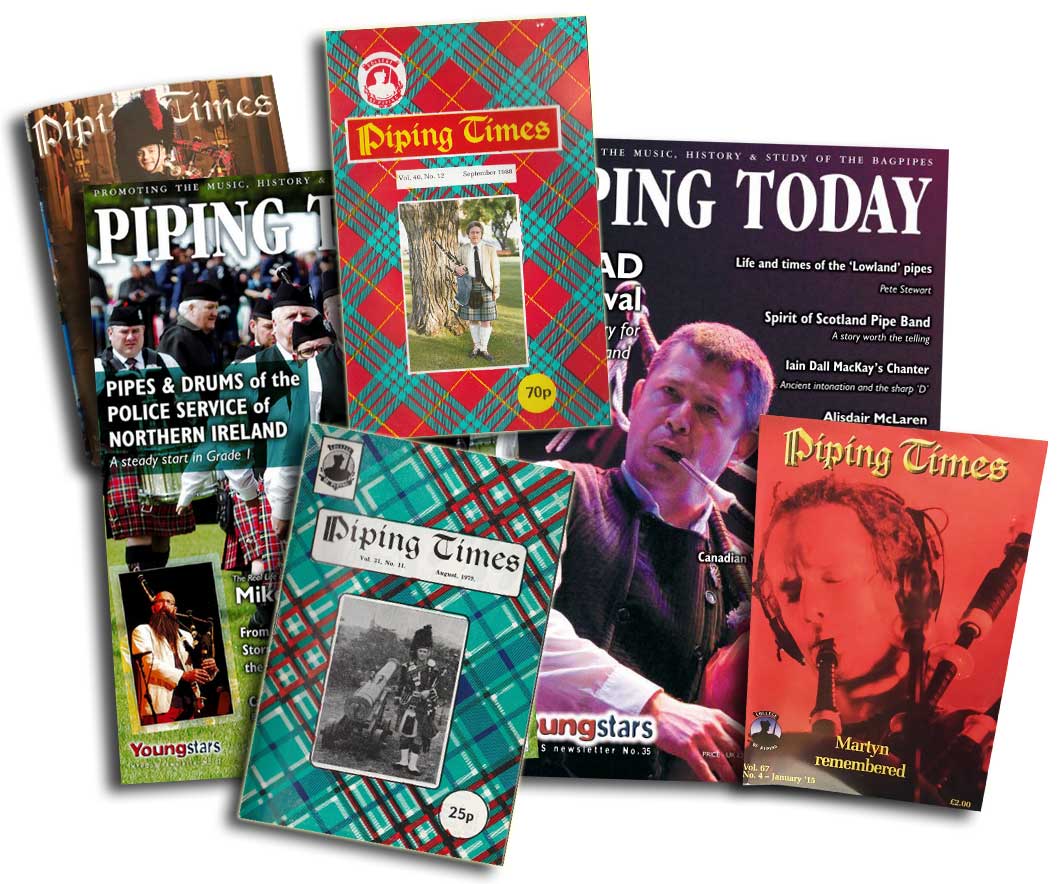 Scotland’s national centre for excellence in bagpiping has launched a new, free to access digital resource and research hub. The Archives from The National Piping Centre will protect the heritage and legacy of piping in Scotland and make valuable pieces of piping history available for students, scholars and enthusiasts around the world. The Archives from The National Piping Centre holds digitised copies of five influential piping periodicals dating back to 1948 – Piping Times, Piping Today, The International Piper, Piper and Dancer and Notes from the Piping Centre – as well as photograph galleries of piping through the years. It also incorporates The Centre’s Noting the Tradition oral history archive, which holds recorded interviews with people involved in piping at all levels and all over Scotland over the past 50 years.

The legacy of the piping in Scotland

Available to access at archives.thepipingcentre.co.uk, The Archives from The National Piping Centre keeps the legacy of these publications, information, conversations, images and other materials alive and makes them more easily accessible than ever before. The British Library and website developers Mucky Puddle provided digital expertise to complete the project and it was all made possible by a hugely successful crowdfunding campaign launched last year. An incredible £33,500 was donated by piping fans from right around the globe, allowing the Centre to complete the mammoth task of digitising the titles and launching the new platform within a year. The National Piping Centre now plans to continue adding to the resource and is encouraging piping fans with historic materials related to piping to share them so they can be utilised for research purposes and preserved for future generations.

The National Piping Centre’s Director of Piping, Finlay MacDonald, said: “With this new online resource, the legacy of the piping in Scotland which is recorded in vital publications, interviews and photographs, can live on. The contents of this remarkable archive will continue to educate and inform pipers, fans and researchers the world over. What is so exciting about this project is that it has the potential to grow and accommodate various sources of information provided not just by us, but by the global piping community. We would encourage researchers or enthusiasts who think they have something to add to The Archives from The National Piping Centre to please get in touch.The creation of this resource was a big task, but it was also extremely important. We are so grateful to all those who helped us reach our crowdfunder target, and those who, like us, recognise the importance of championing the history and heritage of piping.”

The periodicals – and the important information and data they hold – have been completely digitised and are held by the British Library and searchable on the new online platform. Piping Times and Piping Today together record over 70 years of piping history and were recognised internationally as the most significant source of piping information, opinion and news. Both were forced to cease publication in 2020, however, due to the unprecedented financial challenges caused by the Covid-19 pandemic.