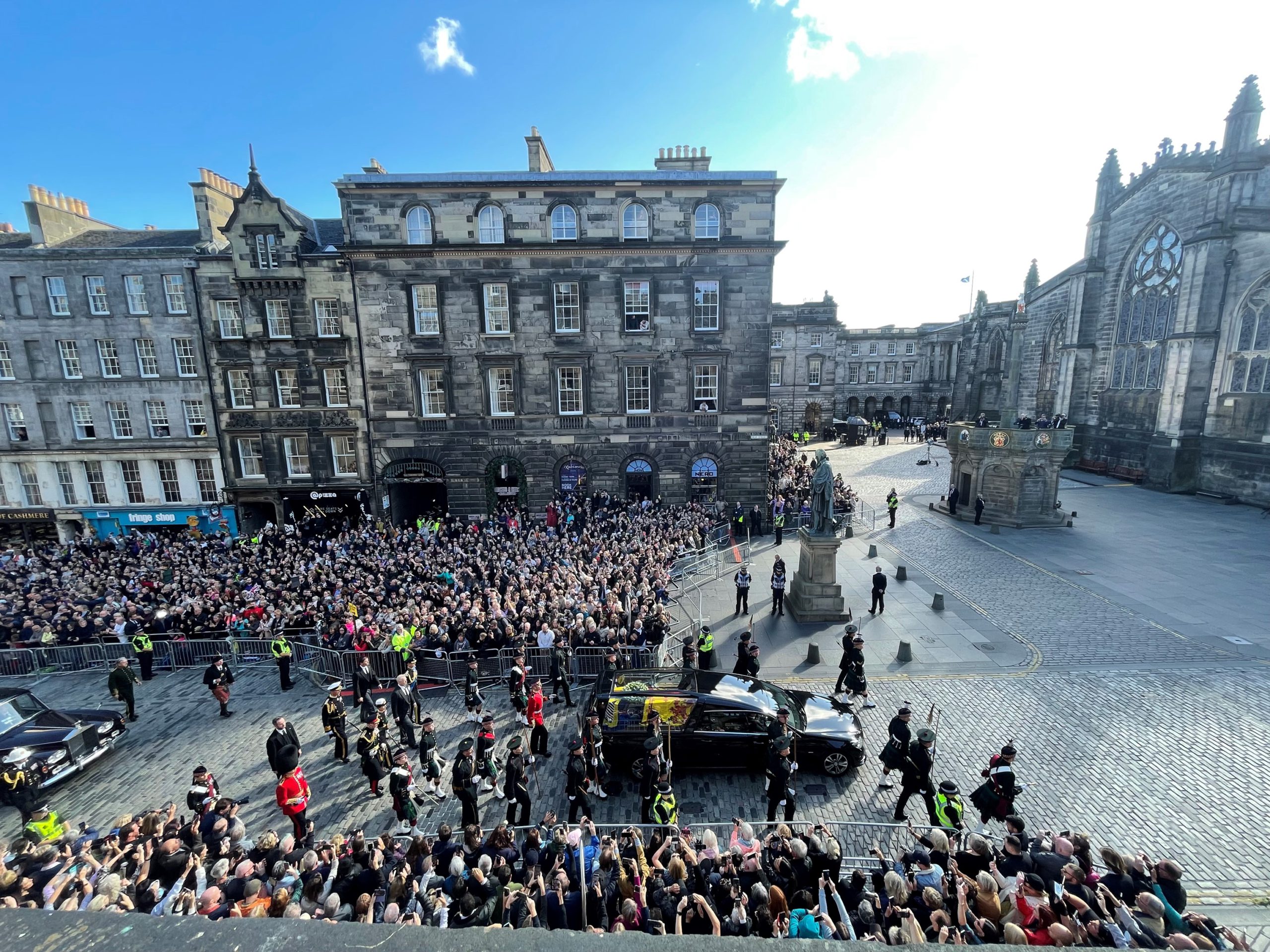 The significant operation to get Edinburgh moving again took place last month, following the departure of the Queen’s cortège from St Giles’ Cathedral to Edinburgh Airport. This work follows an unparalleled period of time for the city, with thousands lining the streets and the eyes of the world watching significant ceremonial events to mark the passing of Her Majesty The Queen. The Queen’s cortège arrived first at the Palace of Holyroodhouse, with The King and members of the Royal Family following to participate in the Ceremony of the Keys.

They then joined a historic procession up the Royal Mile and a service at St Giles’ Cathedral, where the Queen lay at rest until her final departure for London. There were also two public Proclamations in Edinburgh to announce the Accession of The King. Hundreds of thousands of people descended on the city to pay their respects and millions more across the world tuned into the broadcast coverage.

Rt Hon Lord Provost and Lord Lieutenant of the City of Edinburgh, Robert Aldridge said: “The last four days have marked a significant, historic occasion globally, and it is with immense pride that we look back on Edinburgh’s contribution. It’s thanks to the monumental efforts of all those involved that we, along with the public, were able to say a heartfelt farewell to Her Majesty, whose strong connection to the Capital and Scotland was widely known.This has been the result of a very detailed and successful planning operation that has been delivered flawlessly by a community of partners and is a shining example of the power of coming together in difficult circumstances.I know many will remember this for a lifetime, and we’re honoured to have played such an important role in this moment.”