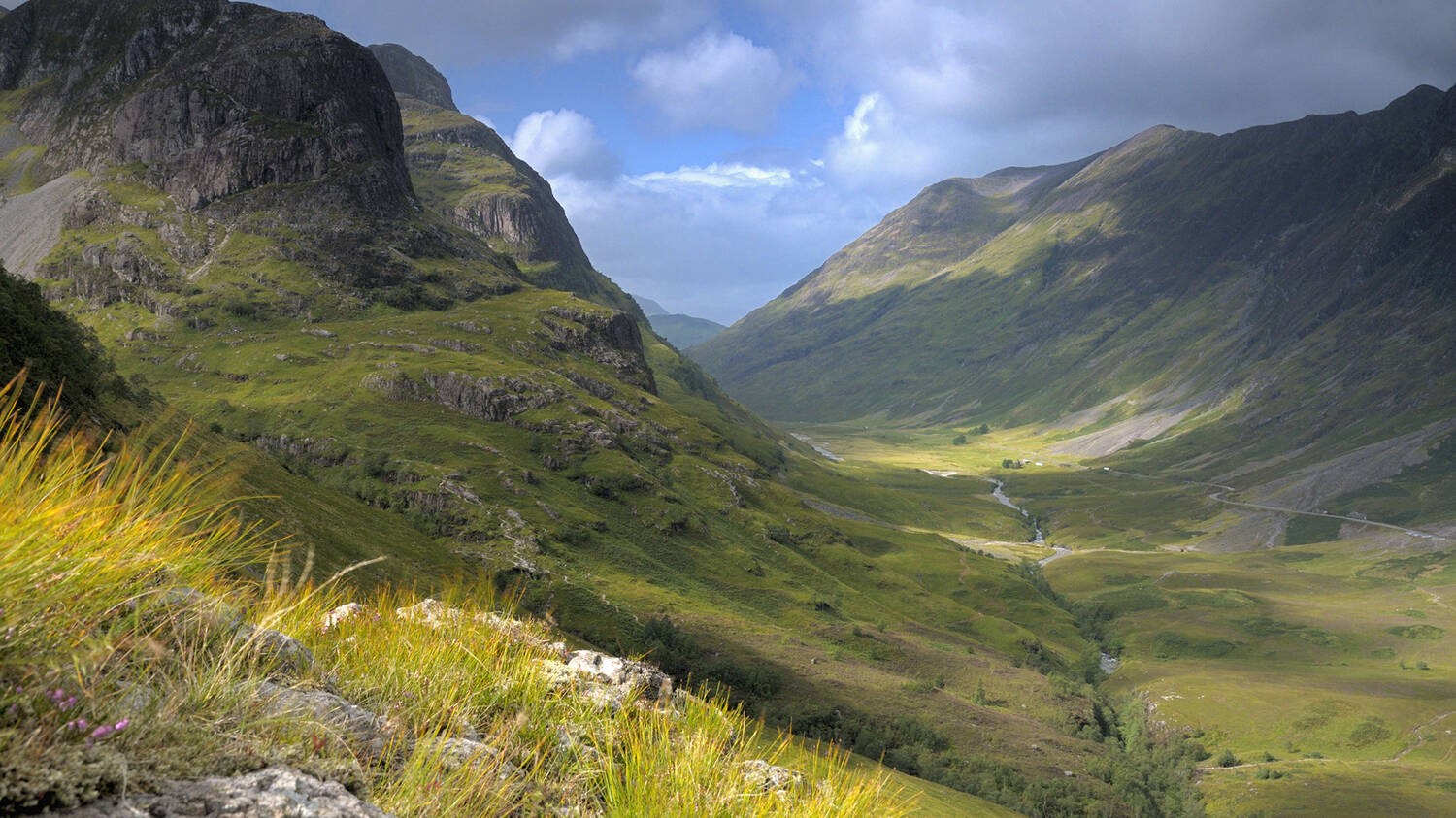 Treat yourself to wonderful Harry Potter experiences in Scotland by visiting spellbinding film locations and immersing yourself in the wizarding world. From the famous ‘Harry Potter Bridge’ to the site of Dumbledore’s grave, Scotland is home to lots of locations from the Harry Potter films. Here’s a little help in planning the perfect trip for keen-eyed Potter-spotters!

With its iconic arches and stunning Highland surroundings, the Glenfinnan Viaduct carried the Hogwarts Express to the world’s most famous wizarding school. It features in three of the Harry Potter films, including the dramatic scene in Harry Potter and the Chamber of Secrets where Harry and Ron land their flying Ford Anglia onto the tracks. If you time your visit right, you might see the Hogwarts Express train (in real life the Jacobite steam train) cross the bridge 30–40 minutes after it has left Fort William, leaving a trail of steam in its wake. You can also enjoy a walk down to Glenfinnan Monument on the shores of Loch Shiel; or a wander around the fascinating visitor centre, which tells the story of the Jacobite Rising of 1745.

Majestic Glencoe was used for various outdoor scenes in The Goblet of Fire, The Order of the Phoenix and The Half-Blood Prince. The Clachaig Gully, just above the Clachaig Inn, became the location for Hagrid’s Hut in The Prisoner of Azkaban. The hut was removed after filming, but the astonishing scenery remains. Thankfully sightings of Hagrid’s three-headed dog Fluffy are rare. There are plenty of other Harry Potter locations across Scotland to explore while you’re on your way to Trust places. Rannoch Moor, just a short drive along the A82 from Glencoe, was where the Death Eaters boarded the Hogwarts Express in Harry Potter and the Deathly Hallows: Part I.

Steall Falls, a little way north of Glencoe, is where Harry battled the Hungarian Horntail dragon in the Triwizard Tournament in The Goblet of Fire. The island of Eilean na Moine in Loch Eilt, just past Glenfinnan Monument, was used as Dumbledore’s grave, before being digitally placed in a different location: Loch Arkaig. Loch Etive, to the south of Glencoe, was the setting for the camping trip in Deathly Hallows: Part I, and also where Harry and the gang are dropped by a dragon after fleeing from Gringotts Bank.

As the place where the story of the boy wizard was first put to paper, and the home of his creator, Edinburgh is a Harry Potter hotspot and one of Scotland’s best places for magical experiences. Harry Potter’s creator, J K Rowling, spent time conjuring up some of her famous stories at The Elephant House, a café close to Edinburgh’s Royal Mile and just a 5-minute walk from Gladstone’s Land. From the upstairs windows you can look down into Greyfriars Kirkyard, where you may spot some familiar names carved into the tombstones, including Thomas Riddell and William McGonagall.

Want to make your time in Edinburgh truly magical? You can choose from a variety of immersive Potter-themed tours of the city or test your wizarding skills at a Potter-themed escape room such as The Department of Magic. And find somewhere to stay among the crooked cobbled streets in the city’s atmospheric Old Town – like the very own Gladstone’s Land flats or a Potter-themed holiday apartment. Edinburgh is also home to several shops selling every kind of gift, trinket and prop that Potter-lovers could want, from replica wands to sorting hats! For extra Potter points, visit the shops on the colourful, sloping Victoria Street, which some say was the inspiration for Diagon Alley.