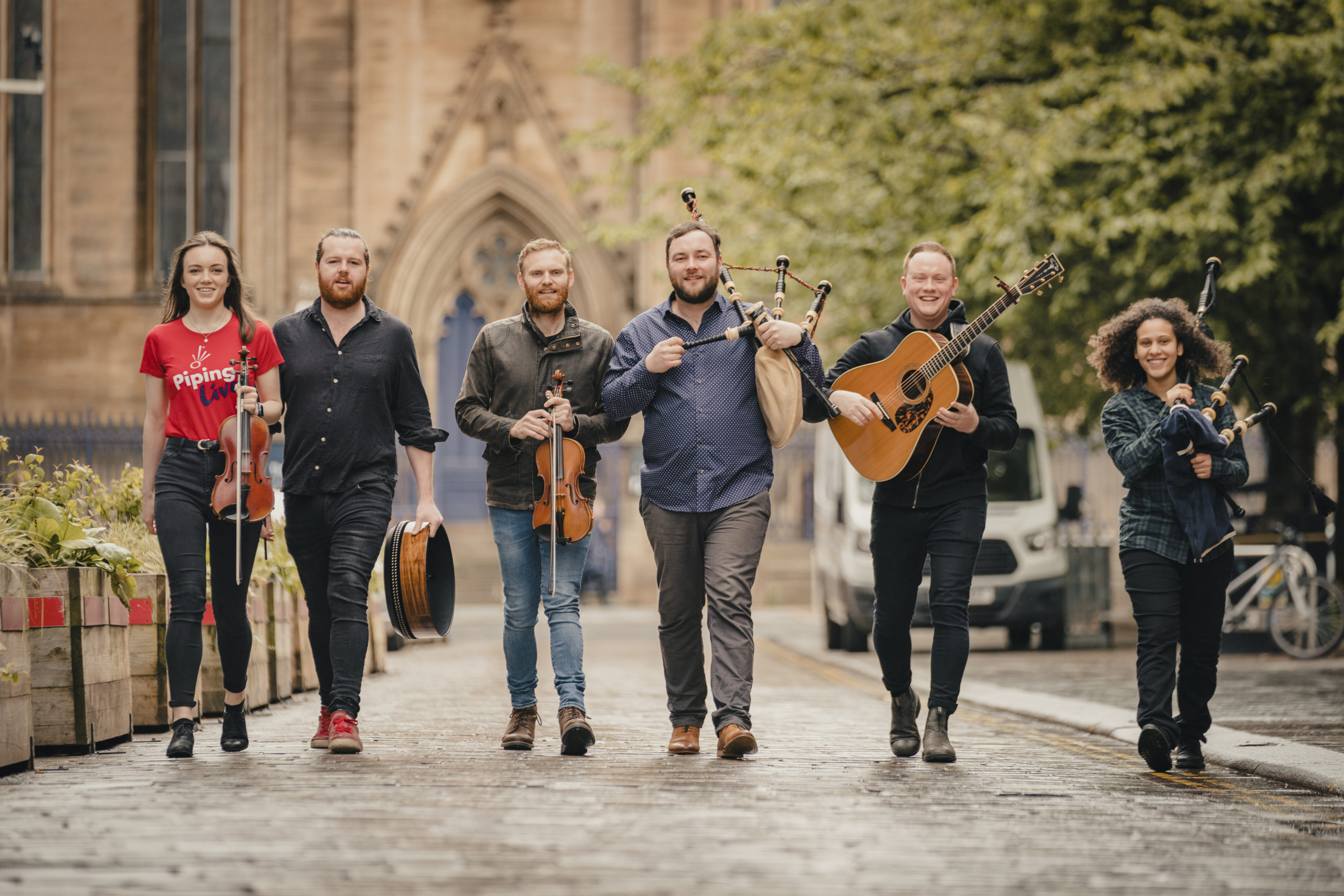 The world’s biggest piping festival celebrates its return to the full in-person programme for the first time since 2019, offering a blended showcase of in-person gigs and online events, so both local and international audiences can enjoy the array of world-class performances. Finlay MacDonald, Artistic Director for Piping Live! Took the time to speak to the Scottish Banner on the festival which annually attracts over 30,000 attendees to Glasgow.

Finlay you learned to play the pipes from your father and piping has been a huge part of your life. What is it about the instrument that you find so iconic and timeless?

FM: For me when I was younger it was simply the sound of the pipes that drew me. When I grew up my dad was a Pipe Major, and I was exposed to pipe bands from a very young age. That sound of standing by a pipe band is incredible, there is no recording that can capture what it is like to hear live pipes and drums. The visceral sound and the unique feeling you get when you hear those sounds, for me cannot be replaced. The pipes were so prevalent in my house, my father, sister and cousins all played, and it was very much in the family.

Piping Live! Is the world’s biggest piping festival and returns to venues across Glasgow this August. Can you tell us about some of the highlights at this year’s event?

FM: The highlight for me is getting PipingLive! back as an in-person event again. It has been a tough couple of years, but we have made things happen online and we are so grateful for everyone who has supported us through that and bought tickets for our online events. And while we still are doing an online element this year, which I think is still important in many ways as it keeps us connected to our digital supporters and those who cannot travel to Glasgow this year. Musically though getting people back is so important and obviously there is the atmosphere of a live crowd, there is nothing like it.

Attendees can meet with friends, enjoy a drink and listen to live music, and for me that is a really big thing. Musically we have some great acts coming, our headline act is Rura a really great Scottish folk band and one thing that makes that special is the band actually formed about 12 years ago just to play at PipingLive!, at the time at the emerging talent stage and I was actually teaching the guys over at the Royal Conservatoire of Scotland here in Glasgow and I encouraged them to get together musically and we gave them their first gig.

Scotland is known the world over for bagpipes; however they truly are a global instrument. Can you tell us how does PipingLive! champion international piping performers and sounds?

FM: The pipes themselves have always been true to our core and it really is an international piping festival. We are lucky to travel around a bit and I am always on the lookout for different piping sounds in order to bring performers to Glasgow to showcase their sound. This year we have a great international element with pipers from Ireland, Estonia, Brittany, America, New Zealand and amazingly the first ever professional Iranian female piper Liana Sharifian.

PipingLive! includes a great initiative for young people called Pipe Idol. Can you tell us more and why you find it so important to engage with and celebrate the next generation of great pipers?

FM: It has been part of our festival since we started and it is a great way to encourage younger plays to get up on a stage in front of an international audience, which can be a bit daunting. We do it in a very supportive and encouraging way, it is not like the formal judging panel; some may be used to. We pick judges who are in Glasgow, so an international panel, and they are seated amongst the audience, and we very much encourage it as a performance rather than a competition.

The contestants get to meet their peers from different countries and perform on the same stage as them, it really is a real positive thing for those taking part and gives them a platform and experience they otherwise may not have had before. When you give young musicians a platform like that, they generally go for it.

Piping Live! takes place at the same time the World Pipe Band Championships are also on in the city. For those that have yet to attend can you tell us just what the buzz in the city is like for pipe band fans?

FM: There is nothing like it, it really is piping heaven in Glasgow. If you are into piping or pipe bands, then Glasgow is the place to be in August. The music is one thing, that goes without saying, but there is also the social side to all this. Piping is a very friendly machine. At our festival we try to encourage a social side to the music where people can come together and meet each other from across the world, Glasgow itself really is alive with piping at this time and it is a great place to be.

Glasgow is a UNESCO City of Music. How important do you feel it is to make sure the bagpipes are celebrated in Scotland’s most musical city?

FM: Glasgow is a year-round music city and great music can be had all over. Music can find you in this city from the great live music scene in clubs and venues to the simple pub scene there is always so much on offer. We have not just PipingLive! and The World’s here but great music events such as Celtic Connections which brings a great array of artists from across the globe. We are obviously passionate about showcasing and the celebrating the pipes and can think of nowhere better to do it than Glasgow.

The pandemic has been quite hard on pipe bands the world over, with practices and performances cancelled. How have you found the spirit, resilience, and comradery of the pipe band movement has helped players get through the isolation and tough times?

FM: It has been really tough for most bands, and some have found other ways to keep going like through online practices. It is so difficult to recreate the live sound of a band online when each member is Zooming in from a different address, but many bands have stuck with it and have also been creating new music during lockdown.

For some bands they have used the time to develop new material and really been massively resilient and come out stronger. We recently had our first in person competition here in Scotland in Gourock and there was a real amazing atmosphere and people were in fact joyous to be able to play the pipes again.

And finally, Finlay what message do you have for anyone, regardless of age, interested in taking up the pipes or drums and joining a pipe band?

FM: Just do it! People in the pipe band movement are very welcoming and here at the National Piping Centre we teach people from the age of 8 to 80 and you are never too young or too old to learn. There is also all the added benefit of the experience that has been gained during the pandemic of online learning for those who are not near a pipe band.

You can start off online for those that can’t travel, and I know that online tuition works as I have seen students flourish through our online courses. Pipe bands really connect people and offers a huge range of opportunities and experiences that most would not have otherwise, like I said just do it!