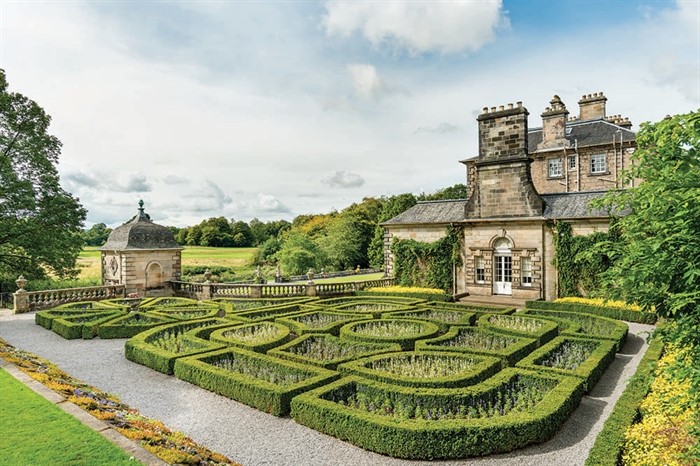 In March 2022 Glasgow’s world-famous Burrell museum, The Burrell Collection, welcomed visitors once more. Originally opened in 1982 (and ceremonially opened by the Queen the following year), it had been closed since 2016 for an extensive programme of renovation to repair faults and enlarge the available display space.

Naturally, the first weeks of reopening, which partly coincided with the Easter school holidays, saw vast numbers converging on the shiny new Burrell. I’ve been there and it’s still a jaw-dropping experience, unforgettably showcasing the enormous, eclectic collection of art and artefacts amassed by Glasgow shipowner Sir William Burrell, and subsequently gifted to the city. However, the crowds are likely to continue as we move across the summer months and as travel restrictions are relaxed. I’d suggest putting the Burrell aside for now, until numbers plateau a little. The Burrell has a leafy location in Pollok Park, and there are other good reasons for going there.

Pollok Park is Glasgow’s largest. It was voted Europe’s Park of the Year in 2008 but it didn’t start out as an urban park. It didn’t start out as urban at all. In the 1700s this was all countryside and, in some parts, it feels like countryside still. The best way to arrive is by train to Pollokshaws West Station from Glasgow Central; an electric shuttle bus runs from there to the park and its attractions, but I prefer to walk. Once you pass the Burrell car park you have fields on either side in which graze Glasgow’s very own herd of Highland cattle. In spring there will be a few of the teddy bear-like calves. The path starts to drop downhill to the left and suddenly you’re faced with the stunning frontage of Pollok House.

The Maxwell family have been linked with this area as far back as the 13th century but it was in the 1740s that a series of smaller pre-existing houses (or castles) were replaced by the present building, commissioned by Sir John Maxwell. The legendary William Adam is known to have drawn up plans for a house here but it’s unlikely that his designs were followed. The original house was a simple, four-storey structure outside but more lavish inside, with extensive decorative plasterwork.

In the 1800s the family line was merged with the Stirlings of Keir and the combined name of Stirling Maxwell was adopted. Sir William Stirling Maxwell (1818-78) was an expert in, and collector of, Spanish art. From his time onward the house became a focus for Spanish paintings and what’s now known as the Stirling Maxwell Collection is one of the highlights of a visit to Pollok House. There are two El Grecos on display.

Sir John Stirling Maxwell (1866-1956) inherited the estate in 1878 and was responsible for enlarging the house by adding two wings; you’ll probably start your visit in the east wing, in the breath-taking library. This Sir John (the eldest Maxwell or Stirling Maxwell was always John) sat as a Glasgow MP, was chairman of the Forestry Commission from 1929-32 and was involved in the formation of the National Trust for Scotland (NTS) in 1931. A crucial meeting to discuss the formation of the Trust, involving Sir John and other Scottish grandees who included the Duke of Atholl and Sir Iain Colquhoun of Luss, took place in Pollok House, in the Cedar Room. You can visit the Cedar Room, which resembles a small comfortable lounge in a Victorian hotel. Sir John was the Trust’s President from 1944 until his death in 1956. It’s fitting, then, that the house should now be in the care of the NTS.

Pollok House’s splendid tearoom occupies a space below stairs in the servants’ corridor. Some of the other aspects of servant life are presented in various rooms off the main corridor. In Sir John’s time in the early 1900s, his family (of three) were looked after by around fifty servants!

The full glory of Pollok House, though, is only visible when you step outside and stroll down to the White Cart Water, and stand between the house and the fine 18th century stone bridge over the river. The house is stunning from here, a soaring but attractive presence above the formal gardens.

Pollok Park is still often referred to as ‘Pollok Estate’ by local people. The park was, indeed, part of the Pollok House Estate, but then so was much of Glasgow far beyond the park, now long disappeared beneath houses and shops and roads and railways. The house and estate were given to the people of Glasgow by the Stirling Maxwells in 1966 along with the art collection, though the family retain ownership of the books in the library. More recently the management of the house was transferred by the city to the NTS.

Pollok House’s stable block is now being refurbished and will soon provide a home for the city’s Clydesdale horses. Away from the house, the park includes woodland, fields and river as well as a golf course and other recreational areas. There are trails for walkers, cyclists, runners and horse riders. It’s very easy to imagine yourself in some far distant stretch of rich Scottish countryside, at least until a nearby tower block appears between the trees. Many will go there in the coming months intent only on seeing the Burrell Museum and its astonishing collection. But there is more to Pollok Park than The Burrell.