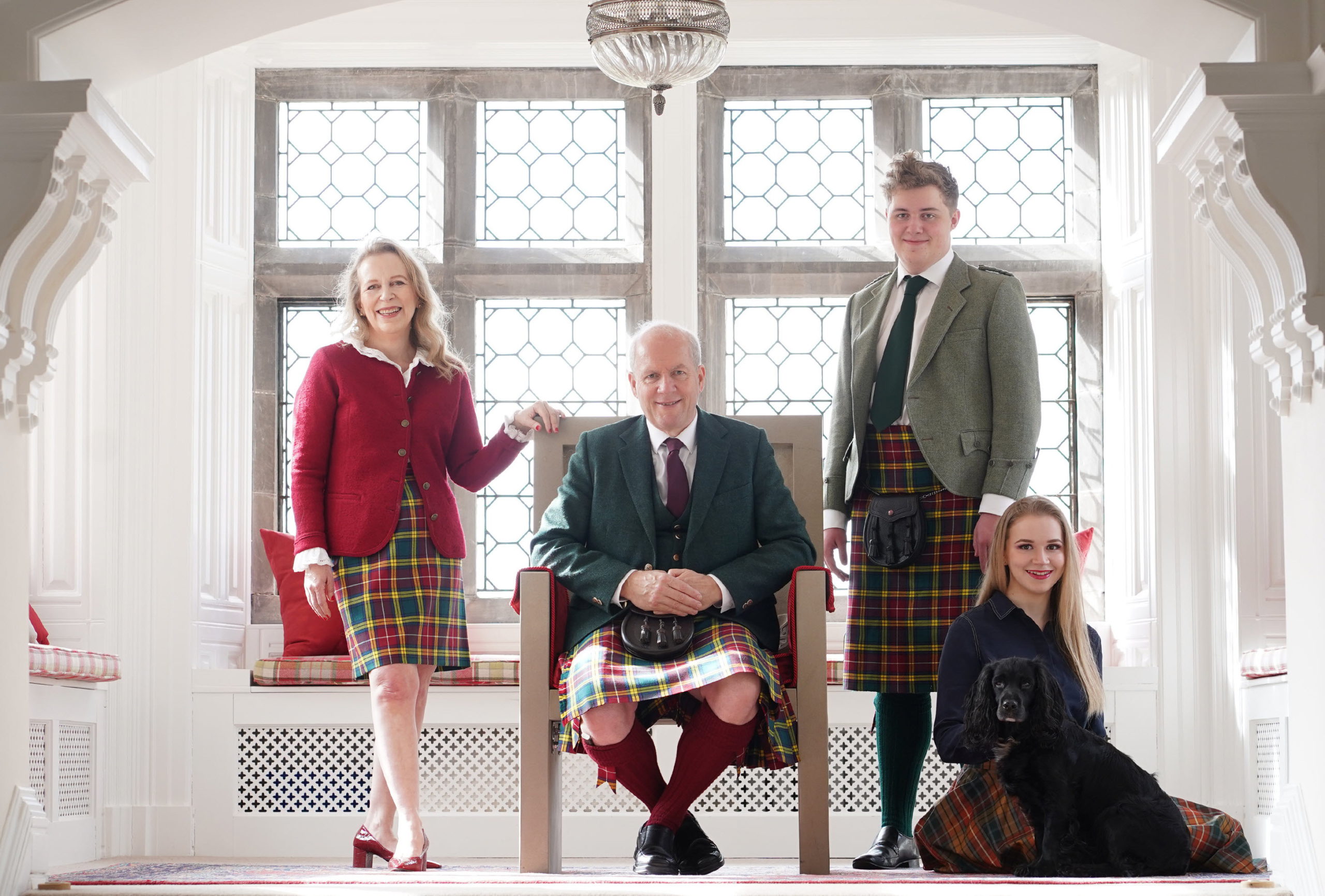 One of Scotland’s largest and most ancient clans is preparing to reunite for the inauguration of the first Buchanan Clan Chief for over 340 years.

Clan Buchanan is calling on clansfolk, affiliated families and supporters to gather for the historic occasion at its modern clan seat, the Cambusmore Estate in Perthshire, in October. The inauguration ceremony last took place in the 17th century and follows the appointment of John Michael Baillie-Hamilton Buchanan as Chief of Clan Buchanan. With a global community of over five million members, the chief will lead the first Clan Parliament in over 350 years to explore the future of Clan Buchanan and discuss how its traditions could be celebrated in the modern day.

The last Chief of Clan Buchanan was his ancestral kinsman, John Buchanan, who died in 1681 without a male heir. The upcoming ceremony will feature millennia-old clan inauguration rituals and a stone ‘throne’ carved by specialist Scottish craftsmen. New ‘clan jewels’ have also been meticulously reconstructed following years of historic research. These include the ancestral Sword of Leny, a white rod to symbolise clan justice and a falcon-shaped sguian dubh, the small knife traditionally worn with a kilt.

The inauguration will be the centrepiece of a weekend of celebrations in the picturesque setting of Cambusmore Manor in Callander, which is home to the chief. It will feature Scottish ceremonial traditions that have inspired scenes in Outlander and Game of Thrones, including a Clan Court and clansfolk kicking up their heels at a traditional Scottish ceilidh.

The Chief of Clan Buchanan said: “The clan has a thriving global community of more than five million people so we’re calling for Buchanans, affiliated families and supporters around the world to unite for this incredible moment in Buchanan history. For centuries our ancient clan was left without a Chief or Clan Parliament but this year we’re finally gathering in Scotland. This is a chance to restore Scottish traditions that have been confined to the history books for hundreds of years, bringing them back with a thoroughly modern twist.”

The Buchanan’s appointment to lead the clan was the culmination of decades of genealogical research conducted by a renowned genealogist, the late Hugh Peskett, who famously traced President Ronald Reagan’s Irish ancestry in the 1980s. While Clan Buchanan can be traced back to 1010 AD in Scotland, its global community includes members from across Great Britain, the USA, Canada, Australia, New Zealand and South Africa among many other countries. Over 120 affiliated family surnames are recognised as part of the clan including Watson, Morris, Richardson, Coleman, Gilbert, Walter and Harper.

They are represented by the world’s oldest clan society, the Buchanan Society, which was established in 1725 to support members of the clan in times of hardship, and the worldwide Clan Buchanan Society International. David J. Byrne, President of Clan Buchanan Society International based in the USA, said: “We’re eagerly looking forward to the inauguration of our new Chief, which will demonstrate to the world that Clan Buchanan is still a vital and thriving family with a shared history. What has been most encouraging to clansfolk scattered across the world is the Chief’s modern approach, while still embracing our heritage and traditions. We’ve used this as an opportunity to renew pride in the history of Clan Buchanan alongside a new sense of purpose as we look to the future.”

The Buchanan is the manager of Cambusmore Estate in the Southern Highlands near Callander. He has four children with his wife The Lady Buchanan including heir apparent, Angus John Buchanan younger of that Ilk, Bruce, Lucy and Rory. As well as those with the surname Buchanan, clansfolk also include those with Scottish roots and surnames such as Bohannon, Coleman, Colman, Cormack, Dewar, Dove, Dow, Gibb, Gibbon, Gibb, Gibson, Gilbert, Gilbertson, Harper, Masters, Masterson, Morris, Morrison (some only), Richardson, Rush, Rusk, Walter, Walters, Wasson, Waters, Watson, Watt, Watters and Weir. In the modern day, these are known as affiliated families but were previously known as septs of the clan.

Clan Chiefs must be approved by the Lord Lyon King of Arms. The Lord Lyon has full judicial powers to enforce use of heraldry and coats of arms in Scotland through the Lyon Court, the last surviving ‘Court of Chivalry’ in the world. Its powers are governed by an Act of the Scots Parliament from 1672. Many features of the inauguration ceremony come from a book by the late Lord Lyon, Sir Thomas Learney of Innes’ who wrote The Clans, Septs & Regiments of the Scottish Highlands.

The inauguration events and celebrations will run from Friday 7 to Monday 10 October with event activities ticketed and requiring bookings in advance. This includes the Clan Chief Inauguration at Cambusmore Manor, Clan Parliament at Cambusmore Chapel and a golf tournament at Buchanan Castle Golf Course. Talks and tours of the estate will also be offered throughout the weekend.

The Clan Chief Inauguration will take place on Saturday 8 October as part of a weekend celebration beginning on Friday 7 to Monday 10 October 2022. Tickets and further information are available at: www.theclanbuchanan.com/inauguration.