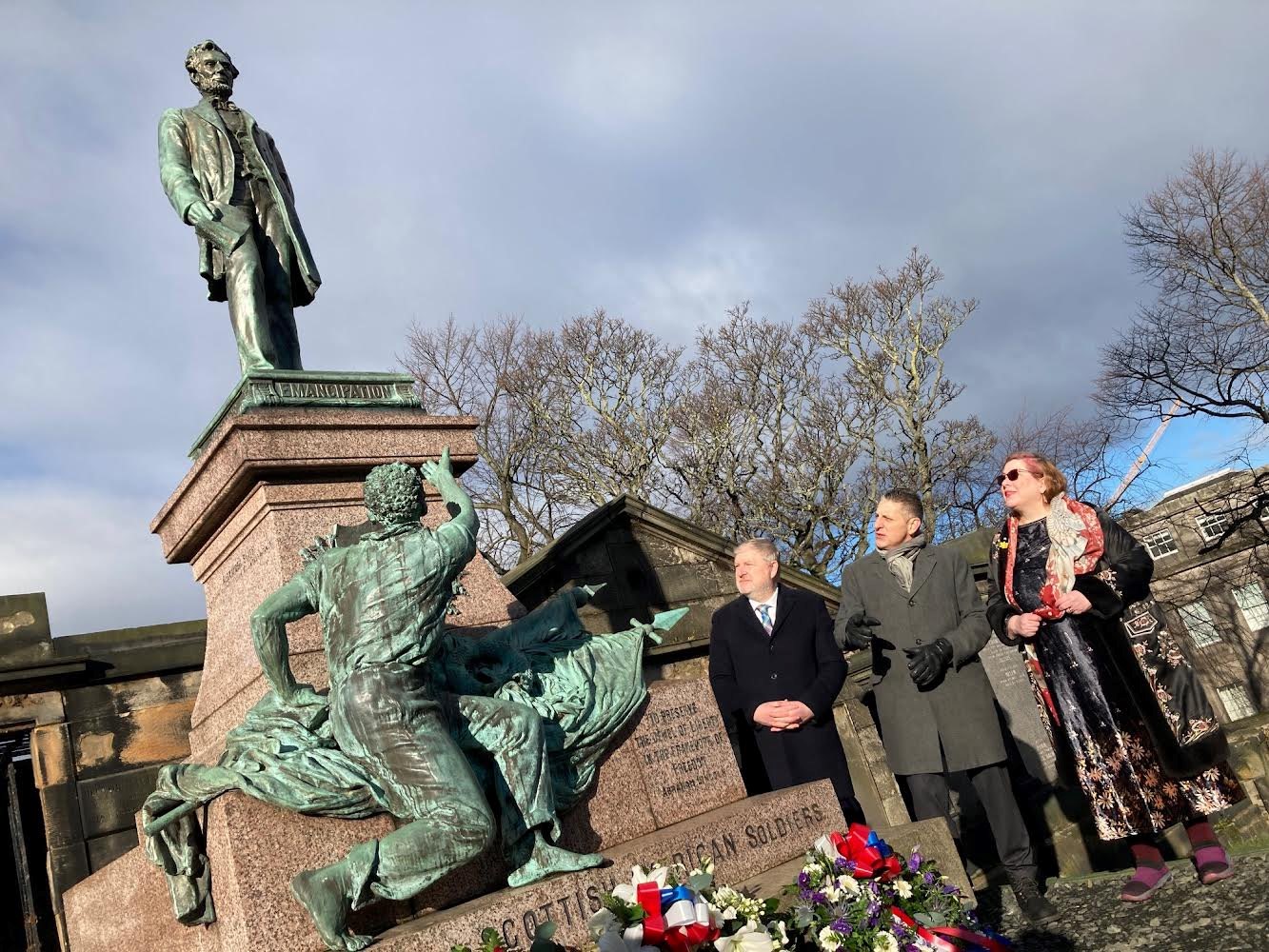 Association President, Stewart McLaurin, travelled to Edinburgh over the Christmas period and visited the monument, which was inaugurated in 1893 to commemorate Scottish soldiers who died in the Union Army during the American Civil War. The memorial includes a statue of the 16th President, the first statue of any American president in Europe and still the sole statue of a U.S. president in Scotland, and a freed slave and is also believed to be the only memorial to the Civil War outside the USA. Inspired by this and his own Scottish roots, McLaurin proposed a new annual tradition of marking on Presidents’ Day Lincoln’s life and the historic relationship between Scotland and the United States.

The United States and Scotland share many deep and profound connections

U.S. Consul General Jack Hillmeyer laid a wreath on behalf of the association and the U.S. Government alongside Cabinet Secretary for the Constitution, External Affairs and Culture, Angus Robertson MSP, and City of Edinburgh’s Culture and Communities Vice Convener Councillor, Amy McNeese-Mechan. The occasion also saw the unveiling of a minor restoration of the statue, which had been missing a spearhead on one of its regimental flags for over 40 years. The spearhead had been broken off and collected for repairs, sitting in various workshops for this time and had been thought lost. It was of great surprise when it was returned to the council in late 2021 by a now-retired employee now living in Spain who had kept it for safekeeping during various workshop moves.

Stewart McLaurin, President of the White House Historical Association said: “To see a statue of Abraham Lincoln in Edinburgh is a thrilling reminder of how he bent American history towards the arc of justice—and of our nation’s deep ties and everlasting friendship with Scotland.”

Jack Hillmeyer, U.S. Consul General said: “The United States and Scotland share many deep and profound connections. The Scottish American Soldiers Monument provides a constant reminder that our close relationship even extends to the field of battle. This ceremony is a fitting tribute to Lincoln, whose shining example of leadership during America’s darkest hour continues to inspire, and the Scots who were moved to fight for freedom and equality on American shores.”