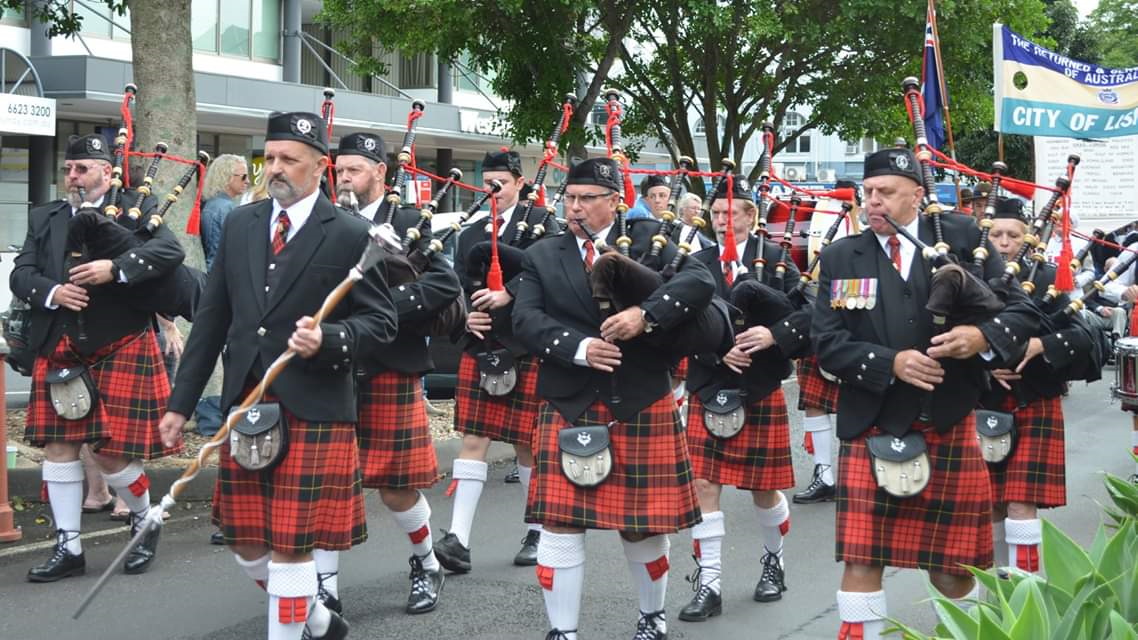 Late on one steamy February afternoon, alerts started to reach the residents of northern New South Wales, sounding the alarm that the unusually heavy rain that had been hammering Southeast Queensland was now bearing down their way. Knowing that their gear could be in danger, members of the Lismore City Pipe Band sprung into action as soon as they heard the news. As one of those now-rare bands that own their own practice hall, they moved quickly to pack up and shift everything of value – uniforms, instruments, memorabilia, supplies and equipment – to higher ground in the hall’s upper level. They left that evening reassured that everything was carefully stored away as securely as possible, and well above the 1974 flood line – the highest levels that water had previously reached.

Then just a few days later, they watched on in horror as their town was almost completely submerged by a staggering 14.4 metre floodwater peak – a new record, at more than two metres higher than any previous flood on record. The roaring floodwater caused devastating damage to a region that was already struggling after the consecutive blows of 2020’s catastrophic bushfires followed by the global pandemic. The band’s hall was entirely inundated, only the very top of the roof was visible when the floodwater peaked at an estimated 5.5 metres – and several band members’ houses and business were also severely impacted by the disaster.

“The local community have been coming together with flood rescues, accommodation, food, clothing and other assistance,” said Pipe Sergeant and Acting Secretary Scott Cameron, who’s been a member of Lismore City Pipe Band for more than 40 years. “We’ve also been so grateful for how so many people from the pipe band community have reached out to us and offered support.”

Since the floodwaters receded, band members have cleaned down the hall itself and salvaged any uniforms and instruments that they could, while also helping band members and other residents reclaim what they could of their homes and livelihoods. “We’ve been lucky to have saved most of our uniforms and drums, but we’ve lost a lot of other equipment, including tenor and bass drumsticks, a few sets of bagpipes, and our drum cases, plus some other stuff we’re not sure yet whether we can restore,” Scott said. “The worst was probably throwing out 75 years of ruined records and photos. You think this stuff is totally safe and secure in your hall, and then the unexpected happens. Totally heartbreaking, but had to be done.”

The hall itself is still structurally sound but has suffered significant damage inside, and with limited opportunities for performance income and fundraising over the last few years, the band was already finding it difficult to sustain the cost of building maintenance and running the organisation. Now, even while working through the adversity of trying to replace expensive equipment, pay for repairs, and rebuild the organisation, the band remains stoically optimistic. “It will be a tough few weeks and months, but we’re hoping to have a band on the street for Anzac Day for our community,” Scott said.

Pipe Bands Queensland is supporting Lismore City Pipe Band to get back on their feet and into the circle – they will be collecting gold-coin donations at all association-run competitions during the 2022 season, working with local businesses to secure equipment donations, offering tutoring and instructional support for the band and its players, and helping the band set up an online fundraising website to collect donations from well-wishes who live further afield. Please visit the Pipe Bands Queensland website for more information on how you can help: www.pipebandsqld.com