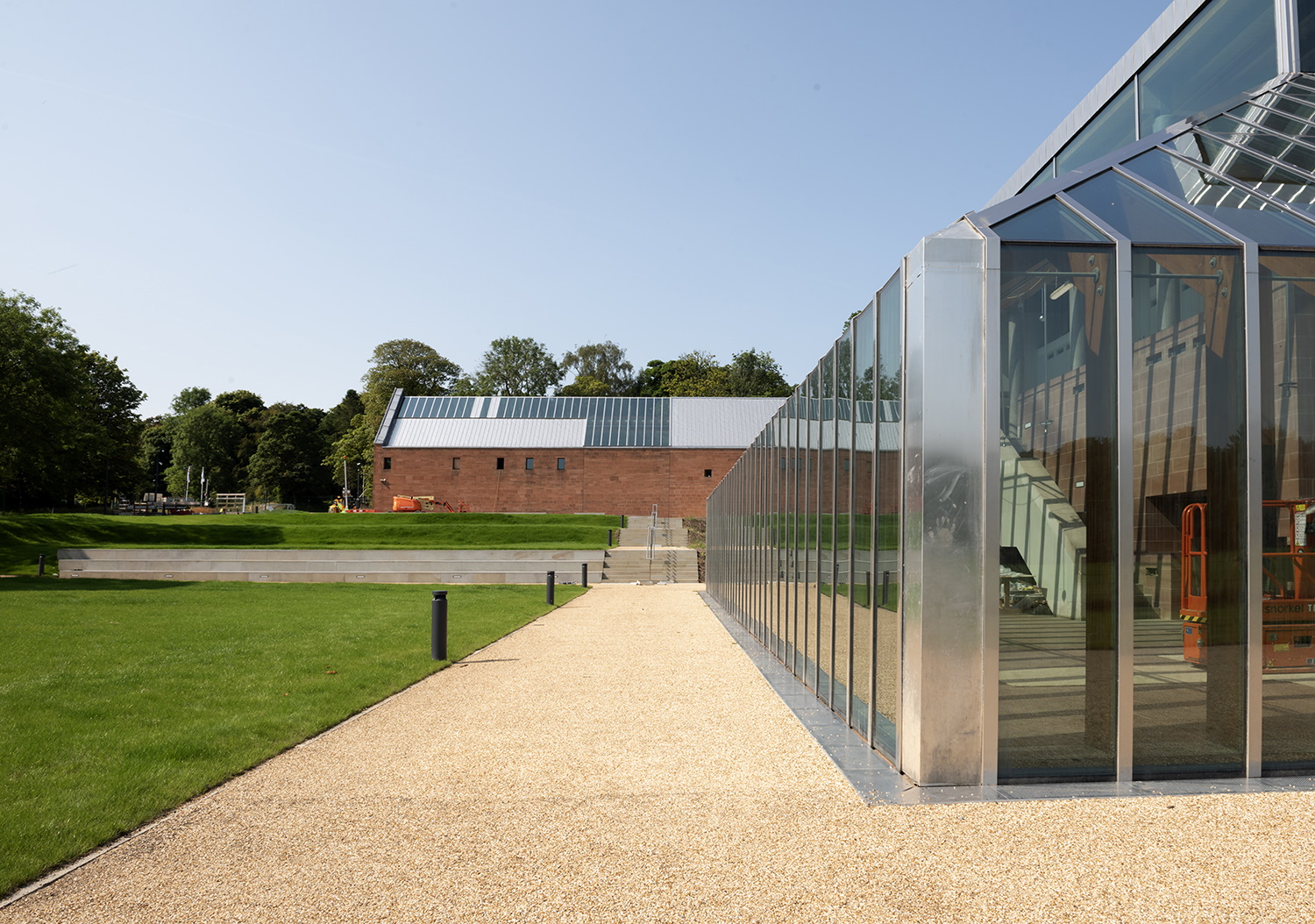 The Burrell Collection in Glasgow will reopen to the public on Tuesday 29 March after major refurbishment. The A-listed home of The Burrell Collection in Pollok Country Park is now a modern, greener museum that will show more of the Collection to visitors and give access to over a third more of the building. Sir William Burrell devoted more than 75 years of his life to amassing, along with his wife, Constance, Lady Burrell, one of the world’s greatest personal art collections, renowned for its quality of Chinese art, exquisite stained glass, intricate tapestries as well as its breadth of fine art.

The Collection is home to the Wagner garden carpet which is one of the earliest surviving Persian garden carpets in the world, and has rarely been on public display since The Burrell Collection first opened in 1983. The museum’s refurbishment and redisplay means this priceless carpet will now be on long term display, accompanied by new and innovative methods of interpretation. The Collection has 457 objects of Islamic culture including Persian piled carpets that form one of the finest collections in the UK and significant ceramic pieces which demonstrate the influence of Chinese porcelain on the pottery of Turkey. Other highlights include Chinese pottery and porcelain produced over a 5,000-year period, making it one of the most significant collections of Chinese Art in Europe; paintings by renowned French artists including Manet, Cézanne and Degas; Medieval treasures including stained glass, arms and armour and over 200 tapestries and carpets, which are among the finest in the world.

Sir William Burrell acquired spectacular Chinese bronzes from the era of the Shang and the Zhou dynasties when bronze casting is considered to have been at its height. The Collection also includes an exceptionally rare Ming dynasty Meiping vase dating from the Hongwu era (1368–1398), one of only four known examples anywhere in the world. The Burrell Collection’s medieval works include stained glass of outstanding quality and one of the largest and most significant holdings of tapestries anywhere in the world.

Sir William Burrell also had great interest in art produced by his near contemporaries. The Burrell has more works by the Glasgow Boy, Joseph Crawhall than any other museum and its 20 paintings and pastels by Edgar Degas place it among the largest groups of works by this artist worldwide. Other notable modern French artists include Boudin, Corot, Daubigny, Manet, Sisley, Gauguin and Cézanne.  Sir William also acquired significant Old Masters including Giovanni Bellini’s Madonna and Child which had hung for almost 500 years in the Barberini Palace in Rome. The donation of the Collection to the city was described at the time as: “One of the greatest gifts ever made to any city in the world.” (Sir Hector Hetherington, Principal of Glasgow University).

One of Glasgow’s greatest treasures

The Scottish Parliament passed a bill in 2014 which would allow international loans of objects from and to The Burrell Collection. Nearly 30 venues around the UK and across the world hosted art from The Burrell while its home was refurbished. Included were loans to New York’s Metropolitan Museum, the Musée de Cluny in Paris and several cities in Japan including Tokyo. Over a million people were able to enjoy artworks in the Collection through the tour.

Councillor David McDonald, Chair of Glasgow Life and Depute Leader of Glasgow City Council said: “The Burrell Collection is one of Glasgow’s greatest treasures which deserves much greater recognition and appreciation around the world. The refurbishment of its A-listed home, which itself, is one of Scotland’s modern architectural triumphs, and the redisplay of the Collection will ensure visitors have an unforgettable experience and return time and again to appreciate the breath-taking beauty of the art on display. At the same time, the connection between the city and The Burrell Collection and Pollok Country Park will grow even stronger as a result of the museum reopening.”

On reopening, the museum’s gallery space will have increased by 35%, allowing important and unique objects from the Collection, which have not been seen for decades, or have never been on permanent display, to go on show.  New displays will give visitors a better understanding of the international significance of The Burrell Collection’s artworks and the people who made them and some of the people who have owned them. In total 225 displays will spread across 24 galleries. The displays include innovative digital elements such as video walls, interactives and hybrid systems created to help people engage with the stories behind the Collection.  The museum’s environmental performance has been enhanced by greatly improving the building’s exterior through a new roof, glazing and cladding, and by replacing power, heating and lighting systems with more efficient and sustainable technologies.  As the world recovers from Covid-19, The Burrell is a reminder of culture’s contribution to the vibrancy and international appeal of Glasgow.  The opening of The Burrell in 1983 was one of the first demonstrations of Glasgow’s commitment to culture-led regeneration. By harnessing the power of its incredible cultural draw, Glasgow has positioned itself as one of the world’s great cultural and creative cities, making it a must-visit destination.