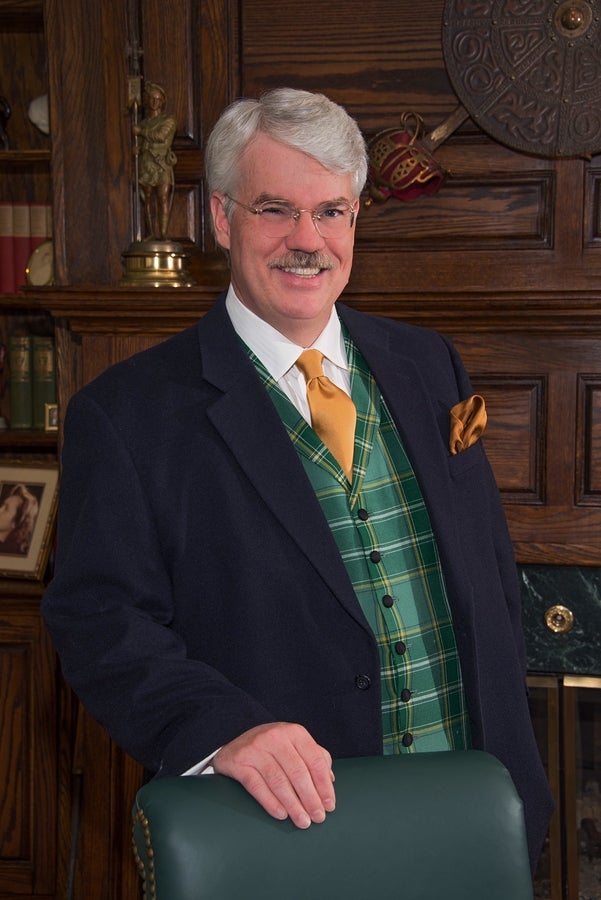 Robert Currie, Commander of the Name and Arms of Currie to be Honoured in Alexandria, VA

The Scottish Coalition USA has announced the selection of the 20th Annual National Tartan Day Award to Robert “Bob” Currie, Commander of the Name and Arms of Currie for his outstanding contribution as community leader and volunteer to our Scottish American community.

“We were unanimous is our choice of awardee. Bob Currie has devoted more than 30 years to supporting and promoting Scottish-American culture in the USA, from developing the outstanding Tartan Week festival for the past 20 years at Ellis Island every year during Tartan Week to producing the Pipes of Christmas concerts, both are now recognized as leading annual calendar events of the Scottish American diaspora. This together with Bob’s tireless work in support of the Learned Kindred of Currie and promotion of Gaelic culture makes him such an outstanding recipient.”

Currie commented, “First and foremost, I’m very grateful for the recognition from the award committee. Having remained faithfully committed to my love of Scotland for decades, I don’t really seek accolades, I work for the joy of introducing people of Scots descent into their wonderful and historic heritage. It’s all the better still when I see non-Scots or “affiliate” Scots, as we call them, share in this experience.”

Currie continued, “It is especially profound for me to receive this honor in its 20th year. This is a year of so many important anniversaries for me. I made my first trip to Scotland exactly 40 years ago in 1982. I formed the Currie Society ten years later in 1992. This year also marks the 20th year since we started our ‘Tartan Day on Ellis Island’ program. Ten years ago this year, we began rallying our Kindred via social media on Facebook and Twitter and now enjoy a strong worldwide following. And now we’re here in 2022 and I’ve just signed on as a staunch supporter of the new Lord Lyon Society and added a new music scholarship to our educational programming. It’s truly amazing how one trip to Scotland would change my life forever.”

“While I love all of Scotland, her beautiful country, history and warm and welcoming people, I must confess that my ‘Highland Heart’ belongs to the Island of Arran. It was from here in 1828 that my 3x great grandfather made the brave journey across the Atlantic to establish our family in Canada and later the US. I think about Neil and Flora Currie and often wonder what they think of all this celebration of family. I hope they are proud. Coincidentally, I was raised in a town called Scotch Plains! As you might surmise, the town was settled by Scots in 1684.”

Currie is a respected leader in the Scottish American community and has been involved in ethnic affairs and historic preservation for the last 30 years.

Following an international call for nominations, he was unanimously elected Commander of the Name and Arms of the Currie family – a Scottish bardic dynasty dating back to the 13th century. The election was held in Glasgow, Scotland in 2017 and affirmed by the Lord Lyon, King of Arms in 2018 at a celebration in Edinburgh. Bob recently became a member of the Standing Council of Scottish Chiefs.

In his book, “Scottish Clans and Tartans,” noted author and historian Ian Grimble wrote, “Through the MacMhuirichs (Curries) the Literary Torch of in the Western Islands was preserved for generations. They were recognized as the as the most illustrious body of learned men who were specialists in the heroic literature and genealogy of the ancient Gaelic world.”

Currie, along with the support and guidance of the Scots Gaelic community reestablished the once famed literary dynasty by forming a family society in 1992. Now a “Learned Kindred” as opposed to a Highland Clan, the far-flung Curries have grown from strength to strength, now counting thousands in their membership rolls and multiple social media outlets on Facebook, YouTube, and Twitter among others.

The Society’s signature events include “Tartan Day on Ellis Island” (founded in 2002) and the award-winning “Pipes of Christmas” concerts now in its 24th year. The Society has distributed thousands of dollars in scholarships to deserving students in the US, Canada, and Scotland.

The Society is also the Title Sponsor of the US National Scottish Harp Championship and was at the forefront of developing cultural heritage tents specifically for harp, fiddle and Gaelic singing at Scottish games in the United States.

Currie was instrumental in forming the Bonnie Brae Scottish Games in Millington, NJ in 1986. From 1993 to 2002, Currie served as Chairman of the Ethnic Advisory Council for the State of New Jersey. Robert was appointed by Governor Whitman to the NJ Advisory Committee on the Preservation and Use of Ellis Island in 1998. In 2000, the committee’s work developed into the Save Ellis Island Foundation where Mr. Currie currently serves as Director and Secretary.

In recognition of his years of service to the Scottish American community, Bob received the Ellis Island Medal of Honor in 2017. He has also received an Honorary Doctorate from Edinburgh Napier University in Scotland and was also the recipient of the Saltire Award from St. Andrew’s University in Laurinburg, North Carolina.

In November of 2017, Bob received the International Gaelic Leader Award from Scotland’s Bòrd na Gàidhlig – the departmental public body of the Scottish Government with responsibility for Gaelic. It was established in 2005 and is based in Inverness. Bob is also an inaugural Supporters of the new Lord Lyon Society in Edinburgh.

Currie dedicates the award to his wife and daughters who have provided unwavering support and inspiration for his long road back to the Isles.