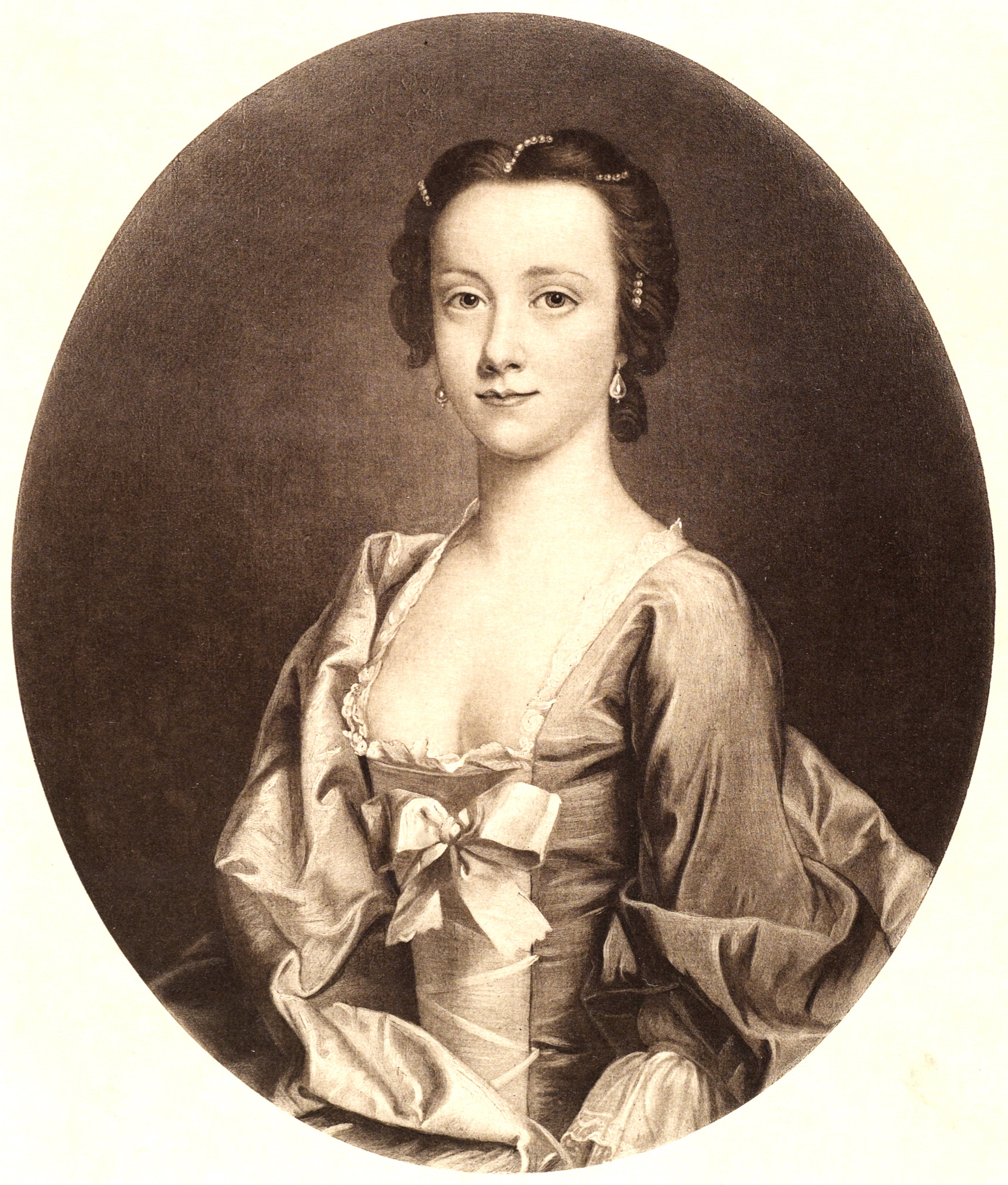 This year is the 250th anniversary of the death of Jean Cameron. Jean led 300 men to the raising of the Jacobite standard at Glenfinnan in 1745, even though she was a woman. Anti-Jacobites started many rumours about her, including that she was Bonnie Prince Charlie’s mistress, she had a wooden leg, she died of poverty in a stairwell in Edinburgh, and she wore men’s clothes, all to blacken her name and that of the Jacobites. In fact, after the failure of the 45, she moved to near what is now East Kilbride and though a devout Catholic, supported the local Presbyterian school, and it was said helped many poor Highlanders who visited her there as Judy Vickers explains.

She was, some claimed, a wanton debauched hussy, thrown out of school while still a youngster for her scandalous behaviour, who fathered children out of wedlock, and who became the mistress of a prince. Others said she was a mannish Amazonian, who wore male clothes, enjoying fighting duels and marched into battle at the head of her forces. In fact, it is just possible that Jean Cameron of Glendessary was a dignified noblewoman and a Jacobite loyalist whose biggest crime was to bring 300 men to Glenfinnan when Bonnie Prince Charlie raised his standard in 1745 at a time when many thought women should stay at home and stay quiet.

This month marks International Women’s Day on March 8 with a call to break down gender stereotypes – historic stereotypes which Jean paid a heavy price for due to her bravery in answering the call by clan chief Cameron of Lochiel to support the Young Pretender, as, in the absence of her brothers John and Allan, she was factor of the family estates in Morvern.

In the years following the ‘45 uprising, when Charles Edward Stuart, grandson of King James VII (II of England) attempted to take back the throne of Britain which his family had lost to William of Orange in 1688, her reputation was dragged through the mud – plays, ballads and books were written about her, mostly for anti-Jacobite propaganda and the details of her life became more lurid with each retelling. In fact, following the ill-fated rising’s defeat at Culloden in 1746, Jean – often called Jenny or Jeanie – bought an estate in Lanarkshire and opened a school for orphaned children, living quietly until her death in 1772, 250 years ago this year.

Her death is one of the few definite facts known about Jean despite the outpouring of words about her, leading her to become a byword for all that was wrong with the female sex in the 18th century.

It is believed that she was born around 1698 into a lesser branch of Clan Cameron, although through her mother she was related to the Cameron of Lochiel, the hereditary clan chief. Her immediate family held land in Morvern and were well-known supporters of the Stuart cause – her father had joined the 1715 uprising. According to one account she was sent to school in Edinburgh but became embroiled in a sex scandal while still a teenager and had to be sent to a convent in France by her family. But her behaviour there did not improve and she ended up being returned to Scotland. The account, however, is found in James Ray’s Complete History of the Rebellion from its rise in 1745 to its total suppression. He was a staunch Hanoverian who followed the Jacobite army from Carlisle to Derby in 1745 so that he could provide information to the Duke of Cumberland, leader of the British forces.

Other accounts say that she was married to a distant member of the Cameron clan and was widowed, or wed to an Irish officer called O’Neill who treated her badly and from whom she fled back to her childhood home. Whatever the truth, she was back in Scotland, looking after the family’s estates as her brothers John and Allan had travelled abroad before the prince called on the Highlands to rise in his cause.

She is said to have ridden at the head of 300 men, the Glendessary estate’s quota of men required to turn out at the command of their clan chief, Donald Cameron of Lochiel who supported the Jacobite cause.

Accounts strongly differ as to her appearance at the prince’s camp, though. According to Archibald Arbuthnot in A Brief Account Of The Life And Family Of Miss Jenny Cameron: The Reputed Mistress Of The Pretender’s Eldest Son, she arrived in a “sea-green riding habit, with a scarlet lapel, trimmed with gold, her hair tied behind in loose curls with a velvet cap and scarlet feathers . . instead of a whip, she carried a naked sword in her hand. A female officer was a very extraordinary sight, and it being reported to the young chevalier, he went out of the lines to meet this supply; Miss Jenny rode up to him without the least concern, and gave him a soldier-like salute.”

A lady of distinguished family, character and beauty

However, Aeneas MacDonald, one of the seven men of Moidart, captured after Culloden and exiled, later described her arrival rather differently; “Among the rest was the famous Miss Jeanie Cameron, as she is commonly, though very improperly called, for she is a widow nearer fifty than forty years of age. She is a genteel, well-looking handsome woman with a pair of pretty eyes and hair as black as jet. She is of a very sprightly genius and is very agreeable in conversation.” According to his account Jean didn’t accompany the army and was only with the prince “in public when he had his court in Edinburgh.”

Nevertheless, the idea of female soldier was a gift to the anti-Jacobite propagandists. In 1746 a musical play was performed at Drury Lane called Harlequin Incendiary or Columbine Cameron and popular ballads were written about her including Bonnie Jean Cameron, which included the line: “She prayed to the saints and bade the angels defend her, and sank in the arms o’ the Young Pretender.” Arbuthnot’s account also claimed she had had several children out of wedlock. She was also often mixed her up with another Jenny Cameron, who was taken prisoner by government forces in 1746 – this Jenny Cameron was in fact a milliner from Edinburgh. Whatever the truth, her name had become a byword for notoriety in the aftermath of the defeat at Culloden and the suppression of the Highlands.

A collection of memoirs printed almost ninety years after Culloden has a tale of a shopper buying snuff in Edinburgh when a beggar entered. Without speaking a word, the shopkeeper handed the beggar a coin, which was taken silently and the beggar left. The customer, however, having noticed the elegant hand of the beggar, asked the shopkeeper for more details and was told it was Jean Cameron who had followed the prince to France but been cast off, then rejected by her family on her return to Scotland.

And in Robert Chambers’ Traditions of Edinburgh, published in 1825, an even more tragic picture was painted: “Jeanie Cameron, the mistress of Prince Charles Edward, was seen by an old acquaintance of ours standing upon the streets of Edinburgh, about the year eight-six. She was dressed in men’s clothes and had a wooden leg. The celebrated and once attractive beauty, whose charms and Amazonian gallantry had captivated a prince, afterwards died in a stair-foot somewhere in the Canongate.”

In fact, in 1751, Jean bought the estate and mansion of Blacklaw near what is now the town of East Kilbride and renamed it Mount Cameron. Writing twenty years after her death, a local minister said she was remembered as “a lady of distinguished family, character and beauty”. She was also said to be “informed, intelligent and graceful”. Another said many poor Highlanders came to visit her in her new home and she was said to have opened a school for Highland children orphaned in the ‘45.

Why she left her beloved Highlands isn’t known although her notoriety and the repressive measures inflicted on the areas loyal to the prince may have been the cause. She asked to be buried back near her childhood home but her grave is at Mount Cameron. It now lies in an open area in a suburb which has built up around it but is marked by a cairn built in 1995 of stone brought from Acharn in Morvern.