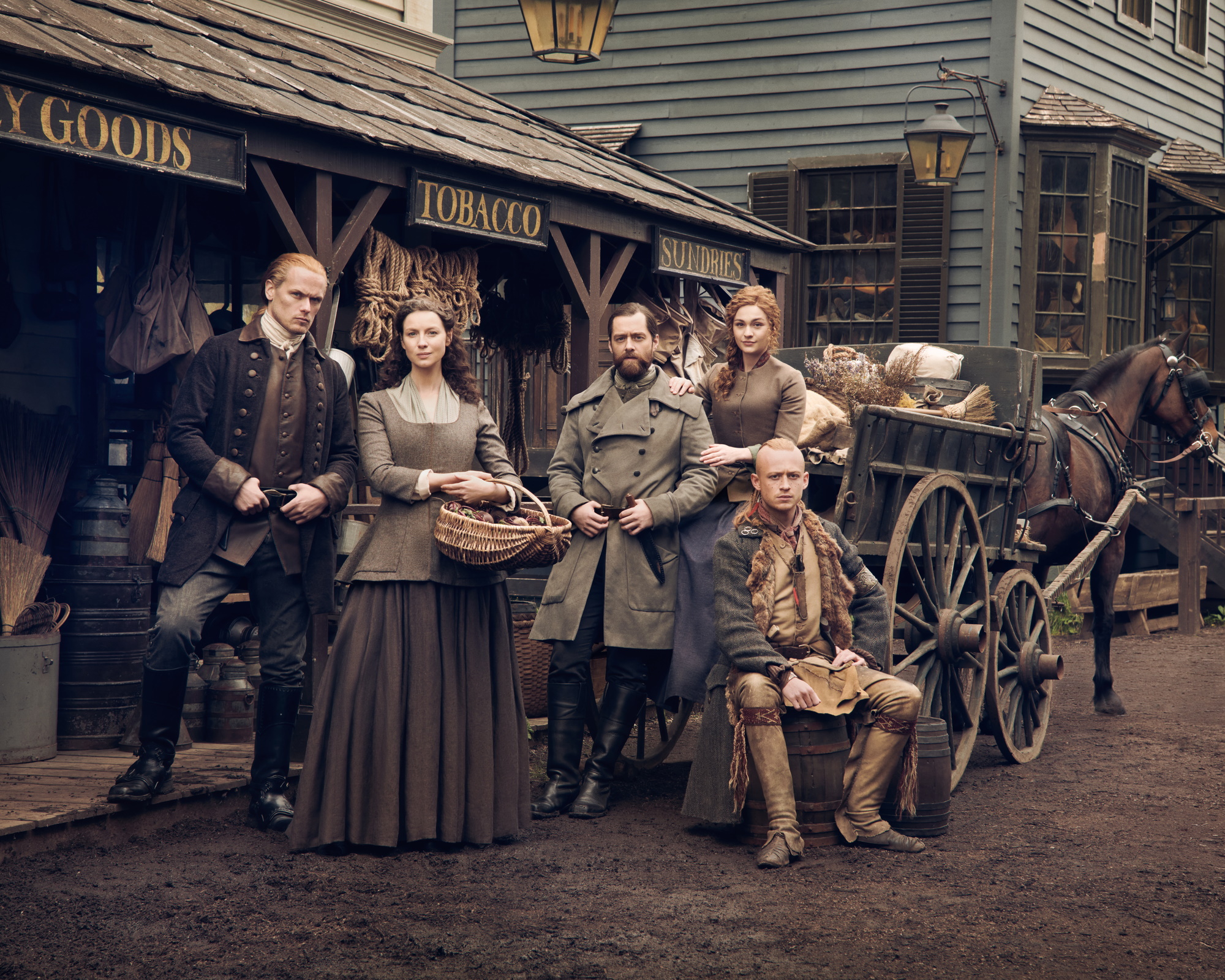 The highly anticipated Season 6 return of epic drama series Outlander will premiere this month, putting to an end the two year ‘Droughtlander’ some have been experiencing. Production in Scotland of the hit international show was delayed due to the Covid pandemic, and this season will be eight episodes, less than the average 12-13 episode seasons. Season 6 will be however launching with an extended ninety-minute episode, new episodes will then premiere weekly.

The Outlander television series is inspired by Diana Gabaldon’s Outlander book series whose first eight books have sold an estimated 50 million copies worldwide, with all of them gracing the New York Times best-seller list. The television series has already been renewed for a seventh season. Outlander spans the genres of romance, science-fiction, history and adventure in one epic tale. It follows the story of Claire Randall, a married combat nurse from 1945, who is mysteriously swept back in time to 1743 Scotland. When forced to marry Jamie Fraser, a chivalrous young Scottish warrior, Claire’s heart is torn between two vastly different men in two irreconcilable lives.

Season six of Outlander based on Gabaldon’s book A Breath of Snow and Ashes, picks up where the fifth season left off after Claire Fraser (Caitríona Balfe) had just escaped a violent encounter with Lionel Brown (Ned Dennehy) and returned to Fraser’s Ridge. The sixth season of Outlander sees a continuation of Claire and Jamie’s fight to protect those they love, as they navigate the trials and tribulations of life in colonial America. Claire and husband Jamie MacKenzie Fraser (Sam Heughan) now strive to maintain peace and flourish within a society which, as Claire knows all too well, is unwittingly marching towards Revolution.

The series lead actor Sam Heughan told Starz about Season 6, “Jamie’s past almost catches up with him… or comes back to haunt him, per se. We meet some characters that come back into Jamie’s life and some are good and some are more unsettling.” He added, “This season, we’ve had the build-up to this War of Independence, this revolution, and Jamie Fraser’s very much been part of that. He’s been on the side of the British. He knows they’re the losing side. As we get closer to that point, the stakes are higher… but also Fraser’s Ridge, there’s a revolution within the home as well.”

Production of the seventh season was confirmed in 2021 with production yet to start.  Season 7 will be based on Diana Gabaldon’s novel Echo in the Bone and will be pleasing for fans as it will be an extended 16-part season. US writer Diana Gabaldon released the ninth Outlander book late in 2021 called Go Tell the Bees That I Am Gone, and has committed to 10 books in the Outlander series.

Are you an Outlander fan? Do you have a favourite character, storyline or book? Share your story with us by email, post, or social media.

Outlander returns on Sunday March 6, 2022 at 9pm on Starz. Season 6 of Outlander will screen on the W Network in Canada.

Outlander returns on Monday March 7, 2022 at 7pm On Demand on FOXTEL, and available to watch 9pm every Monday on FOX ONE. Season 6 of Outlander will screen on Neon in New Zealand.