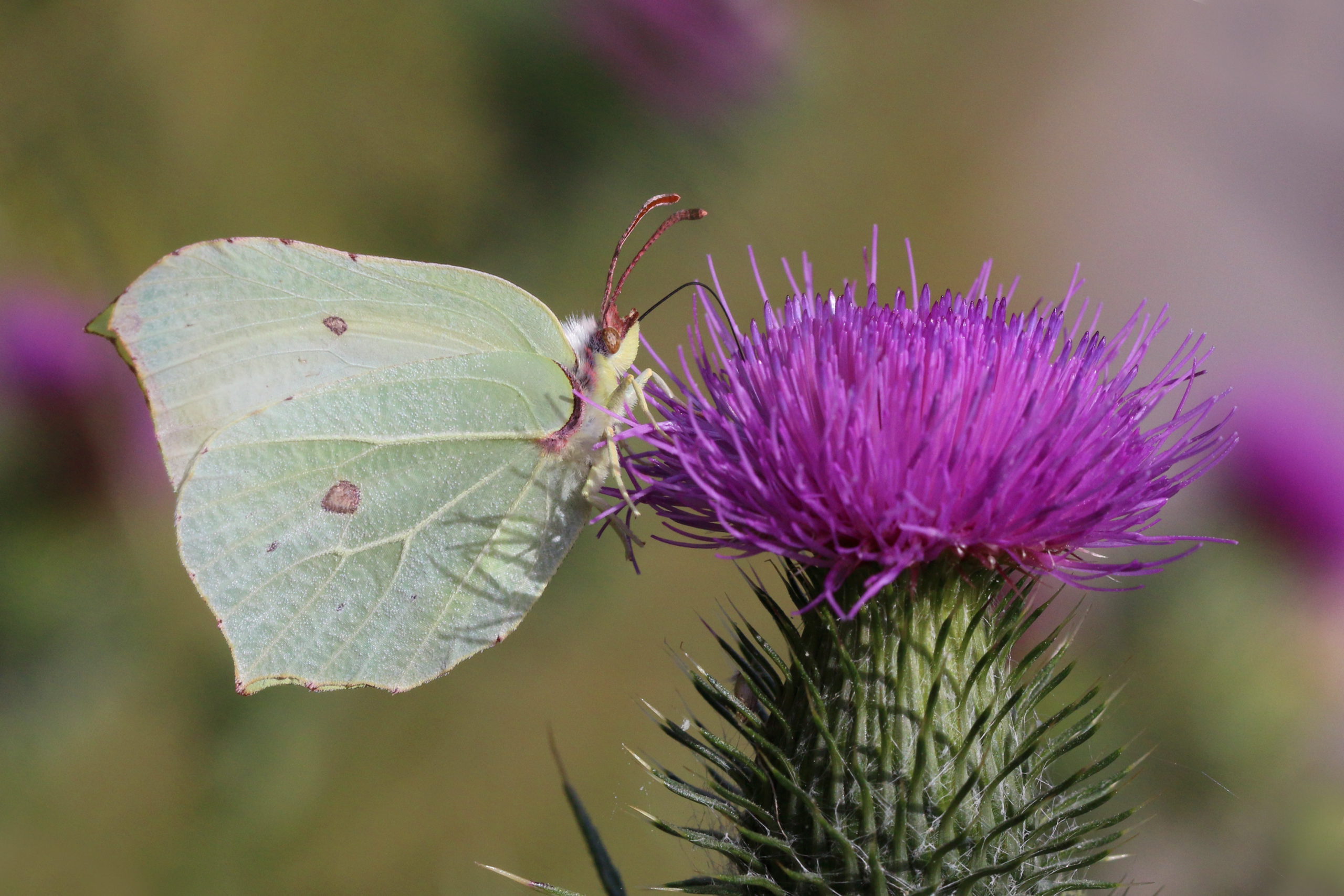 When a group of Norse fighters crept up in the dead of night, getting ever closer to a sleeping Scots army, it must have seemed to them that the idea of going barefoot to allow a silent attack was a tactical master stroke. But the Ayrshire landscape had a surprise in store, something that is still remembered today, more than 750 years later.  Walking over a bed of thistles without footwear is too much for most, and the invaders shrieked in pain as the sharp prickles pierced their skin. The Scots were alerted and saw off the Norsemen, a precursor to the ensuing Battle of Largs where King Haakon Haakonsson’s men were seen off, ultimately ending five hundred years of Norse occupation.

An emblem of Scotland

While the events of 1263 may be interesting, and they certainly had a major impact on the future of Scotland, it is the thistle that has come out the real winner. From that tale of soldiers being thwarted by the plant, it has become an emblem of Scotland with a global reach, marked by Royal Orders, flags, coins, army units, universities, sports teams and even mascots. Perhaps the most prestigious commemoration of the thistle is The Most Ancient and Most Noble Order of the Thistle, the oldest chivalric order in Scotland.

According to the Royal Household: “The Order of the Thistle is the greatest order of chivalry in Scotland, recognising sixteen Knights with the highest honour in the country and recognises Scottish men and women who have held public office or who have contributed in a particular way to national life.”

Its origins are steeped so far back in the mists of history that no-one really knows when the order was founded. Some say King Achaius made an alliance in 809 with the Emperor Charlemagne and began it then. Others claim it was started at the end of the 15th century by James III who had adopted the thistle as the Royal plant badge. What is known is that James VII of Scotland (James II of England) gave a statutory foundation to the order in 1687 – to reward Scottish peers who supported the king’s political and religious aims.

The Queen appoints people to the order as her personal gift, and current knights and ladies include Lady Marion Fraser, a music teacher and former Director of St Mary’s Music School in Edinburgh as well as former Chief Scout of the United Kingdom, Sir Garth Morrison. The order has its own chapel at St Giles’ Cathedral in Edinburgh and uses the motto Nemo me impune lacessit (No one harms me with impunity), which is the Latin motto of the Royal Stuart dynasty of Scotland.

The Scots Guards also use the motto Nemo me impune lacessit, and have the thistle on its regimental badge. The thistle appears on the badge of the Yeomen of the Guard as well – a bodyguard for the monarch which originated in 15th century England but expanded with the Union of the Crowns in 1603. Following the union, James VI of Scotland incorporated the thistle, with a Tudor rose, into a royal badge and the flower now appears in the Royal Arms of the United Kingdom, as well as the emblems of major public bodies, such as the United Kingdom’s Supreme Court.

A symbol of strength

But it is not just nobility and the state who lay claim to the thistle as a symbol of strength. In modern Scotland it can be seen in many aspects of life, notably sport. The football teams Partick Thistle and Inverness Caledonian Thistle are the obvious examples, but it is also the name of the national netball team and Clyde the Thistle was the mascot for the 2014 Commonwealth Games in Glasgow.

It is also the emblem of the country’s rugby team, who also began the tradition – followed by other sports – of singing Flower of Scotland before games. In fact, images of the thistle are so widely seen in Scotland, you could be forgiven for not noticing them – the flower also forms the basis of the logo for the Scottish National Party and Police Scotland and is the emblem for the Encyclopaedia Britannica, which originated in Edinburgh. Coins in Scotland have made use of the symbolism of the thistle, starting in 1474 with currency issued by James III. In 1536 a sixpence (commonly called a bawbee) was minted under James V showing a crowned thistle. Five pence pieces were minted with a thistle on them until 2008 and are still in circulation.

The Scottish thistle also has worldwide appeal and is in the coat of arms of Nova Scotia. Meaning New Scotland, the province was given the name after British conquest in the 18th century. The flags of Montreal, Canada and in the United States Annapolis in Maryland also use the thistle, as does the crest of Carnegie Mellon University in Pennsylvania.

But which thistle are we talking about?

Many images of thistles on crests, flags, coins and badges are based on the cotton thistle. However, while native to most of Europe, it is only in the last few centuries that it has spread as far as Scotland and in medieval period it would not have grown in the country.

But the spear thistle could well be the thistle trodden on by Norse fighters more than seven hundred years ago. It is still found widely in Scotland, and across the world, including Australia and North America.

Some have wondered if the true thistle of Scotland is the musk thistle, the romantically named melancholy thistle or Our Lady’s thistle. But whatever the actual species, it has a long-lasting place in the culture of Scotland which shows no sign of disappearing.