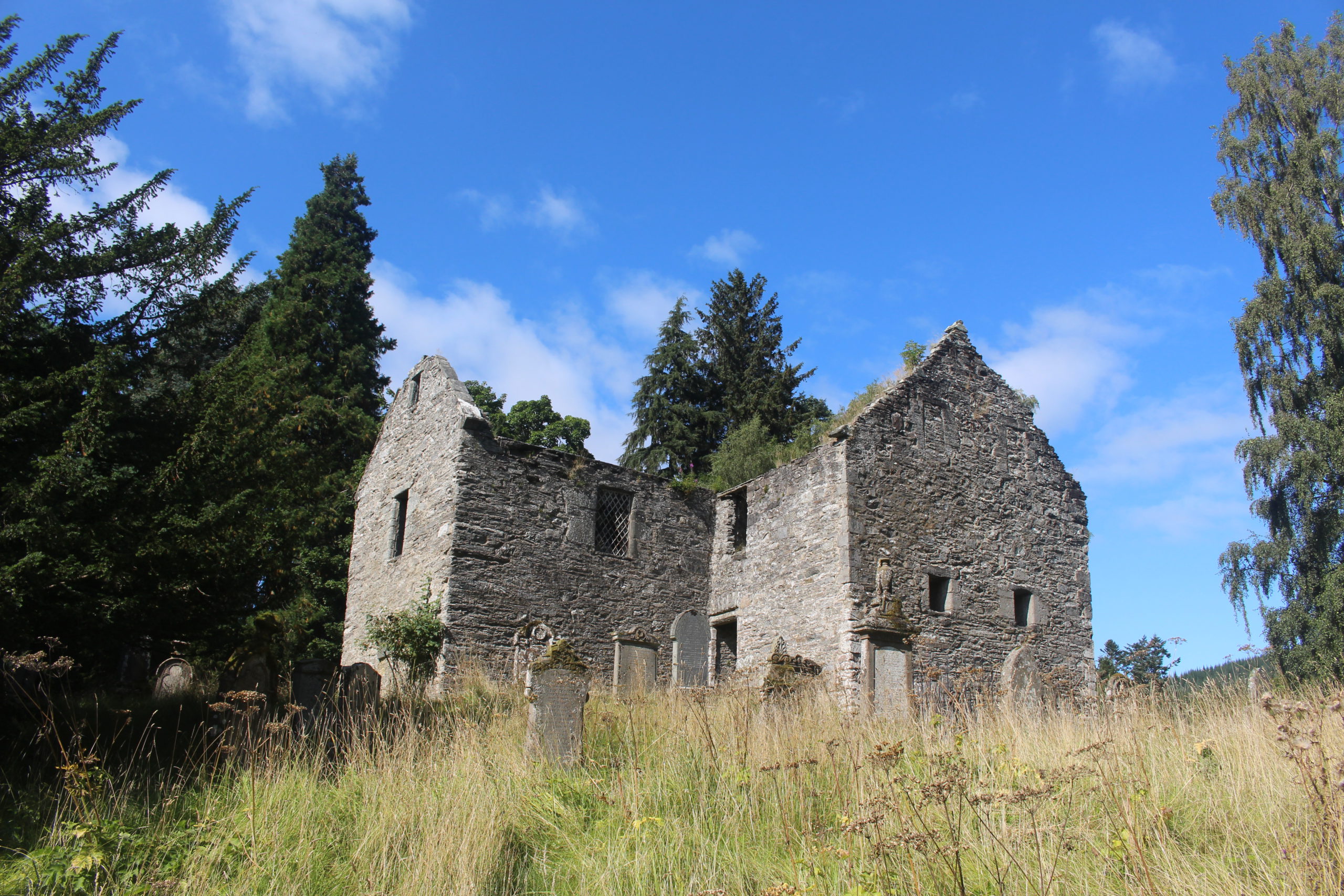 I’m about to describe one of my favourite spots in Scotland, a restored ruin in a peaceful spot of great beauty in Perthshire. But before I let slip the secret, a bit of history. Blair Atholl is a handsome estate village that originally served the Dukes of Atholl at nearby Blair Castle, but now caters mainly for tourists. If you arrive from the south, you’ll cross the River Tilt by a bridge built in 1823, or the railway bridge that came forty years later. Before the 1823 road was built, though, the road north crossed the river further upstream and the ran further up the hillside. Much of its route survives and the site of the village Blair Atholl replaced is known as Old Blair. Now, of course, the 19th century road and railway are themselves bypassed by the new A9 that appeared in the 1980s.