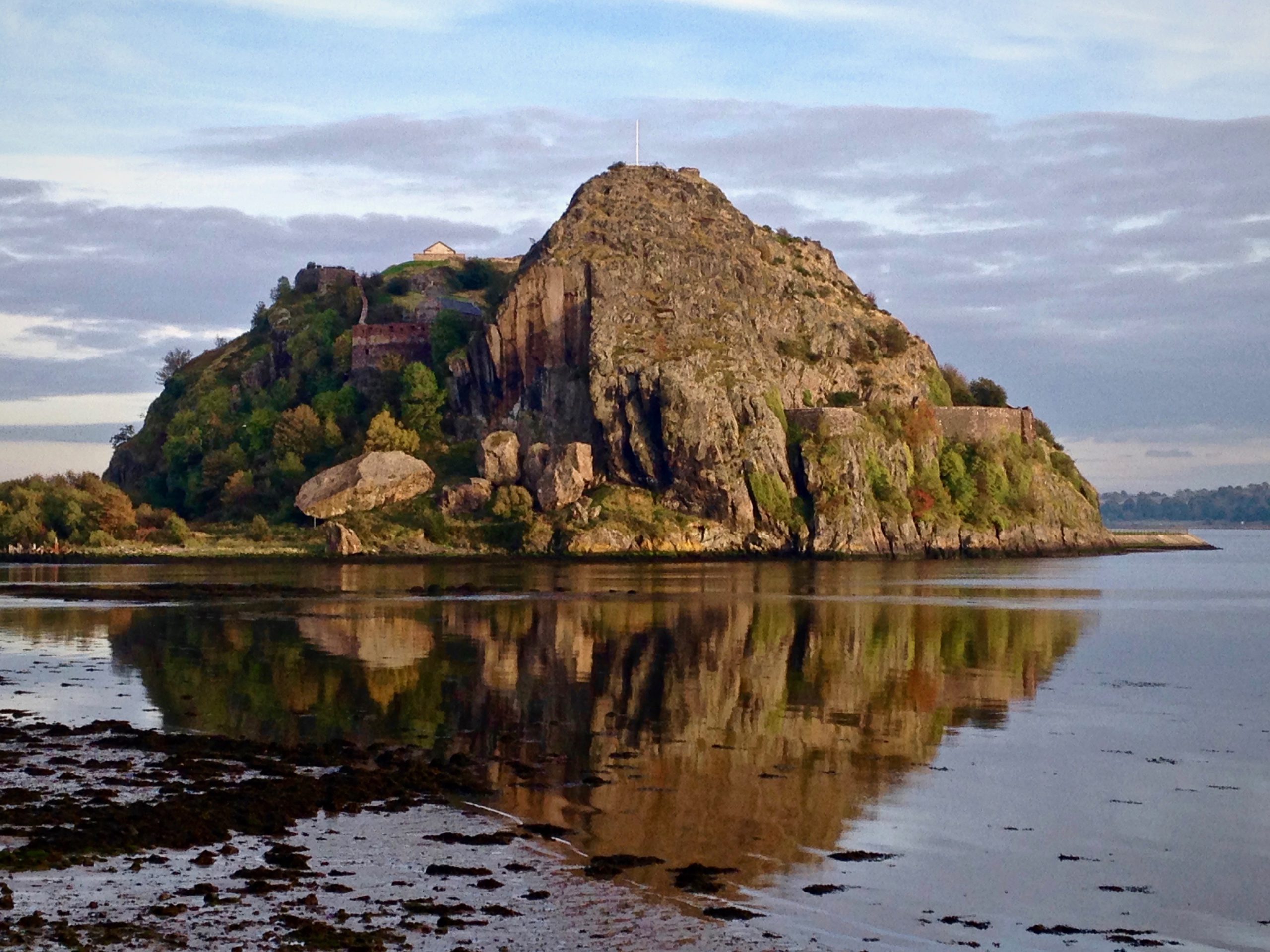 Find an outcrop of rock in Scotland and chances are someone, at some point, called it a seat of power. Inland crags, coastal cliffs, and the stone spires left by retreating glaciers 12,000 years ago are commonly crowned by castles or their prehistoric equivalents – duns, brochs, hillforts, lookout towers, and every other type of fortification imaginable.

Nothing, however, serves as a statement in stone quite like building on the carcass of an extinct volcano. Think Edinburgh and Stirling castles, or the island strongholds of Bass Rock and Ailsa Craig, both of which loom large as natural wonders and visitor attractions. In terms of sheer symbiosis between stones crafted by hand and those crafted by nature, however, none can rival Dumbarton Rock. I would not be surprised if you had not heard of it until now. Dumbarton receives little of the fanfare given to the likes of the places listed above. Just why that it is anyone’s guess. Sure, Dumbarton is not at the centre of a major tourism hub like Edinburgh or Stirling; in its shadow is a football pitch, and the area it is in (about 15 miles west of central Glasgow) is much more famous for its industrial heritage and wartime involvement than its medieval history. However, few landmarks in Scotland are as distinctive or ancient as Dumbarton Rock.