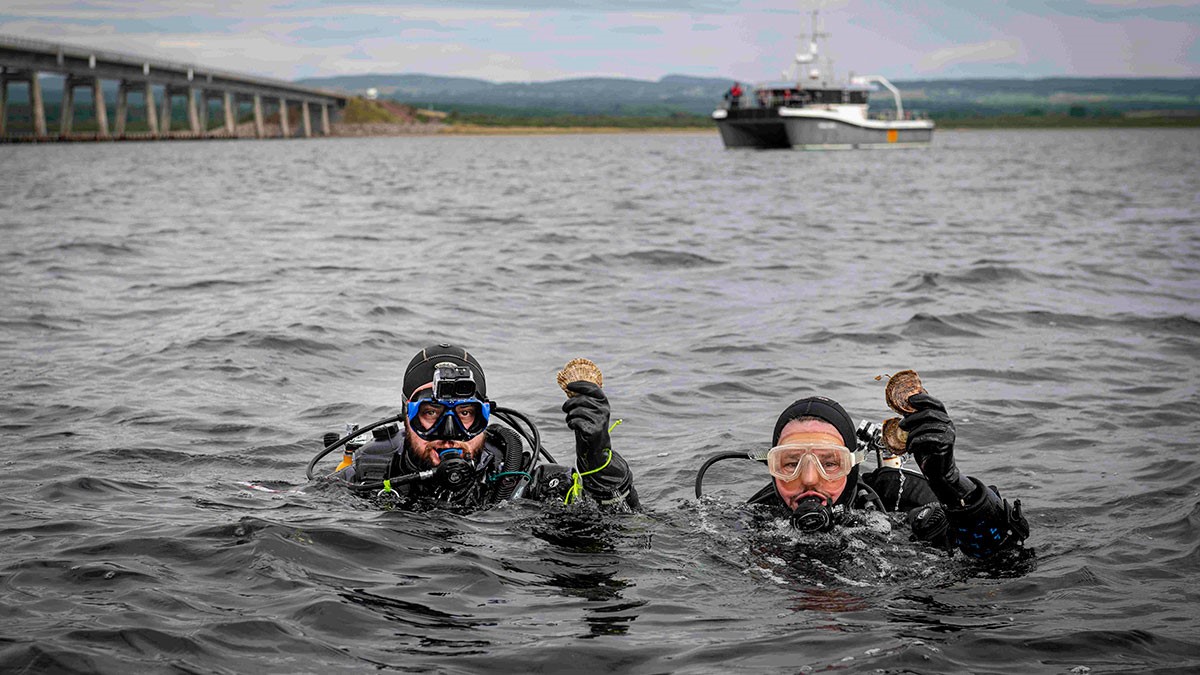 Glenmorangie Distillery and a team of scientists from Heriot-Watt University have reached a significant milestone in the Dornoch Environmental Enhancement Project (DEEP), focused on restoring a sustainable native oyster reef in the Dornoch Firth. August 2021 marked the completion of 20,000 native European oysters being returned to the Dornoch Firth, where they became extinct more than 100 years ago as a result of overfishing.

On the banks of the Dornoch Firth

This phase’s success will pave the way for the restoration of the reef, after years of research, planning and monitoring. As part of the DEEP project, the team is investigating findings that suggest that the restored oyster reef habitat has the capacity to act as a long-term carbon store. Researchers are now researching the carbon value of the calcium carbonate produced in the shell of native oysters, a key component in estimating the total value of the reef’s carbon storage potential.

Conscious of the organic waste discharge from the Distillery in Tain, Glenmorangie has long understood the need for a water quality enhancement strategy while supporting the marine environment at its brand home on the banks of the Dornoch Firth. The oysters will play a key role in purifying the water which contains organic by-products from the Distillery and the local area, with one oyster able to purify up to 200 litres of water a day. The Distillery’s anaerobic digestion (AD) plant commissioned in 2017 has already successfully reduced the Distillery’s biological load on the firth by over 95%, and in a Distillery first, the oyster reef is expected to act in tandem to soak up the remaining 5%. In addition to the water purification role the oyster reef also creates a haven for marine life and will help to mitigate the effects of climate change.

Professor Bill Sanderson, from the School of Energy, Geoscience, Infrastructure and Society at Heriot-Watt University, said: “DEEP has allowed us to demonstrate the many benefits of restoration of long-lost reefs, and carbon storage is yet another exciting outcome of the research for the project.  We are still uncovering exactly how much of a game changer this can be but we’re increasingly focusing our research on delving deeper into the role of the oyster reef as a carbon store. It’s great to think that the Dornoch Firth can contribute as a global exemplar for helping to mitigate climate change, especially as we run up to COP26 being held here in Scotland.”

In the process of restoring the reef, Glenmorangie and Heriot-Watt University have worked with rural Scottish oyster growers and brood stock providers across Scotland. In a government-funded report, it was found that for every aquaculture job created in the Highlands, there was a gross value added of about £68k, demonstrating that breeding oysters for reef restoration adds extra economic value.