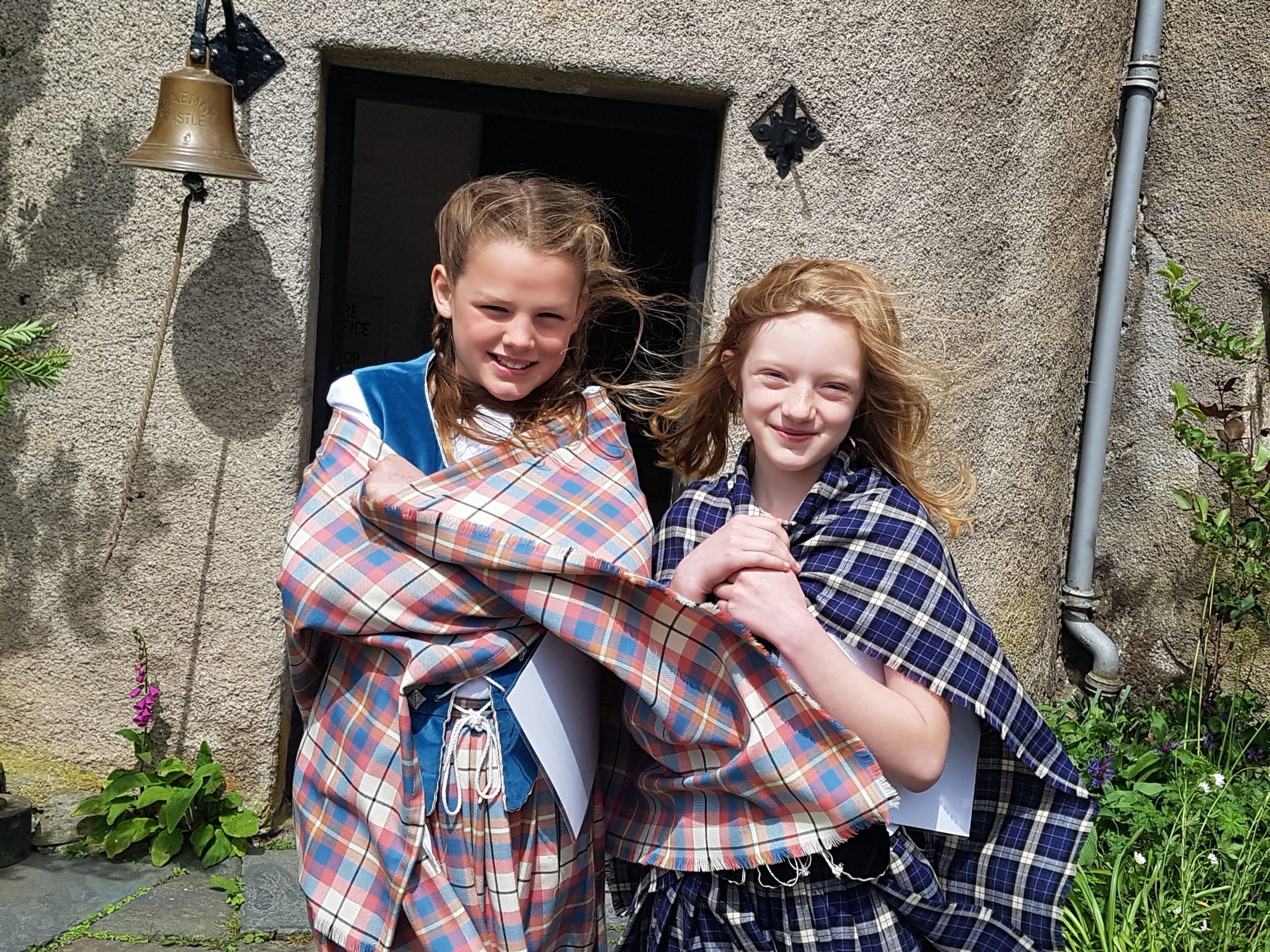 The UK’s only community run castle, the 17th century fairytale concoction has played witness to 400 years of turbulent Scottish history, now Braemar Castle launches world record attempt calling for over 1500 people to dance their socks off for the Castle’s future.

It was the place where James VIII was declared King of Scotland and James III of England as part of a failed Jacobite rising, it was torched by the Black Colonel in 1689, and used as a garrison for Hanoverian soldiers after the rebel Jacobite defeat at the Battle of Culloden, but now Braemar Castle is set to play a positive role at the heart of the future sustainability of its local community in and around Braemar. An iconic landmark in the heart of the Cairngorms National Park, the Earl of Mar’s castle is a fairytale concoction of battlemented towers and turrets, a star shaped curtain wall and a bottle necked dungeon, the future of which rests with the small community of Braemar, a village of just 500 residents.  The only castle in Scotland/UK under community management, for the last 14 years the village has been preparing it to be a 5 star visitor attraction, while also creating a new community programme so that the Castle contributes to the future welfare of the whole region by providing opportunities for charities, schools and individuals to grow through creative and communal activities.

As it works towards an ambitious re-imagining of its role, setting out to realise its social and educational potential and make a transformative impact locally and in communities throughout the north-east of Scotland, Braemar Community Limited announces a series of summer events which celebrate traditional aspects of the local culture, educate and preserve fading craft skills, and seek to reach those far and wide interested in supporting the Castle’s future. Catriona Skene, events coordinator at Braemar Castle is hoping to break a world record attempt for most people performing a choreographed dance online, using the accessibility of Zoom to bring those with ancestral links to the area, and those who enjoy Scottish heritage together with a band and dance callers online to perform a Military Two Step. Whether based in LA or Tokyo dancers can join in the fun and support the community’s ambitions for the Castle by paying £5 per person to take part. The previous record is 500, but the record for the world’s largest Scottish country dance is 1,453 and the hope is to exceed both of these targets and go down in history with 2,000.

Drystane Dyking is a dying art, so familiar across the Scottish countryside, intrinsic to many a famous photo of its landscape but only five craftspeople now have the skills required to maintain and build these beautiful features of our countryside. A small number of people will get the opportunity to try their hands and develop their skills on weekends through to September in the Castle grounds. This summer Alan Breck’s Jacobite and Redcoat armies undertake their training at Braemar Castle. This year Breck’s a highly anticipated book, by local historian, Maureen Kelly of the Braemar Local History group, on the Jacobites of Upper Deeside will be launched alongside the annual spectacle. Other events over the summer include the Braemar Castle Scramble golf tournament, and an ongoing series of coffee talks on the history of the Castle, Clan Farquharson, the Jacobites and the war among other fascinating topics.

Any money made through these activities will be put towards the community charity’s campaign Raising the Standard, which will fund the £1.6m conservation and re-development project planned for completion in 2023.  It has already received generous support from the National Lottery Heritage Fund and the Castle team is well advanced in raising £600,000 in gifts from individuals, trusts and companies.  Raising the Standard will re-define the role that Braemar Castle plays in the wider community. Having always drawn in visitors and worked with schools and community groups on site, it has now developed a vastly more ambitious vision for community engagement and learning. In future, the Castle team will welcome greater numbers to Braemar for a more diverse programme of activities. It will also look outwards and engage more broadly with communities and groups in Aberdeenshire.

Find out more about Braemar Castle, the Castle Community Trust and its plans see: www.raisingthestandard.org.uk