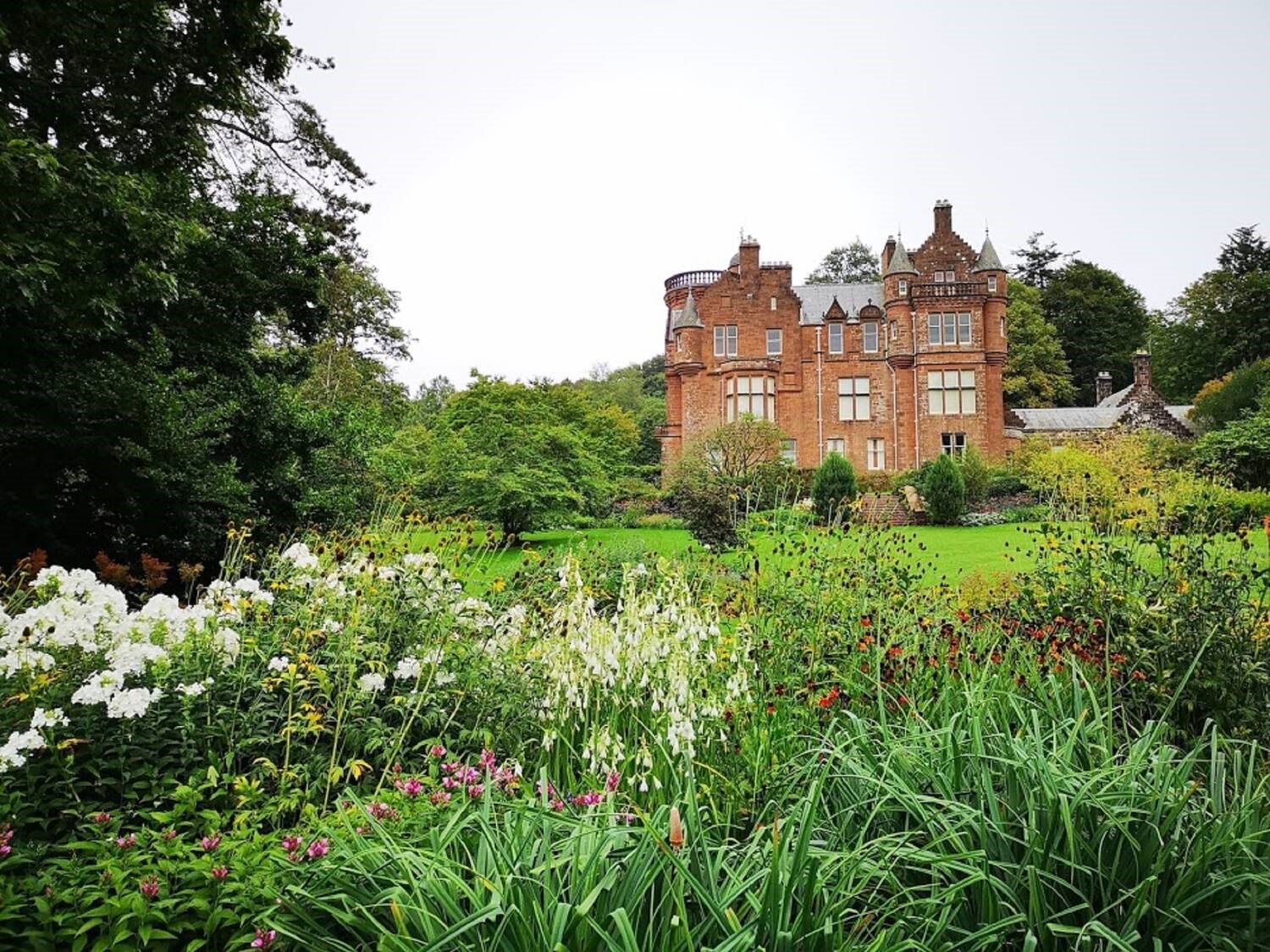 Participants in a community archaeology project have made discoveries that tell a story of people living on what is now the Threave Estate near Castle Douglas, 10,000 years ago in the Mesolithic period, a time when hunter-gatherers roamed and Scotland’s flora and fauna were flourishing again following the last Ice Age. The Galloway Glens community archaeology project Can You Dig It carried out a ten-day dig on the National Trust for Scotland’s Threave Garden and Estate in the summer of 2019. They unearthed many finds at the time, including a lead shot from the 16th to 18th century and some flints from the late Neolithic or Early Bronze Age.

However, since then, some of the carbonised material recovered has been sent away for radiocarbon dating at the Scottish Universities Environmental Research Centre (SUERC), and the dates they have revealed are fascinating.  It has long been known that Little Wood Hill on the National Trust for Scotland’s Threave Estate is the location of a significant archaeological site, with the remains of a D-shaped enclosure on top of the hill first recognised on aerial photographs taken in the late 1940s.

It wasn’t until work carried out under Derek Alexander, Head of Archaeology for the National Trust for Scotland, on a Thistle Camp in 2014 that the enclosure was revealed to date back to the Iron Age. The Can You Dig It excavation sought to build on this work, while at the same time transferring key technical skills to volunteers.  A sample recovered by the volunteers from the end of the ditch, where it marked the eastern side of an entranceway, has now been dated to between AD 75 to 214 – firmly within the Iron Age. This confirms the date recovered by the Thistle Camp, which has been recalibrated using the most recent program (IntCal20) to between 41 BC and AD 125.

What our Iron Age ancestors would have used the enclosure for is still a mystery – it may have been a small farmstead, a livestock enclosure or a defensive position within the landscape. Whatever the site’s purpose, its expansive views over the flatlands of the Threave Estate, and its links to the outer world guaranteed by the passing river, makes the site of Little Wood Hill an excellent choice for any Iron Age settler. However, the Can You Dig It volunteers also unearthed a tiny burnt hazelnut shell. This has been dated to between 8,547 and 8,312 BC – evidence of human activity on the Threave Estate from the Mesolithic period.

Derek Alexander, Head of Archaeology for the National Trust for Scotland, said: “Over the years we have gradually built up an understanding of past human activity at Threave throughout prehistory and history. This radiocarbon date for Mesolithic activity is really exciting, as it is the first evidence we have from this time and is the earliest date recovered at Threave so far. It’s great that the Thistle Camp and Can You Dig It volunteers have been able to be part of this process of delivery too.”

Discovered on prehistoric sites across the country, hazelnuts have long been established as a favourite snack of the Mesolithic people. The people of Galloway at that time would have lived nomadically, moving between water and food sources as they became available.

Traces of human habitation within Scotland go back to around 12,000 BC, within the Upper Palaeolithic, but a period known as the ‘Loch Lomond Stadial’ saw a dramatic climatic downturn in Scotland around 10,900 BC. This abrupt return to severe cold conditions, which caused the regrowth of glaciers and likely caused a complete depopulation of Scotland during this time.  By around 9,700 BC, however, the glaciers and ice-sheets had receded and human life began to return to Scotland.  It is possible that the people who burnt this nutshell at Threave could have been amongst the first to re-populate the country.

Claire Williamson of Rathmell Archaeology, who is delivering Can You Dig It for the Galloway Glens said: “The results from these two dates continue to add to the surprises that have already come from this little-known site. Having the Iron Age date of the enclosure confirmed was what we were hoping for, but to also have this small indication of Mesolithic life on the estate is amazing. This could not have been possible without the hard work of the volunteers, who’s enthusiasm for the archaeology never faltered, even in high winds! It’s great to see how, even at this stage, the results of their hard work continue to add to our archaeological knowledge of the area.”

Can You Dig It is managed by Helen Keron, the Galloway Glens Education & Community Engagement Officer. Helen added: “Even as a non-archaeologist, the importance of these finds is clear to me. They show the unbroken line from our modern society right back to the very beginnings of human residence in Galloway. Even the tiniest traces give us an insight into how life was for our ancestors, and that’s a big part of what Can You Dig It is all about.”

Dr Samuel Gallacher, Operations Manager for the National Trust for Scotland’s Threave Garden and Estate, said: “We love to surprise our many visitors with unexpected discoveries and stories at Threave and finding out about this new evidence of our very ancient history will no doubt fascinate many.  We always want to inspire people with the thought of what is still out there to be discovered, and with such great partnerships as we have with the Galloway Glens Scheme’s Can You Dig It initiative, who knows what we’ll unearth next!”