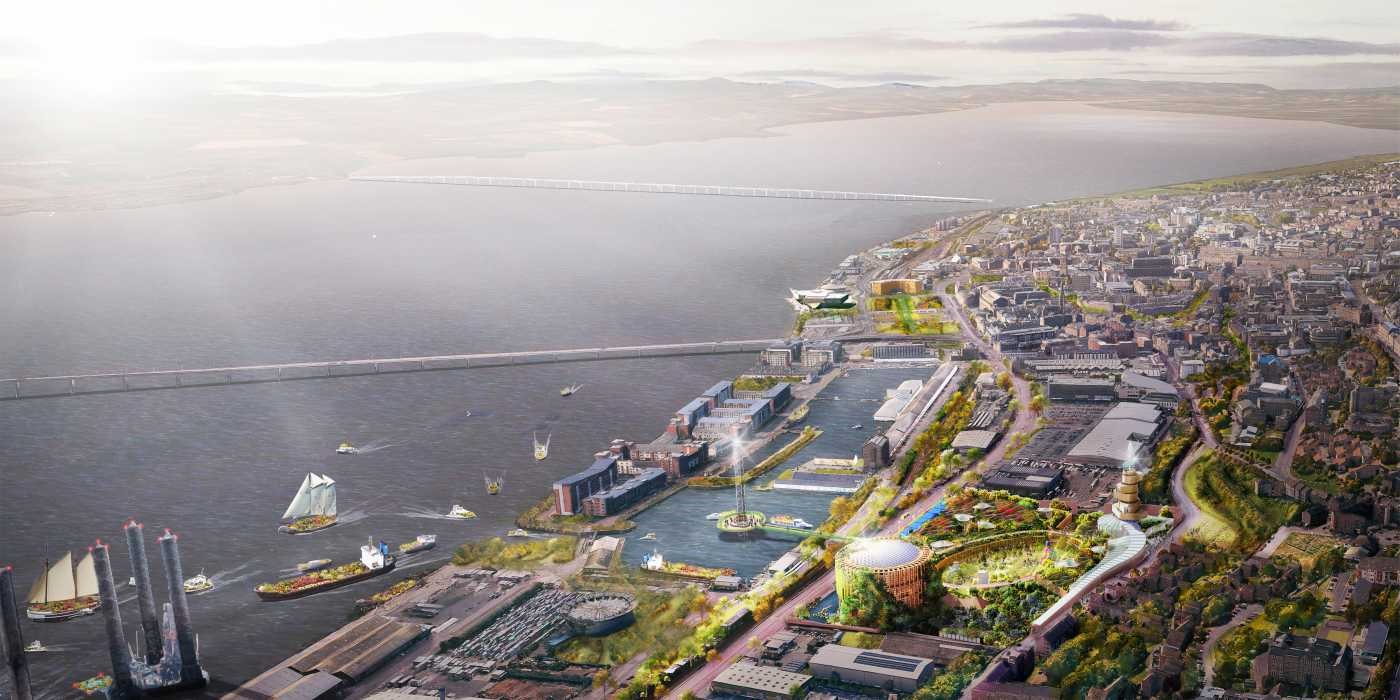 The Eden Project has signed a memorandum of understanding with the owners of its preferred site for Eden Project Dundee and released the first image of how it might look. The agreement between Eden, National Grid and SGN will kick off a period in which the partners will explore the practicalities of converting the former Dundee Gasworks on East Dock Street into the Eden Project’s home in Scotland.

The site is set back from the Dundee waterfront on the bank of the River Tay. It has good public transport links, the potential for a new pedestrian connection to the city centre and is less than a mile away from V&A Dundee and the train station.

The existing tall brick walls on the site suggested to the Eden team the potential to create walled gardens, making for a striking contrast to the industrial heritage of the Gasworks. Eden envisages this as a powerful symbol of regeneration, echoing the project’s home in Cornwall which is located in a former clay quarry. Building Eden Project Dundee in this location would also provide an eastern anchor for the Dundee Waterfront regeneration project. Eden Project Dundee will draw on the history of the city’s Nine Incorporated Trades and is themed around nine new “Guilds” – of Healers, Growers, Navigators, Myth-Makers, Noticers, Alchemists, Celebrators, Menders and “Re-Sourcerors”.

David Harland, Eden Project International Chief Executive, said: “This is a really exciting moment for the Eden Project and the City of Dundee. The former Dundee Gasworks site is by far the best location for our Scottish home and we’re delighted to have a formal agreement in place to start working on a detailed plan. The feasibility study was like nothing we’ve ever worked on before, coming as it did during lockdown. Against all the odds, the hard work and dedication of our partners in Dundee shone through – even when we could only talk to them through a computer screen, their passion for the project, their city and country was palpable. Alongside the generous engagement of local businesses and community groups, this has come together, such that we now have a project with genuine air under its wings.”

Eden Project Dundee is one of a sisterhood of UK projects Eden Project International is developing, with plans well advanced for Morecambe (Eden Project North), and others proposed in Derry/Londonderry and Portland. Eden’s global portfolio of projects includes developments in China, Australia, New Zealand and Costa Rica.

Like every Eden Project around the world, Eden Project Dundee will be transformational and regenerative with an overarching theme of humanity’s connection to the natural world. Eden predicts that the project will create 200 jobs (with an additional 300 indirectly created) and contribute £27m per year to the regional economy.