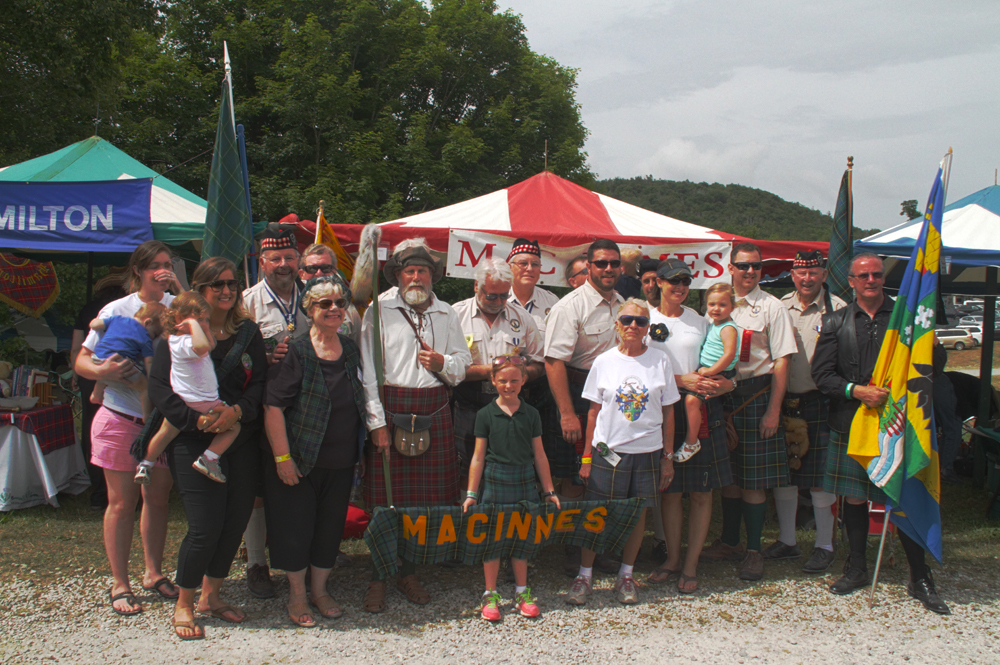 The International Association of Clan MacInnes (IACM) is celebrating its 50th anniversary this summer (a year late due to the pandemic) and the Grandfather Mountain Highland Games has chosen Clan MacInnes as one its featured Clans for its 2021 Games taking place July 9-11 at MacRae Meadows in Linville, North Carolina.

In 1970, seven MacInnes’ from the south-eastern states gathered at the Grandfather Mountain Highland Games and decided to create the Clan MacInnes Society to preserve MacInnes heritage and to promote Scottish culture and history. Today the Society has evolved into IACM, an international organization with hundreds of members spread across the world. Clan MacInnes has hosted a tent at GMHG every year since 1971.

One of the oldest Scottish clans

One of the oldest Scottish clans, Clan MacInnes dates to 501 AD. Its origin story tells that three sons of an Irish ruler left Northern Ireland and settled on Scotland’s west Argyll coast to form the Kingdom of Dalriada. For centuries, MacInneses were farmers, fierce warriors and archers settled in the Western Highlands, primarily Morvern, where Clan MacInnes was known as the Keeper of Kinlochaline Castle. The MacInnes Chief and his five sons were murdered in their sleep circa 1358, its lands lost, and the MacInnes Chieftainship has been dormant since. Kinlochaline Castle was abandoned in 1690, sat empty 400 years, was restored in 2000 and is now a private residence.

The Scottish Banner congratulates the Clan MacInnes on its 50th anniversary and for their great work in the Scottish community.