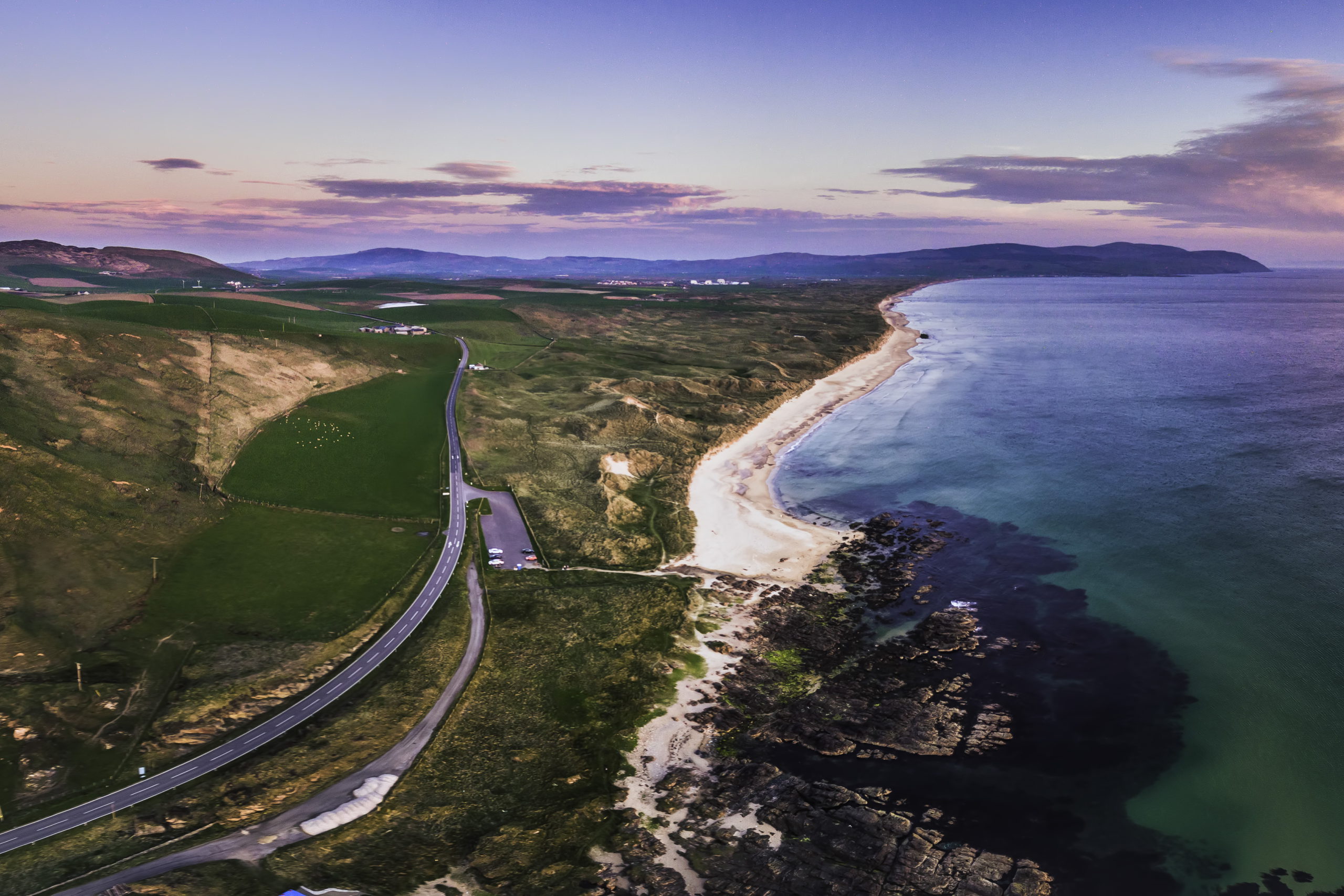 An epic 66-mile circular route has opened in Kintyre and spans 66 miles, across six stunning regions, coastlines, white sandy beaches and breathtaking views – and has been designed to encourage visitors to slow down and enjoy the ride. Scotland’s answer to Route 66 has now launched– and it’s only a few hours from Glasgow and Edinburgh. The new Kintyre 66, or K66, is a 66-mile circular loop around one of Scotland’s most scenic regions, taking in both the west and east coast of the unspoilt peninsula in Argyll, from the top at Kennacraig to the bottom at Campbeltown.  Covering the region made famous by Sir Paul McCartney’s 1978 Christmas Number One Mull of Kintyre, the route has been developed to showcase the incredible location on the west coast of Scotland – which is swept by the warmth of the Gulf Stream and enjoys views across to Northern Ireland on a clear day.

Inspired by Route 66 in the US, the K66 journey can be taken by bike, foot or car, with the aim of encouraging tourists to slow down following a stressful year, explore the area at their leisure and enjoy an unforgettable staycation on Scottish soil.  Covering six key regions of West Kintyre, Gigha, Machrihanish & Southend, Campbeltown, East Kintyre and Tarbert & Skipness, a new map will provide options to start from any part of the route, whilst also pinpointing trails, places to explore, natural heritage sites, wildlife watching spots and local food and drink to enjoy along the way.

Hidden gem on the west coast

Niall Macalister Hall, Chair of the Kintyre and Gigha Marketing Group, said: “Kintyre is a hidden gem on the west coast, with beaches that would rival the Caribbean on a good day, a pristine marine environment helped by the warmth of the Gulf Stream, and so many unspoiled places to discover.  With a record staycation summer expected this year, K66 has been developed to encourage visitors to explore the whole of Kintyre – slowly and at their leisure – with plenty of open spaces and places of interest branching off the main route. There’s also the option of taking a short Calmac ferry to the beautiful islands of Gigha, Islay and Jura to the west and Arran to the east and turning the trip into a longer break. After a long and stressful 12-months for everyone, it’s a good feeling to be able to launch the route, and we look forward to welcoming travellers to our friendly community in the months to come.”

Only three hours from Glasgow and four from Edinburgh, highlights on the route include Ballochroy Standing Stones, Saddell Castles, Keil Caves, no fewer than SIX golf courses, beautiful harbours, Beinn An Tuirc Distillery and inviting beaches including Westport – famed for its Atlantic waves that attract world-class surfers from across the globe. Six spur roads offer a deeper venture to Tarbert, Claonaig, Carradale, Southend and Machrihanish with the Isle of Gigha just a short ferry ride from the core route.

The K66 map and downloadable visitors guide is available at: www.explorekintyre.co.uk