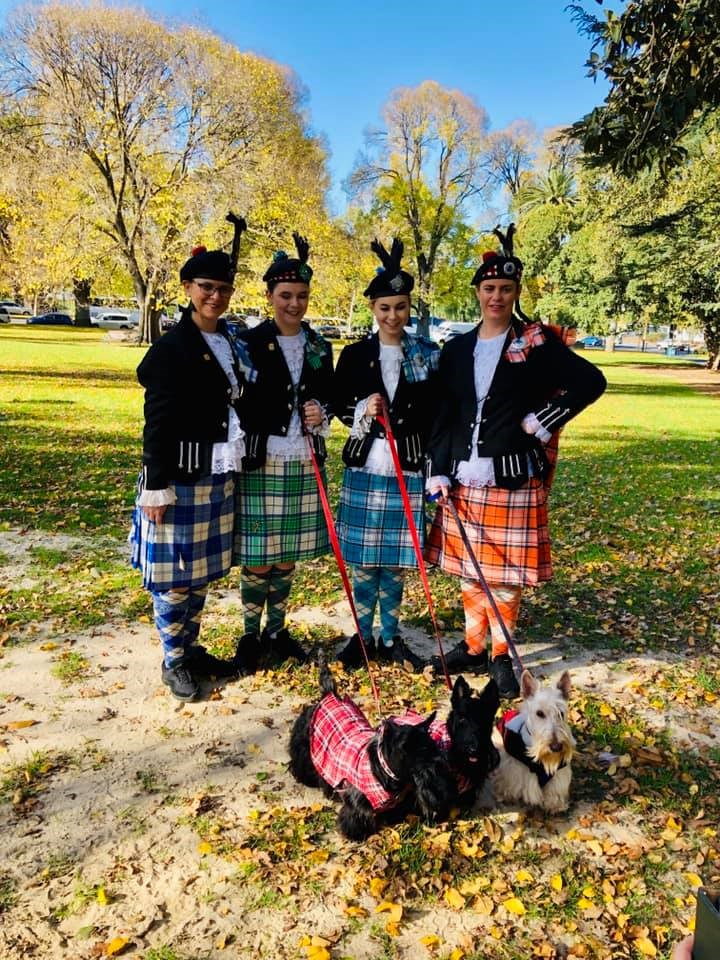 After a difficult year for all, the Melbourne Tartan Festival is back!  The skirl of pipes will be echoing through Melbourne from 10-24th of July during the Melbourne Tartan Festival.    Pop up performances will surprise and entertain city shoppers during the Festival. You never know where one of our performances will be!  Although we’re reliably informed that Saturday 10th July will be a good day to be in the City if you want to see pipers, dancers & all things Scottish. Throughout the Festival there will be a range of virtual and live events including a City CBD Scottish inspired walking tour, genealogy talks, virtual and live Scottish history & arts lectures, whisky tastings and whisky dinner, music recitals, concerts and music gigs.

Visit the Old Treasury Building during one of our Melbourne Tartan Festival group private guided tours & ‘Melbourne: Foundations of a City’ exhibition on the 13thJuly, and our private guided tour & exhibition Yarra: Stories of Melbourne’s River on the 22nd July.  Join Kenneth Park, lecturer, curator, tour leader and presenter, as he takes you on a walking tour of Melbourne’s CBD where he’ll highlight Scottish settlers’ significant contribution to the development of early Melbourne. The Scots’ Church in Melbourne will hold the Kirkin ‘O The Tartan service on Sunday 11th July, when Clans and Associations will be piped in procession carrying their clan tartans, with a reading in Scottish Gaelic and psalms sung by the Scottish Gaelic Choir of Victoria.

Following the success of their 2019 Taking Flight concert, Hawthorn Pipe Band returns for a night of piping & drumming.  Legacy is a special musical tribute to the band’s long serving Drum Major and WW2 veteran, Bob Semple and features of mix of new and traditional pipe band music with folk inspirations.  Hawthorn is one of Australia’s top pipe bands and the Legacy concert will see the band at its’ best.  Special guests will include Ballarat Grammar and Scotch College.

The Caledonian Castaways is a group of ex-pat Scots from Melbourne’s blues/roots scene singing amusing and heart-warming songs about Scots in Australia and back hame.  They wowed a packed National Celtic Festival with their set of original songs and cheeky renditions of some traditional Scottish tunes – ska, rocksteady, funk, blues, country grooves.  They’ve put lockdown to good use in the studio, recording new songs to bring you at Transit, Fed Square on 17th July.  The Westin Whisky Dinner experience is back in 2021 with a five-course menu created by the Westin Melbourne’s Executive chef, Michael Greenlaw, matched to five premium Single Malt Whiskies from some of the world’s finest distilleries, hosted by Whisky Ambassador Andrew Buntine, who will guide you through this exquisite whisky journey. Gather a group of friends and head down to Bell’s Hotel, South Melbourne for a fun Whisky Tasting night on 22nd July with whisky ambassador Andy Bethune, Spirits Platform.

The Melbourne Tartan Festival Gala Dinner and Concert at Melbourne Town Hall on Saturday 24th July will close out the Festival.  Although we’ve had to make a few Covid-safe tweaks, you’ll experience a night that has become a yearly tradition for some families.  You’ll be piped up the red carpeted staircase of the iconic Melbourne Town Hall for a grand black tie/kilted evening.  Be greeted with drinks and canapes on arrival, a traditional Address to A Haggis, a 3-course gourmet meal and drinks with outstanding traditional and contemporary concert style entertainment. Close the night out with internationally acclaimed Celtic rock band Claymore.

Throughout the Festival try a Highland Hustle introduction workout class, Gaelic language or sit back and relax in your own home while you immerse yourself in one of our Zoom Scottish Arts or History lectures or author talks.  Details of additional events will be released over the coming weeks as we work our way through Covid safe event protocols. Your safety is our priority and we thank you for your patience and support.