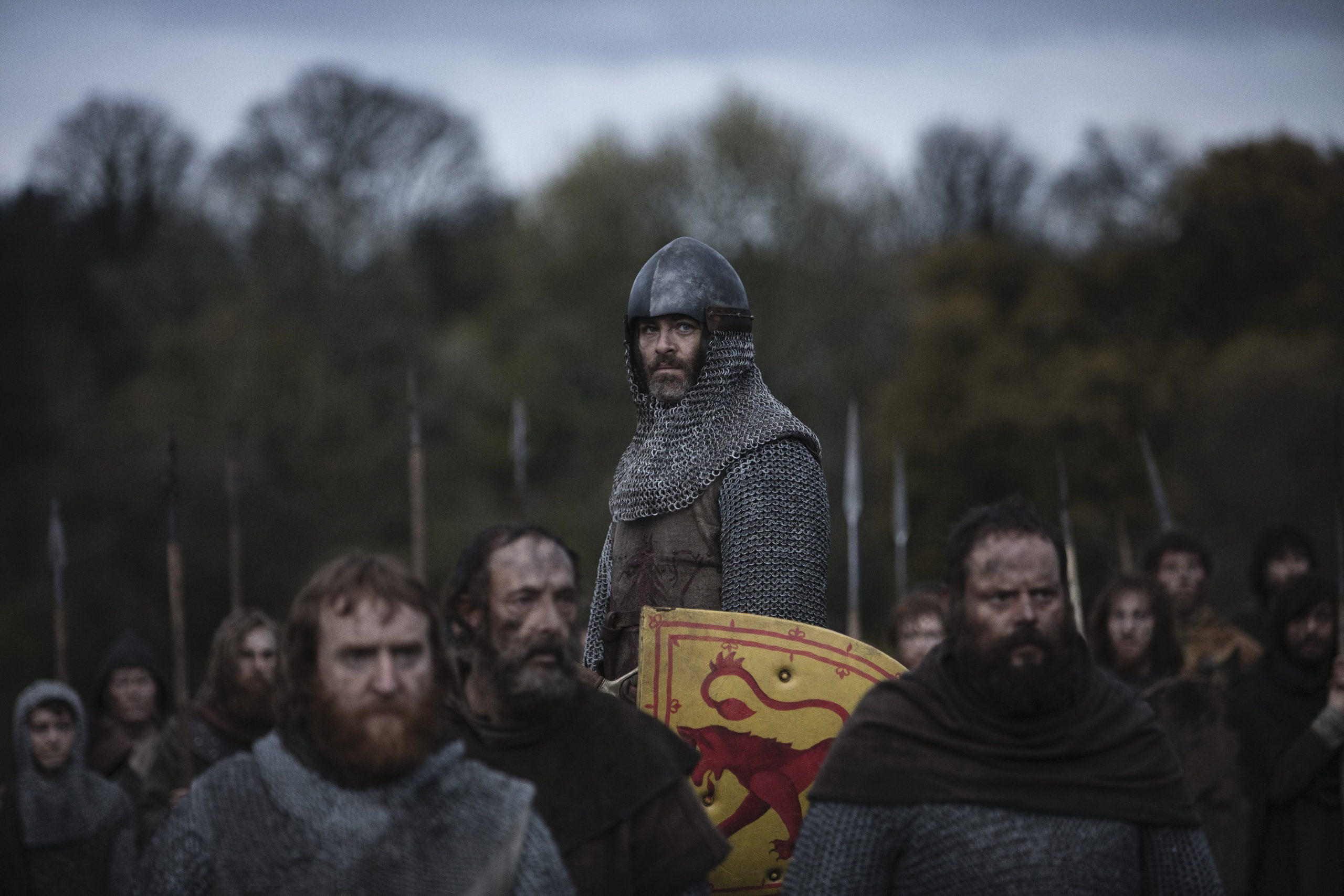 In June 1314 the history of Scotland as a nation was about to change forever. At the Battle of Bannockburn Robert the Bruce, King of Scots, faced down the English army led by Edward II. Edward, keen to retain the stronghold of Stirling Castle, had led a huge army through Scotland to lift the Scots’ siege of his garrison at the castle. Achieving this was vital to Edward’s hopes of re-establishing his weakening grip on the country, but he was stopped short by the army of Robert Bruce. Over the two days of battle, 23-24 June, Edward’s army was repeatedly thwarted by the Scots’ stubborn resistance before finally finding itself trapped by the surrounding terrain with no room to manoeuvre their huge force. The result was an unprecedented rout of King Edward’s army. Located near the historic city of Stirling, the site still evokes the landscape that would have been seen by medieval soldiers in 1314, when the area was a royal hunting park.

Scotland’s great warrior king, Robert I, more popularly known as Robert the Bruce, is a central character in the history of Scotland. Here we document his life from birth to death, including his rise to power, the defeat of Edward II’s army at the Battle of Bannockburn, and the legacy he left behind. Robert the Bruce was born on 11 July 1274, but nobody knows where for sure. An educated guess would be Turnberry Castle in Ayrshire, where he was raised to speak three languages – Gaelic, Scots and Norman French – and to fight for his family’s claim to the Scottish crown. On his father’s side, the Bruce family had its roots in Normandy – a Robert de Brus had come to England with William the Conqueror’s army. Robert’s mother Marjorie was the Countess of Carrick and descended from an ancient Gaelic bloodline.

After the death of Alexander III in 1286 there was no direct heir to the throne in Scotland. King Edward I of England was asked to choose between the two main claimants – Robert’s grandfather and John Balliol, who both claimed descent from David I. He gave the crown to John Balliol. Robert and his father refused to recognise Balliol as their king, and in 1296, when Edward I turned on Balliol and invaded Scotland, they gave their support to the English. Robert switched allegiance more than once in his life – showing that his actions were not always purely patriotic, and that he would do whatever it took to achieve his ambitions.

One of Robert’s ambitions was to rule Scotland. Having seen Edward I install himself as king of Scotland following John Balliol’s downfall, Robert then supported William Wallace’s uprising against the English. When Wallace was defeated, Bruce became a Guardian of Scotland in 1298 alongside his great rival for the Scottish throne, John ‘The Red’ Comyn, Balliol’s nephew.

The two men frequently quarrelled, and in 1306 they met at Greyfriars Kirk in Dumfries, where an argument took place and Bruce stabbed Comyn to death. This sacrilegious crime meant that Robert was in an extremely precarious position. The Comyns and their allies joined with Edward I to get revenge. Robert was hurriedly declared king on March 25 1306, and the poor start to his reign continued when his first rising at Methven ended in defeat.

Robert fled, possibly to Ireland, and the so-called ‘outlaw king’ began to plan his comeback. In 1307 he returned from exile, employing guerrilla tactics to wipe out Comyn’s followers, establish control and even win his first battles against English forces. A granite boulder near Loch Trool is known as Bruce’s Stone and commemorates one such victory. Edward I was infuriated by Bruce’s growing success and reputation. He soon marched his army north to crush the rebellion but died just short of the Scottish border. His son, Edward II, was a very different character and didn’t enjoy the support of his nobles. This gave Robert the chance to strengthen his position and hold his first parliament at St Andrews in 1309. In 1310 Edward mounted an invasion of Scotland, but was unable to find Robert and achieved little. By 1314, Robert and his men had seized most of Edward’s Scottish strongholds – only Berwick and Stirling held out.

The Battle of Bannockburn and its aftermath

Capturing Stirling Castle was the key to controlling Scotland. Edward II mustered a huge army and marched north to invade Scotland. Robert was also busy, training his men near Stirling, which would be the focus of the upcoming campaign. The Battle of Bannockburn took place on 23 and 24 June. Despite being vastly outnumbered, Robert chose his ground well and masterminded a tremendous victory over the English army. Over the two days of battle, Edward’s army was repeatedly thwarted by the Scots’ stubborn resistance, before finally finding themselves trapped by the surrounding terrain, with no room to manoeuvre their huge force. The result was an unprecedented rout of Edward’s army.

However, the victory at Bannockburn did not secure peace and Edward II refused to recognise Robert as king of an independent Scotland. In 1320 Bruce organised for the Scottish nobles to write a letter to the Pope, now known as the Declaration of Arbroath, which made the case for Scottish independence. But it was ignored by the church and Bruce accepted a long-lasting truce with the English. In 1328, after Edward II was deposed, his son Edward III became king of England and his government finally recognised Robert as Robert I, King of Scots, and agreed to treat Scotland as an independent nation.

Just one year later, on 7 June 1329, Robert the Bruce died in Cardross, Dunbartonshire. His body was buried at Dunfermline Abbey, and after a failed attempt to take it to the Holy Land, Bruce’s heart was buried at Melrose Abbey in the Scottish Borders, accompanied by an inscription: ‘A noble hart may have nane ease. Gif freedom failye’.

Robert was married twice in his life. With his first wife, Isabella of Mar, he had a daughter Marjorie, from whom the Stewart dynasty was to trace its lineage. His second wife was Elizabeth de Burgh, with whom he had five children – Margaret, Matilda, David, John (who died in infancy) and Elizabeth. His eldest son succeeded his father as King David II of Scotland.

Robert the Bruce has been immortalised in all sorts of ways, from popular culture to national myth. There are commemorations of him across Scotland, including a statue set in the wall at Edinburgh Castle, one at Stirling Castle and the iconic statue of him on horseback at Bannockburn.

In 1995, the character of Robert the Bruce played a relatively small role in the epic (and epically inaccurate) Hollywood movie Braveheart. But the most memorable depiction of Bruce on screen was in the 2018 movie Outlaw King, which was supported by the National Trust for Scotland’s very own Bannockburn specialist, working on the film as a lead historical advisor. In addition, the film Robert the Bruce was released in 2020 starring Scottish actor Angus McFadyen who reprised his role as the warrior king he originally played Braveheart.

It might be a while before we see a feature-length adaptation of the story of ‘Robert the Bruce and the spider’. This Walter Scott-inspired legend has it that during his time as the outlaw king, Bruce was taking shelter in a cave and considering giving up, when he noticed a spider trying to build its web across the damp roof of the cave. The spider failed a number of times, but persevered and eventually succeeded, supposedly inspiring Bruce to try, try, and try again.