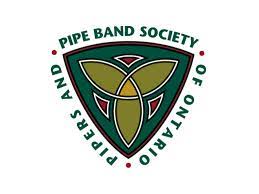 The Pipers’ and Pipe Band Society of Ontario (PPBSO) in partnership with pipetunes.ca has launched a tune composition contest to help commemorate its 75th anniversary in 2022. The association is calling on pipers of all abilities to put their creativity to paper by submitting a new march composition.

The event has two categories: a 2/4 march (4 parts), open to worldwide entries and a 4/4 march (two parts), open to PPBSO members in good standing. The tune titles submitted must include reference to the 75th anniversary.

“The competition is a great opportunity to commemorate the 75th anniversary of the PPBSO. In addition to the prizes for the top 3 entries in each category, the winning 4/4 march will be issued as a set tune to be performed by the massed bands at PPBSO games in 2022. This really makes the tune and its composer a feature element of how we celebrate this milestone.” says Chris Dodson, PPBSO vice-president, who is leading the initiative.

PipeTunes.ca has generously donated the the first prize purse for the 2/4 march category. Cash prizes of $1000, $250, and $200 ($CAD) will be awarded to the top three selections. “Encouraging our members, of all abilities, to write original music is an opportunity to develop knowledge of music theory and our genre of music. There are certainly some great tune ideas bouncing around inside someone’s head, just waiting to be heard.” says Jim McGillivray, owner of PipeTunes.ca and Chair of the PPBSO Music Committee.

All entries will be jointly adjudicated by Bill Livingstone and Bob Worrall, who are donating their time and expertise to this initiative. In evaluating the compositions submitted, they will consider originality, musicality and adherence to the idiom.

Pipers are encouraged to enter both categories, but only one entry per category will be accepted. Entries must be received by Sunday 18th July 2021.  The winning tunes will be announced as part of the results announcement at the conclusion of the virtual Fergus Scottish Festival on August 14th – in their 75th anniversary year.