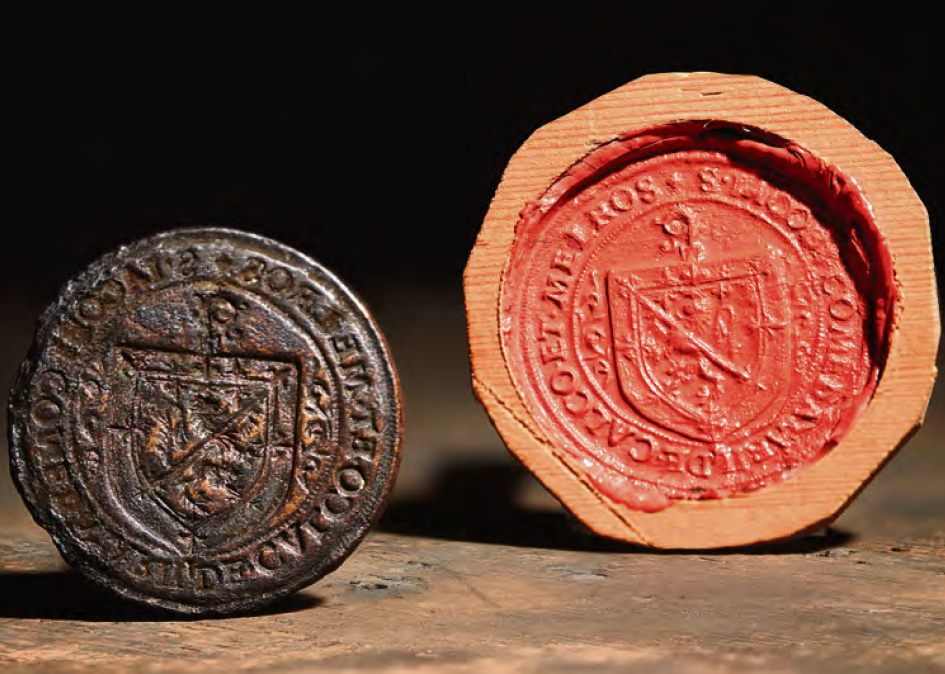 An important 16th century seal matrix has been acquired by National Museums Scotland. The object belonged to James Stewart, half-brother of Mary Queen of Scots and dates to the 1540s. James Stewart was the eldest son among at least nine illegitimate children fathered by King James V. The seal matrix indicates Stewart’s position as Commendator of Melrose and Kelso Abbeys, bestowed on him by his father, the King.

Dr Anna Groundwater, Principal Curator, Renaissance and Early Modern History at National Museums Scotland said: “This is an important addition to our collection and we are delighted to have saved it for the nation. It has a direct connection to the Royal Stewart dynasty and moreover shows how King James V was prepared to give status and financial security to his illegitimate offspring, whilst also protecting his regional interests. This object has not been seen in public since 1901, so we’re very pleased to bring it into the National Collection where we will be able to put it on display in due course.”  James Stewart’s position as Commendator of the Abbeys of both Kelso and Melrose in the Scottish Borders during the 1540s and 50s gave him significant status in the Borders region. As commendator, he exerted his authority not only over the lands and income of both these affluent abbeys but was also responsible for local defence.

King James, in placing one of his illegitimate sons in this dual role, promoted and financed his son’s life, and protected the King’s interest in the areas under his son’s control. This was crucial given that at this time, the Scottish Borders were particularly vulnerable due to Anglo-Scottish hostilities in the wars of the Rough Wooing, and the minority of the young Mary, Queen of Scots.  The seal matrix will be added to the Scottish History and Archaeology collections of National Museums Scotland.