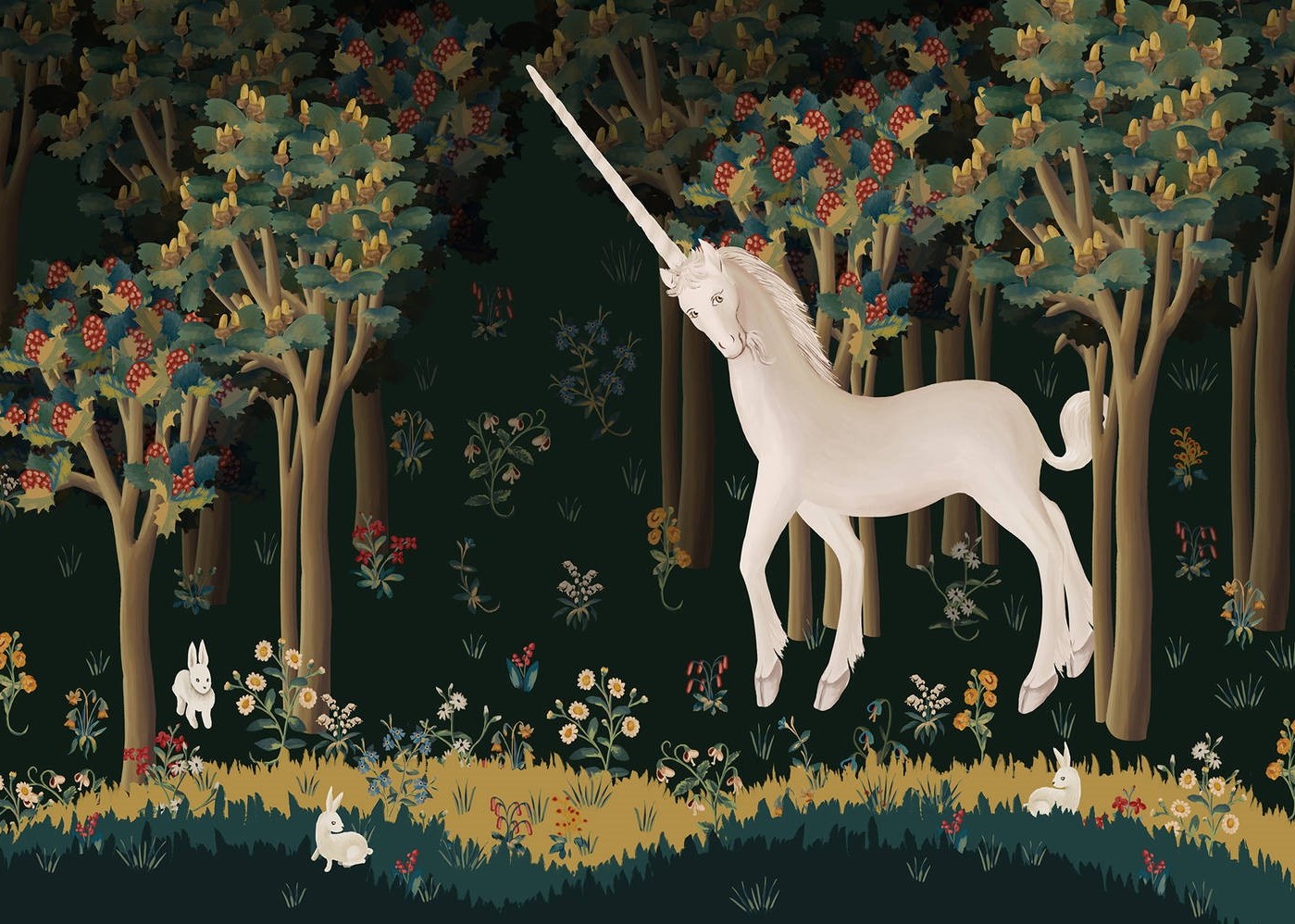 In Scotland we’re known for our love of legends, from ghosts and witches to giant water monsters. But how did the magical unicorn become our national animal?

Why is the unicorn Scotland’s national animal?

If we asked you ‘what’s Scotland’s national animal?’, you might ponder between a couple of our iconic wildlife species. You probably wouldn’t think of a magical horned creature typically seen on children’s lunchboxes! But it’s true: the unicorn really is the official national animal of Scotland. And our love for this famous mythological creature dates back many centuries.

Unicorns have featured in many cultures going as far back as the classical age, including the ancient Babylonians and the Indus civilization. With its white horse-like body and single spiralling horn, the unicorn is a symbol of purity, innocence and power in Celtic mythology. Legend also tells that their horns can purify poisoned water, such is the strength of their healing power.

These proud, untameable creatures are fiercely independent and famously difficult to capture or conquer, which will sound familiar to anyone who has read their Scottish history. Even though unicorns are mythological, Scots have always felt drawn to what they represent.

When did the unicorn become the national animal of Scotland?

The answer to that question lies in heraldry – the age-old practice of designing and displaying coats of arms or crests to distinguish between groups of people, armies or institutions. Using heraldry as our guide, we can see that the unicorn was first introduced to the royal coat of arms of Scotland around the mid-1500s.

Prior to the Union of the Crowns in 1603, our coat of arms was supported by two unicorns. However, when King James VI of Scotland also became James I of England, he replaced one of the unicorns with the national animal of England, the lion, as a display of unity between the two countries. Of course, folklore fans will know that lions and unicorns have always been enemies, locked in a battle for the title of ‘king of beasts’.

An interesting thing to note is that Scottish unicorns in heraldry are always shown with gold chains wrapped around them. Why? Although we don’t know for sure, it’s believed that this was a way of showing the power of Scottish kings – that only they had the strength to tame the untameable.

Where to find unicorns in Scotland

For thousands of years, people around the world believed that unicorns did exist. However, in 1825, a prominent French naturalist called Georges Cuvier attempted to dispel the myth by stating that an animal with a split hoof could never grow a single horn from its head (he also argued against theories of evolution). Nevertheless, the spirit of the unicorn has lived on ever since – people even celebrate National Unicorn Day every year on 9 April.

So … do unicorns exist in Scotland? Of course they do! You just have to know where to look. Here are some places in Scotland where you can spot our country’s national animal:

When exploring Edinburgh you’ll see a number of unicorns of various shapes and sizes. There’s a fine example on a heraldic shield by the gates to the Palace of Holyroodhouse, another in the Royal Apartments at Edinburgh Castle, and several hiding among the Victorian woodcarvings at St Giles’ Cathedral, just down the road from Gladstone’s Land.

Wherever you see a mercat cross (a Scottish market cross and an old symbol of trade and prosperity for many of our towns and cities), look for a unicorn atop the tower. There are many different examples across the country, ranging from the modest to the ornate, in towns and cities such as Edinburgh, Culross, Prestonpans, Dunfermline and Falkland.

Further north, you’ll find interesting examples of Scottish unicorns at Stirling Castle, home of the ‘Hunt of the Unicorn’ tapestries, and Dundee, where HMS Unicorn, one of the oldest warships in the world, proudly displays a unicorn as its figurehead.

There are also lots of unicorns at Trust places, being cared for as part of our historic collections. In the wine cellar at Brodick Castle you’ll find a silver gilt cup intricately chased with three oval plaques containing a lion, a bear and a unicorn. Another unicorn features as part of the royal coat of arms of the House of Hanover, which takes centre stage on a gilt military gorget (a kind of metal collar) at Castle Fraser.

Several pieces of furniture in our collections feature unicorns, including a Dutch oak cupboard in the high hall at Crathes Castle that has a grotesque portrait of a unicorn on one panel. A footman (or metal trivet) in the parlour at the Georgian House has a unicorn as part of the decoration on its top.

Story by James Walsh. Text and images are courtesy of the National Trust for Scotland. For more information on the Trust or to help them protect Scotland’s heritage see: www.nts.org.uk