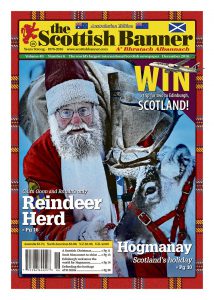 Looking into the past this Christmas

It seems hard to believe that the most exciting time of year is just around the corner, and as most of us are aware – that, of course, is Christmas.  This special season with its magical atmosphere has an excitement which, while only coming once a year, with shops full of colourful lights and festive music and busy shoppers overwhelmed while busily wondering about Christmas giving. Although this time of year comes with its’ own magical atmosphere, it also comes with its’ problems. What to buy for the big day? This is followed closely by a second question – which is – and how much should I spend?

Very few seem to stay within their budgets during this season. Hearts are often bigger than budgets and the bills of January seem a long way off in these busy pre-Christmas shopping days! Perhaps this applies more so this year with the economic crunch many are experiencing today which of course is guided by our financial status.

Doom and gloom
Each time we pick up a paper or listen to a newscast, there are more tales of gloom and doom. Sales are down, jobs are becoming redundant, and world economies are falling. The financial mood of the world today is not doing very well at the present time unfortunately. Yet during these tough times, we tend to forget just how good we really do have it! Certainly we have taken a step back financially during the past year, yet still our homes are warm and safe this winter, our refrigerators are full and (by and large), we live in peaceful times.
It hasn’t always been this way. Many of those who walked these paths before us had life a lot more complicated than we do. Let’s take a look back for just a moment, while we take a look back at other lives’ – those whose lives were much more difficult than we have today. Let’s just look back and take a moment while we reflect on other folks.  Just like us they wanted a better life for their families. They had heard that countries in the New World offered this lifestyle, which was basically work hard and more opportunities would come your way for a better life. So immigration came from the ‘old countries’. They boarded ships promising to take them across the ocean to a new world, one which was away from their old lives, their friends and family. Yet their hearts were full of hope, and the glimmer in their eyes betrayed the excitement which lay beneath. They never gave a thought for a possible downside to this adventure.

Life used to be much harder

And so they arrived on these new shores. They had precious little money, but they had far more to give than youth. They had strength and hopes as bright as diamonds. What more might be needed for a new life in this virgin land? They were people – just like you and I. They lived, loved, laughed and cried the way we do, (although they may have cried a little more, sometimes).  They had heard that in this new (and foreign) world which lay so far away from their home land, were wonderful countries with so much to offer.

Once there you could go to the Land Register people, and for $10.00 buy up to 160 acres of your very own land.  The soil was fertile and once the land was cleared of trees, it could yield a very good harvest. A homestead could then be built, animals would graze, and the children would grow in freedom. And so they came to conquer.  Forests, which had once known only the sound of birds, and the creaking of tall pines in the wind, suddenly came alive with the voices of men, and the sharp crack of axes on timber. The days were long and the work was gruelling – yet it was a time of excitement. These immigrants were shaping their new lives in a new country.

New countries were not tamed easily
But these new countries, which were predominantly, Canada, Australia, America, New Zealand, and others, were sometimes like wild animals.  They could not be tamed easily and many new difficulties were placed in the way of the new settlers. The worst discomfort in the summertime was the mosquitoes, particularly in Australia.
Since the beginning of time they had been allowed to breed freely – now as the land was slowly cleared beneath them, the pests were everywhere. Even eating a meal without consuming some was often a tricky business for the newcomers. But it was in the depths of the cold winters in Canada when the newcomers needed every ounce of courage they could muster. Outside their frugal homes, temperatures were almost intolerably cold. While inside it wasn’t much better. Before leaving their homeland, they had heard that the temperature where they were moving to was cold. But how does somebody from Edinburgh compare ‘cold’ when faced with 40 below?

They could never have imagined a snow storm being so severe that people were actually lost, and even died – while being only five feet from their home. It was the loneliness that finally took the lives and happiness away from so many. Women, many of whom had lived in cities surrounded by family and friends, could no longer take the long cold days and nights. Some of them finally eventually gave up and returned home -either with or without their husbands.

The strong survived
The men, stayed strong, yet were buckled by the weight of work and infinitely saddened at seeing their melancholy wives miss their homes and families so badly, often gave up too. A silent figure hanging from the rafters of a barn was not an unfamiliar sight in those days. Yet they survived, and with Gods’ help and their own strong right arm they slowly harnessed the land they had now slowly grown to love. Spring finally returned, weddings took place, babies were born, and life began anew.  They are gone now leaving us to walk in their footsteps and harvest from the furrows they ploughed.

As we give thanks this Christmas, let us remember those from who we came. Without them we would not be so rich today. These are the stock from which we came!  The daily news sometimes looks bleak, yet it has been worse before, and it will turn again.

All of us from the Banner wish our extended family throughout North America, Australia, New Zealand, and Britain a happy and healthy Christmas season.  Merry Christmas and Happy Hogmanay to all!

If you have a story from your forbearers (or even your own) and how they began a new life abroad share it with us.