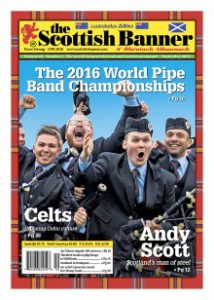 A Royal love affair with Scotland

Britain’s Royal Family have long had a love affair with Scotland. Scotland has played in role in royal holidays, education, marriages and more. This month the Braemar Gathering will again take place highlighting the Royal Family’s special bond with Scotland. From spectacular castle’s, events and history Scotland continues to play its role in shaping one of the world’s most famous families.

Starting with the Palace of Holyroodhouse these are some of the places the royals love so much.  Holyrood as it also known, is the Queen’s own official residence in Scotland. The palace is situated at the end of the famous Royal Mile which extends up to Edinburgh Castle. Mary Queen of Scots lived here between 1561 and 1567, and successors of kings and queens have made it their premier residence in Scotland. The queen has an official Holyrood Week, which runs from the end of June to the beginning of July. During this week the Queen and the Duke of Edinburgh entertain guests at an annual garden party, a tradition that dates back to King George V and Queen Mary. The ceremony is attended by guests from all walks of Scottish life.  In celebration of the Queen’s 90th birthday the Palace recently presented Fashioning a Reign which charted significant events in The Queen’s life and the nation’s history through an unprecedented collection of dress and accessories designed for these occasions, from childhood to the present day.

Balmoral Castle, in Royal Deeside, Aberdeenshire, has been the Scottish home of the Royal Family since it was purchased for Queen Victoria by Prince Albert in 1848. Much loved by Queen Victoria, Balmoral led in her journals as My Dear Paradise in the Highlands. The Royal family are usually in residence between September and the beginning of October, when the grounds are closed to the public. Many royals have spent part of their honeymoon at Balmoral, including the Queen and Prince Phillip, Prince Charles and the late Princess Diana, Prince Edward and Sophie the Countess of Wessex, and Prince Charles and Camilla, the Duchess of Cornwall.  The Queen is said to be at her most relaxed when at Balmoral and its surrounding areas. In 1992 Princess Anne married Timothy Laurence in Crathie Kirk, which lies close to Balmoral. In 1848 Queen Victoria began the custom of members of the Royal Family and their guests worshipping with local people in the parish church. Today still the Kirk is best known for its regular attendance by the Royal Family who worship here during their stays at the castle.

Every September the Royal Family can be found at the Braemar Gathering in Aberdeenshire. The annual visit always generates a great deal of interest from visitors and media from across the globe as they enjoy a day of Scottish culture and tradition. The event is run by the Braemar Royal Highland Society which was formed back in 1815. From the time of her first appearance at the Gathering in 1848, Queen Victoria took a close interest both in the Society and the Gathering, and in 1866 ordered that the title “Royal” should be added to the name of the Society. Since 1848 the Braemar Gathering has been regularly attended by the reigning Monarch and members of the Royal Family.

Glamis Castle, in Angus, has been the family home of the Earls of Strathmore for over 600 years. Glamis was the childhood home of the Queen Mother, Elizabeth Bowes-Lyon, whose parents were Lord and Lady Glamis. At the age of four, Elizabeth’s grandfather, who was the current Earl, passed away and her father inherited the earldom and with it Glamis Castle. The family then divided their time between Glamis Castle and two other royal residences. Glamis has many stories and legends attached to it and is thought to be one of the most haunted castles in Britain. The late Princess Margaret, sister of Her Majesty Elizabeth II, was born in Glamis Castle, the first royal baby born in Scotland since 1600.

The town of St Andrews in Fife lays claim to being the birth town of the love that blossomed between Prince William and Kate Middleton.  Both studied at Scotland’s oldest university which is where they met in 2001. After the announcement of the royal engagement St Andrews University laid claim to the title of Britain’s top match-making university where one in ten of their students meets their future partner.

Prince William and Kate Middleton took the titles of Earl and Countess of Strathearn following their marriage. The Perthshire region of Strathearn, which means Valley of the River Earn, stretches from the central lowlands to the Highlands.  The region has had royal connections since Robert Steward, High Steward was created Earl of Strathearn in 1357. The picturesque areas, which once belonged to Queen Victoria’s father includes the towns of Crieff, Auchterarder and Comrie.

The Royal Yacht Britannia is one of the world’s most famous ships. It was launched at John Brown’s shipyard in Clydebank in 1953 and served the Queen for 44 years. The Britannia carried out 968 voyages for the Queen and the Royal Family, until it was taken out of service in 1994. The Royal Yacht Britannia can now be found in Leith, Edinburgh, where visitors can discover what life was like on board for the Royal Family and the crew and today is one of Edinburgh’s most popular attractions.

Catherine Middleton’s wedding dress was designed by Sarah Burton at Alexander McQueen. McQueen, whose father was Scottish, frequently used tartan in his work. Scotland had its own royal wedding on July 30, 2011 when Zara Philips, daughter of Princess Anne, married rugby player Mike Tindall, at the Canongate Kirk, Edinburgh. The Duke of Edinburgh Prince Charles, Andrew and Edward, all attended Gordonstoun, a school in Moray, Scotland. Whilst Princess Anne followed family traditions and sent both children, Zara and Peter to Gordonstoun. In 1074 King Malcolm 11 was murdered at Glamis, where there was a Royal Hunting Lodge. William Shakespeare’s Macbeth was supposed to have lived in Glamis Castle, the real MacBeth never did.

Of course Scotland is there for all of us to enjoy its rich history, culture, scenery and people and regardless of your bloodline Scotland will roll out a royal welcome mat for you on your next visit.

Have you been to any of the royal sites in Scotland? Tell us and share your story.