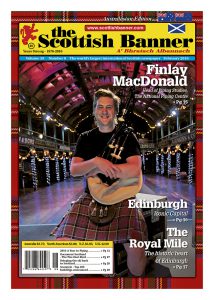 With Valentine’s Day almost here,  we take a look at the next step, Gretna Green!

The month of February brings with it a very special day-one that is full of warm feelings and love. That day of course, is the 14th, St Valentine’s Day. I well recall as a young girl, waking up that morning, and as our mail man usually delivered the mail prior to anybody getting out of bed, (remember those days?),  I would look down the stairs from my bedroom, and there, sure enough, were a handful of card size envelopes, which I hoped (and thought) may be Valentines cards. I bounded down the stairs and seized the envelopes, before running back up to my bedroom where I carefully opened each and every envelope to see who had taken the time to surprise me, on this, the most romantic of days with a Valentines card.

Of course, as I grew older, there were fewer cards as relationships occurred in those days which were more ‘one on one’, being a natural change from the school age relationships when numerous dates -none of which were serious, to those that came later. However, as we age, relationships continue to change. Life ‘happens’ and things often change whether or not we want them to. Others lives change, as well as our own be it due to health issues or simply just a move to another location.

Yet as we are approaching this, the  most  romantic time of the year, let us spend a little time thinking about romance and other important issues of the heart.  Somewhat surprisingly, one of the main romantic locations happens to be in Scotland itself! I refer to the millions of runaway marriages over the years, not only from across the U.K.,  but also from across other parts of the world. This romantic and most unique part of the marital world is Gretna Green.

Why did Gretna Green become the worlds’ most romantic and favourite place for those wishing so  fervently  to marry – yet were unable to do so? Perhaps due  to parental feelings  (quite possibly the bride’s father), who would not give his daughter the permission she so badly wanted from him to marry her new loved one. In the 18th century English law lords approved new laws which tightened marriage arrangements quite considerably. This also meant that couples had to reach the age of 21 before they could marry without parental consent. Another big step for many was the fact that in those days marriages had to take place within a church.

Scottish laws however, were quite different and much more simple. They made many English couples decide that marrying at Gretna Green in the idyllic Scottish Borders, would allow them to marry on the spot, in a simple ‘marriage by declaration’ or ‘handfasting ceremony’. This ceremony required only two witnesses as well as assurances from the couple involved that they were both over the age of 16, (unlike the English and Welsh law which stated the age of 18).  With such a relaxed arrangement, and particularly with Gretna Green being within such easy reach of England, as it is the first village in Scotland.  Further, it was also conveniently located on a main route from London going directly into Scotland. There was no other place to compete with it. Gretna Green was the perfect location to take advantage of simpler marriage laws of the two varying countries.

Sometimes there was also a feeling of haste in the marriage. This might have been partly to do with an angry father of the bride not wanting his daughter to marry the person she had chosen, or perhaps as some other reason.  There were often family feuds about marriage, causing some couples to runaway prior to the rest of the family knowing their plans and therefore try to prevent the marriage itself. If this was the case, as soon as they reached Scottish soil at Gretna Green, the romantic duo could find a place of security where they were able to marry in haste, before angry family members could catch up with them stopping them from what their romantic hearts so badly wanted to do- unite! Yet still more locations have evolved in this very romantic and historic part of the world. Today the Old Blacksmith Shop is associated and best known for Gretna Green Weddings. This has  become an enduring symbol of the romance of the area, with certain ‘Blacksmith Priests’  sometimes, somewhat flamboyant characters who conducted ceremonies in the Famous Blacksmiths Shop, where couples have gone to marry since 1754 still stands there. A modern day blacksmiths shop was created as recently as 1939,  shortly after which came another new idea, that being the ‘Anvil’ blessings. These blessings caused more cash flow to the organisers and were strongly suggested to follow a registrar wedding.

One of the most romantic places on earth

Gretna Green has certainly made its reputation across the world as being one of the most romantic places on earth. Even today thousands of couples are still attracted by its reputation and continue to travel to “The Gateway to Scotland” for their own victuals. The town of Gretna was planned during the First World War. It provided homes for 30,000 employees of a munitions factory that was the biggest in the world,  being an incredible nine miles long. A story was made of the factory at ‘The Devil’s Porridge’ in Eastriggs. Gretna Green itself became famous for being  the ‘marriage capital’ of the UK. It is believed that around 5,000 couples decide to  get married there each year.

In common law, a “Gretna Green marriage” came to mean, in general, a marriage transacted in a jurisdiction that was not the residence of the parties that were being married, to avoid restrictions or procedures imposed by the parties jurisdiction. In 1856 Scottish law was changed to require 21 days’ residence for marriage, and a further law change was made in 1940. The residential requirement was lifted in 1977. Other Scottish border villages used for such marriages were named Coldstream Bridge, Lamberton, Mordington and Paxton Toll.  Yet still Gretna Green is the one that stand out as the most exciting and romantic part of Scotland. Many thousands of young girls plan a romantic wedding at Gretna, however, as they mature a little, many of them decide to have the original wedding, with her husband to be at her side, being ‘given away’ by her father(usually with a tear in his eye, plenty of loving  family to watch). Its’ a little more ‘acceptable’ way of becoming married in a church. Gretna’s status as the ultimate wedding destination remains still today as the village with a population of just 2,700 , hosts almost two weddings per person per year, following the many thousands who have said “ I do” at Gretna since 1754.

This month we also continue our look at the 2016 Year of Innovation, Architecture and Design with a focus on Scotland’s ancient capital, Edinburgh. Regardless of who or what you love, I hope it you enjoy your February.