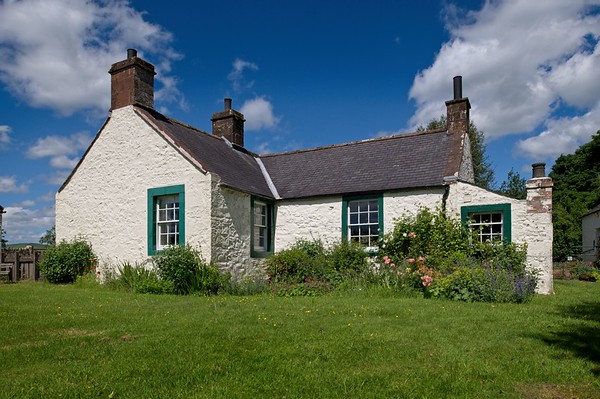 Some of Scotland’s leading architects and heritage experts are to develop a masterplan for the only home built by the poet Robert Burns. A consortium led by Delfinity Limited won the contract to develop a sustainable future for Ellisland Farm and Museum near Dumfries, where the poet wrote Auld Lang Syne and Tam o Shanter.  The £30k masterplan and viability study was commissioned by the Robert Burns Ellisland Trust charity, which has run the site since 2020. The plan will be funded by The Architectural Heritage Fund/Historic Environment Scotland, South of Scotland Enterprise and The Holywood Trust.

The project will explore how to grow audiences and deliver creative learning on the romantic site which was Burns’s first home with young wife Jean Armour. It seeks to improve biodiversity and access, including by foot, bicycle and public transport. Ellisland has 170 acres of land and is the best place to see nature through the poet’s eyes. The site has been run as a heritage attraction since 1928, thanks mainly to the efforts of volunteers.

The masterplan will propose ways to create world class facilities, restore the 1788 buildings and develop new trading income streams as the charity receives no regular public subsidy. The Delfinity team includes Oliver Chapman Architects and HarrisonStevens Landscape Architects who have worked on the sensitive development of Edinburgh’s Old Town and heritage expert Lyndsay Clark whose experience includes projects with the V&A in Dundee and National Museums Scotland. Engagement with local community, cultural and youth organisations is an essential part of the six-month project.

A place to celebrate Burns

Joan McAlpine, Business Development Manager of The Robert Burns Ellisland Trust said: “We are so excited to work with such a talented team of experts. The home of Auld Lang Syne should be recognised around the world as a place to celebrate Burns, nature and Scottish culture. We want more people, especially young people, to be inspired by Ellisland the way Burns was inspired – and also to generate economic benefit and jobs for this part of South Scotland. We will of course reach out to the wider community to develop that vision.”

The appointment of Delfinity is the latest success of the trust, which includes a masterplan and conservation study and the development of new holiday accommodation. The trust grew its membership income five fold in 2021 and has 12 Burns Clubs members in its “1788 Circle”.

In January last year, The Annandale Distillery and The Globe Inn became Ellisland’s first corporate sponsor and in August the trust launched Explore Ellisland, which recreated the site in Minecraft, one of the world’s most popular computer games.